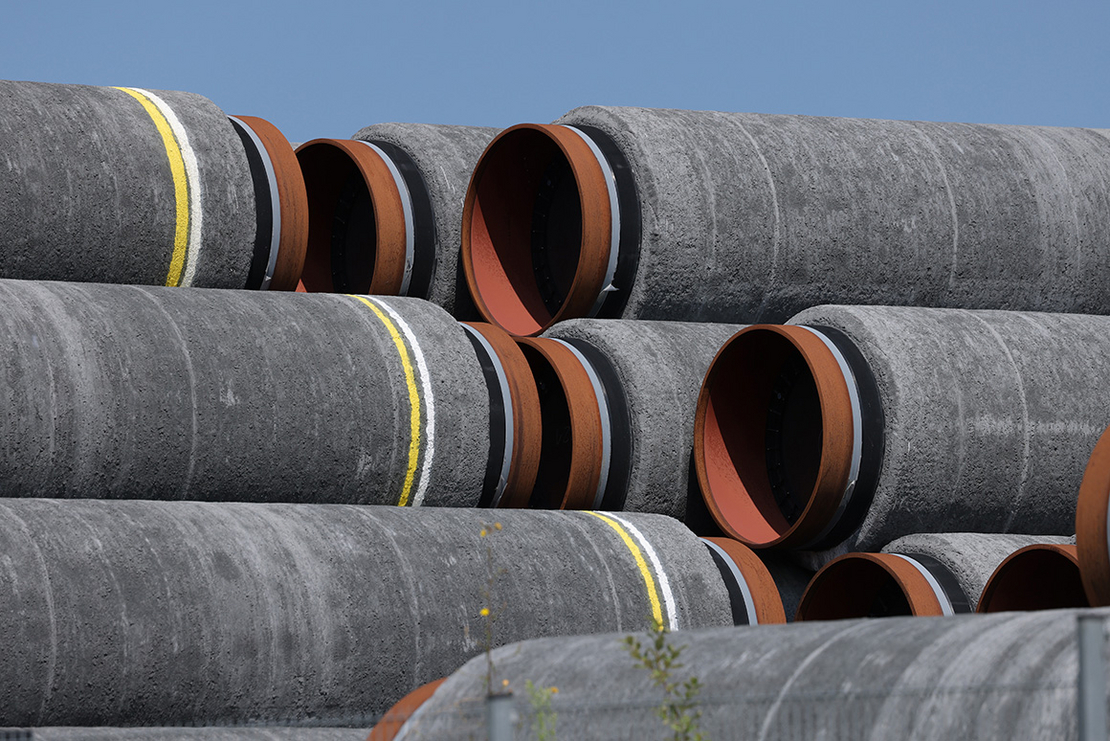 Biden administration officials met with a group of moderate Democratic senators last night to lobby them to vote against the Nord Stream 2 sanctions bill up for a vote this week.

"I think everybody’s learning right now, so I don’t know where the vote ends up," Murphy told reporters. "But I think the administration was pretty powerful and pretty persuasive today."

The legislation would need 60 votes to pass, which would likely mean 10 Democrats would have to break with the president. The vote, expected by the end of the week, is part of a deal between Majority Leader Chuck Schumer (D-N.Y.) and Cruz, to allow confirmation of a tranche of President Biden’s ambassador nominees (E&E Daily, Jan. 10).

Cruz had been holding up the nominees over the administration’s decision last year to waive sanctions on the Nord Stream 2 pipeline, which would transport natural gas from Russia to Germany. The line was completed in September but is awaiting approval from German and European regulators.

The White House, meanwhile, argues that the Cruz bill would undermine its position as it tries to show unity with Germany amid concerns of a Russian invasion of Ukraine.

"His [bill] has nothing to do with Russia policy," Murphy said. "In fact, if this amendment passes, it arguably makes the invasion of Ukraine more likely because it breaks the United States from Germany at a time when we have to be showing solidarity to Russia."

Senate Energy Chair Joe Manchin (D-W.Va.), one of the moderates in yesterday’s meeting, emerged noncommittal about how he would vote.

"I’m going to hear both sides of this argument," Manchin told reporters. "This is the first I’ve heard about how we build this relationship and how important it is to build a relationship with Germany and trust."

Democrats have in the past supported sanctions on Nord Stream 2, a point Cruz and other Republicans have emphasized as they campaign for the bill.

"I don’t know why this is so hard for them," Sen. John Thune (R-S.D.) told reporters yesterday. "I know that they view it as somehow putting the president in a tough spot, but it just seems like this is a huge issue with respect to what’s going on the border of Ukraine."

Senate Foreign Relations Chair Bob Menendez (D-N.J.) is also circulating his own, separate legislation that would impose sanctions on Russia if it invades Ukraine as an alternative to the Cruz bill.

While it’s not expected to come up side by side with the Cruz bill this week, Menendez said yesterday he has been shopping for co-sponsors. The Cruz measure, Menendez noted, has little chance of passing the House and being signed by a president who opposes it.

"It’s circulated for sponsorship," Menendez said of his alternative legislation. "And we think that’s going to bring a large universe of people who know that this is the better way to achieve the goal of not having to invade Ukraine."