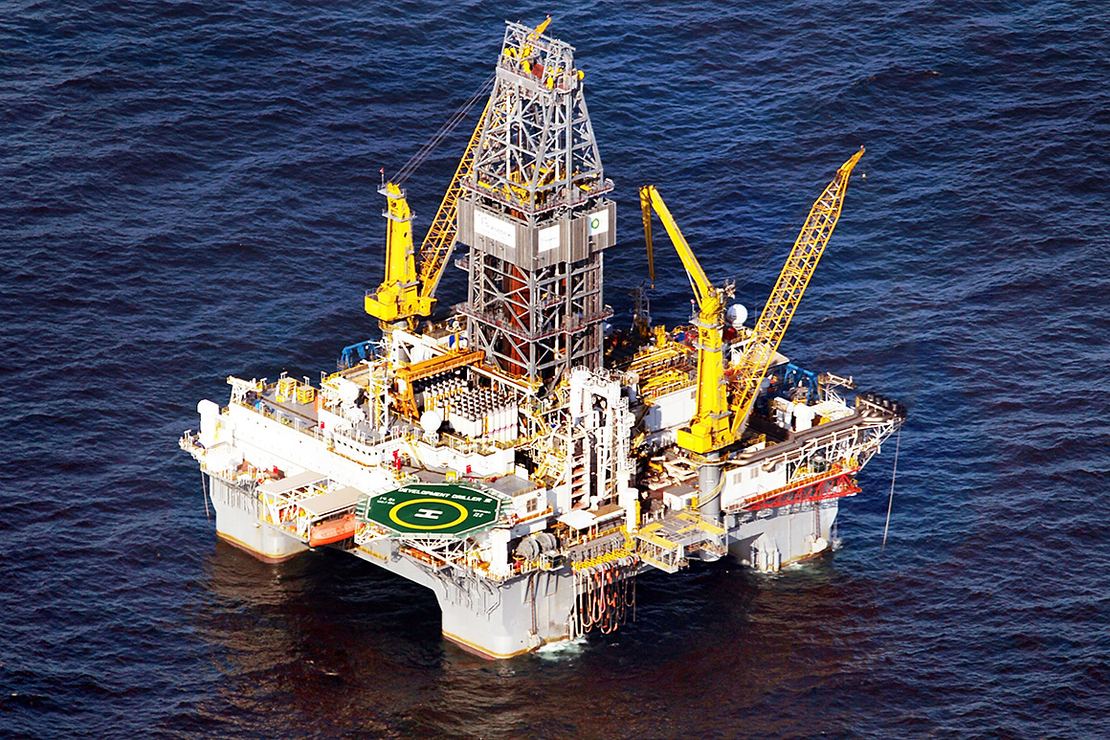 An oil and gas platform in the Gulf of Mexico. Joe Raedle/Getty Images

The White House today advanced an offshore oil and gas plan that laid out two main alternatives: close the ocean to new oil and gas leasing or preserve the status quo by continuing to hold auctions, mostly in the Gulf of Mexico.

The Biden administration published the highly anticipated draft plan without highlighting a preferred decision and is taking public comment for 90 days, with a final decision coming at an unspecified later date.

“This announcement is not a decision — it’s a process step,” an Interior Department official said. “It’s meant to engage the American people, bring them into this conversation. And let it unfold from there.”

The leasing option laid out in the plan envisions scheduling up to 11 oil and gas auctions between 2023 and 2028.

The plan highlights the precarious path President Joe Biden faces in reshaping the federal oil and natural gas program to serve a larger climate agenda during a period of high energy prices.

With the plan not finalized, offshore leasing will not restart until at least next year.

The draft does propose limiting potential leasing to areas with existing oil and gas infrastructure and active activity, cutting out the Pacific, Atlantic and Arctic oceans. It weighs up to 10 lease auctions in the Gulf and one potential sale in Alaska’s Cook Inlet. But administration officials said the final plan could have fewer or none depending on public comment.

The regional restriction would do little to disrupt oil and gas activities. Right now, the Gulf of Mexico is in effect the only offshore oil and gas region in the country, responsible for roughly 97 percent of offshore production.

If the final proposal moves forward with leasing, it could follow the strategy the administration so far has carved out for its onshore oil and gas decisions, where it hasn’t embraced calls to end new leasing or drilling but restricted the public lands that will be made available for development and increased the royalties drillers pay for producing public minerals.

The Biden administration had come under fire for not proposing a draft offshore leasing plan sooner, with GOP lawmakers and the oil industry expressing frustration at what they saw as a de facto leasing moratorium that continued even after a federal judge ordered an end to the pause on new auctions ordered by Biden when he first took office.

Sen. Joe Manchin (D-W.Va.) said in a statement he was pleased the administration had released the plan but disappointed by its consideration of no new leasing.

“Our leasing programs are a critical component of American energy security,” he said. “I hope the Administration will ultimately greenlight a plan that will expand domestic energy production, done in the cleanest way possible, while also taking the necessary steps to get our offshore leasing program back on track to give the necessary market signals to provide price relief for every American.”

In a statement, the U.S. Chamber of Commerce slammed the proposal as “more mixed signals” from the Biden administration and “another punch in the gut to consumers and businesses suffering from high energy prices and inflation.”

“Reliable, affordable energy requires long term planning, a government-wide approach and clear signals to the market. This proposal provides none of that,” Marty Durbin, president of the chamber’s Global Energy Institute, said in the statement.

“Our public lands and waters are already responsible for nearly a quarter of the country’s carbon pollution each year,” he said. “Adding any new lease sales to that equation while the climate crisis is unfolding all around us is nonsensical.”

That feeling was echoed by Hallie Templeton, legal director at Friends of the Earth, who criticized Biden’s “empty climate promises.”

“We are devastated that the administration continues to capitulate to fossil fuel interests,” she said in a statement. “We will continue fighting for the health and livelihoods of our neighbors in the Gulf South and Alaska who have unjustly suffered as a sacrificial zone to Big Oil for generations.”