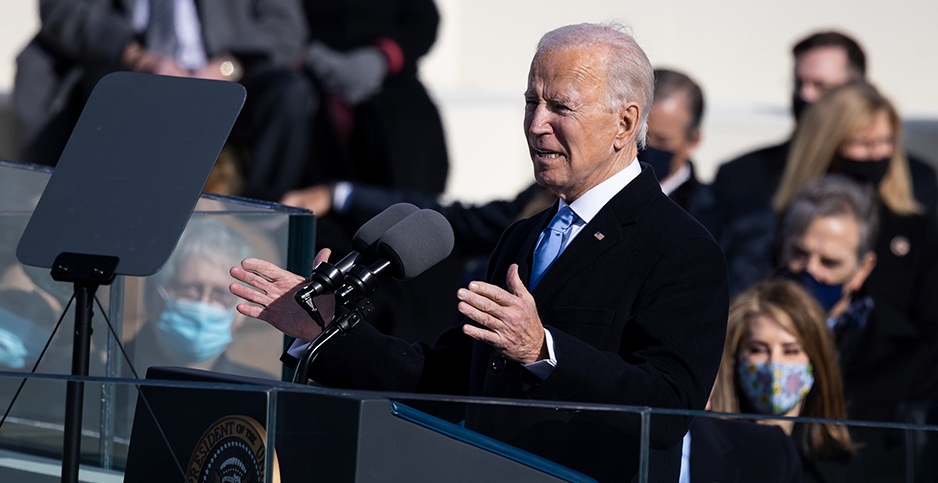 The order, "Protecting Public Health and the Environment and Restoring Science to Tackle the Climate Crisis," details a long list of Trump environment and energy policies the incoming team will scrutinize in its first days in office.

In a press release today, the Biden transition team said the order includes a "nonexclusive" list of actions. It spans several agencies, from EPA to the departments of the Interior, Commerce and Justice.

On the list are high-profile Trump initiatives that weakened protections on air pollution, water quality, toxics and ecosystems.

Specifically, Biden points to the Trump rewrite of National Environmental Policy Act rules. A review is a priority for environmental justice advocates who want to secure public participation in Black and other minority communities often plagued with pollution.

At EPA, the Biden team identified the highly controversial science "transparency rule" that restricted what research the agency can use in rulemaking. At Interior, rules that narrowed definitions for endangered species and critical habitat are on the list.

Other actions the new Biden administration will scrutinize, according to a fact sheet, include pipeline permits and energy efficiency standards.

Regulatory scholars expressed amazement this morning that the Biden team was so thorough in its public list of rules. Sources could not recall the same occurring at the beginning of the Trump or Obama administrations.

"It is an unusually long list of regulations to be reviewed," said Richard Revesz, whose name has been floated as a potential White House regulatory chief. "The reason for the unusual length of this list is that no prior administration has ever taken so many actions that do so much harm to the health of the American people and the environment."

Kristine Simmons, vice president at the Partnership for Public Service, noted that Biden has an ambitious agenda that includes forward-looking changes as well as rolling back Trump actions.

"It is no surprise that the Biden team is exercising executive authority where it is in their power to do so — but I cannot recall an administration that has moved on so much, so quickly," she said in a statement.

"The Biden-Harris administration will need to work with Congress to get things done, but Congress rarely moves quickly unless it is a time of crisis."