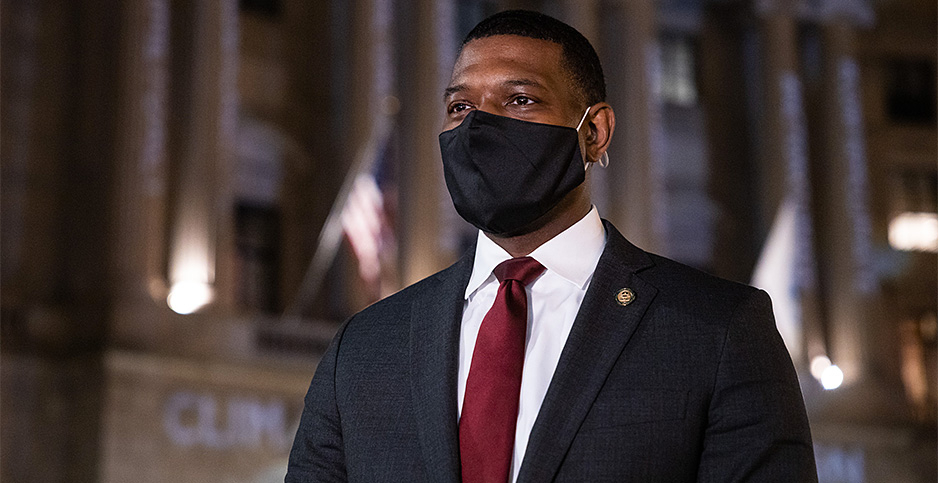 The Biden administration’s strategy for cracking down on “forever chemicals” could open the floodgates to a new era of litigation — and upend some existing legal battles.

Among the potential actions in EPA’s road map for addressing per- and polyfluoroalkyl substances — or PFAS — is a proposal to list two of the chemicals as hazardous substances under federal Superfund law (Greenwire, Oct. 18).

Such a step could lead EPA to revisit former cleanup sites that may still contain PFAS, which have been linked to health problems including cancer. And a listing under the Comprehensive Environmental Response, Compensation, and Liability Act (CERCLA) would represent a definitive statement from the federal government that PFAS are harmful to human health, said Jessica Ferrell, a partner at the firm Marten Law LLP.

“That would address some arguments that have been made by manufacturers that things aren’t as toxic — or not to the level that plaintiffs or public health entities have alleged,” she said.

PFAS are a set of thousands of chemicals that are used in a range of products from nonstick pans to firefighting gear. Because the chemicals are so widely used, they are now present in the blood of most humans.

EPA’s road map contains a long list of proposed actions, including listing two types of PFAS — PFOA and PFOS — under CERCLA, which would require facilities to report on releases of the chemicals and would help stakeholders obtain information about where the substances are present. A proposed rule is expected next spring, and a final rule is expected in summer 2023.

The agency said it would also seek public input on whether a similar listing should be made for other PFAS, with an advance notice of proposed rulemaking expected next spring.

PFAS are already the focus of a complex web of legal battles across the country, including a massive multidistrict legal action in the U.S. District Court for the District of South Carolina.

Judge Richard Gergel, who is presiding over the multidistrict litigation (MDL), recently selected a set of bellwether cases — or sample trials — to help gauge the likely outcome of the larger body of challenges. In selecting cases with the highest chance of success, the judge, an Obama appointee, focused on PFAS contamination claims from water system providers, rather than challenges involving cleanups of military sites where the chemicals might be present.

A CERCLA listing could change the likelihood of success of a cleanup challenge, said Ferrell, who represents municipal and water district challengers in PFAS litigation, including the South Carolina MDL.

“Every plaintiff in the MDL would probably amend their complaints to add CERCLA causes of action,” Ferrell said. She later added: “That wouldn’t just add claims but would bring in a whole different subset of defendants.”

For example, some statements in the plan appear to be at odds with the federal government’s defense in a challenge to require National Environmental Policy Act review of the incineration of firefighting foam containing PFAS at Defense Department facilities in Ohio, said Earthjustice senior attorney Jonathan Kalmuss-Katz.

Each step of the PFAS life cycle — from manufacturing to disposal — “creates environmental contamination and human and ecological exposure,” EPA wrote in its road map.

Kalmuss-Katz said DOD’s position in the incineration case Earthjustice filed has an “alarming disconnect” from what the EPA said about disposal in its road map.

“This is an area that requires further study, and until that study is complete,” he said, “we can’t be sure.”

In addition to proposed rulemaking, the Biden team’s PFAS road map also sets out targets for reaching a better understanding of the human health impacts of the chemicals.

New evidence about the effects of PFAS contamination in humans and the environment could add new weight to legal claims over the chemicals, some lawyers say.

One attorney who has represented PFAS manufacturers also posited that the new research could help the government set better regulatory boundaries on the substances, rather than rushing out wide-reaching rules.

“In terms of heavily regulating at this stage without better information, I’m not keen on that idea,” said Jeffrey Dintzer, a partner at the law firm Alston & Bird.

The American Chemistry Council, an industry group for the chemical manufacturing sector, said it also opposed regulating PFAS as a class.

Chemical manufacturers like 3M Co. and Chemours Co. highlighted voluntary efforts to reduce PFAS discharges and said they remain committed to working with the Biden administration, even if they disagree with some of the plan’s specifics.

Health advocates have said the chemicals should be regulated as a class, arguing that a piecemeal approach would leave communities vulnerable to exposure.

A class approach could also help clarify liability, said Jordan Connors, a partner at the firm Susman Godfrey LLP who has been involved in PFAS litigation in North Carolina.

In some cases, he said, companies facing scrutiny can easily shift from using one chemical to another that’s still under the PFAS umbrella.

“It may take decades for regulators to catch up,” Connors said.