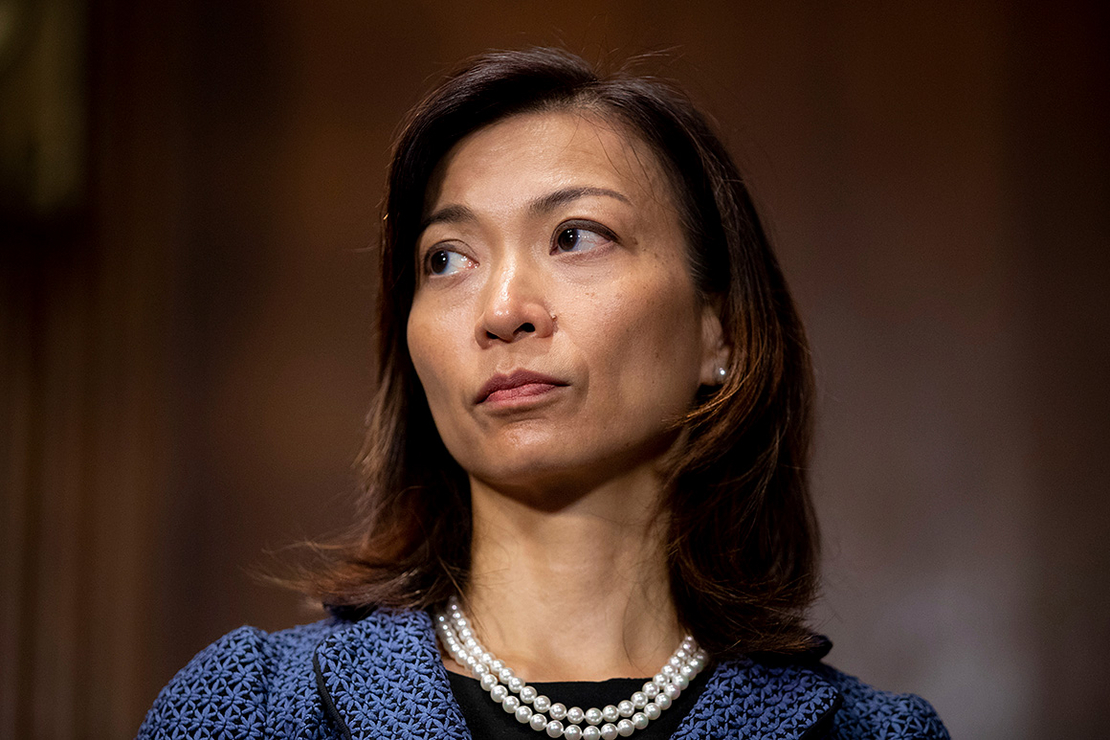 Judge Florence Pan would fill the seat vacated by Ketanji Brown Jackson, who was confirmed to the Supreme Court just one year after Biden appointed her to the U.S. Court of Appeals for the District of Columbia Circuit.

The bench is often the final stop for legal fights over environmental rules from EPA and other agencies.

Before that, she worked at the Treasury Department and the Justice Department.

Pan began her legal career as a clerk for judges in the U.S. District Court for the Southern District of New York and the 2nd U.S. Circuit Court of Appeals.

She is a University of Pennsylvania and Stanford Law School graduate.

Pan is the third judge Biden has tapped to serve on the D.C. Circuit. In addition to Jackson, the president has selected J. Michelle Childs for the seat vacated by Judge David Tatel, a Clinton appointee who said last year that he would enter semi-retirement as soon as Biden chose his replacement.

Childs, who was also among Biden’s potential choices to replace retiring Supreme Court Justice Stephen Breyer, is up for a Senate Judiciary Committee vote tomorrow (E&E Daily, May 23).

Rachel Bloomekatz would fill a vacancy on the 6th U.S. Circuit Court of Appeals. She is currently a solo practitioner in Columbus, Ohio, and has previously worked in private practice and as assistant attorney general in Massachusetts.

The former Breyer clerk is a Harvard University and UCLA School of Law graduate.

Doris Pryor would ascend to the 7th U.S. Circuit Court of Appeals. The former public defender is currently a magistrate judge for the Southern District of Indiana.

She is a graduate of the University of Central Arkansas and the Indiana University Maurer School of Law.