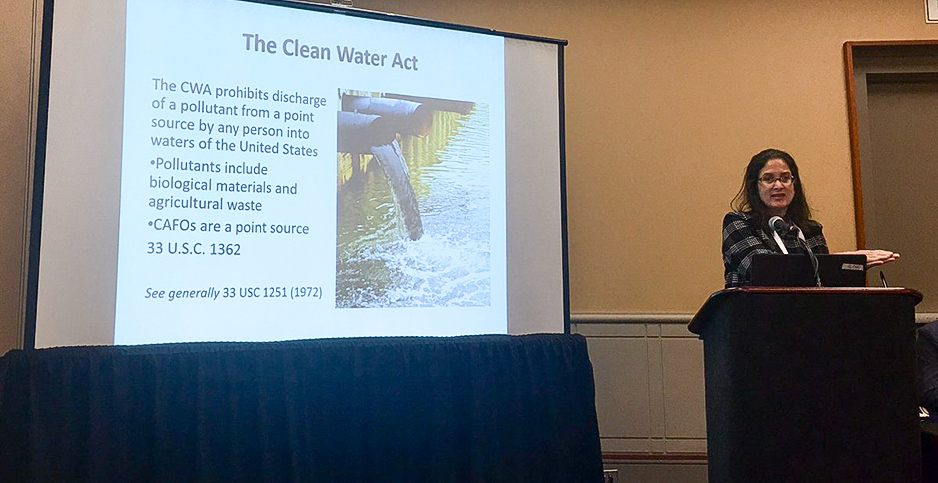 One of the country’s leading experts on environmental civil rights started serving yesterday as EPA’s deputy general counsel for environmental initiatives, a move viewed as a step toward President Biden’s commitment to environmental justice.

In a statement, Engelman-Lado said Biden is the "first president that has really committed their platform to addressing issues of inequality in the environmental sector and this is the moment to bring higher visibility to those who have been negatively impacted by environmental injustices."

Her appointment arrives on the heels of Biden’s far-reaching executive order to impose a governmentwide approach to elevate environmental justice and address the disproportionate pollution burdens faced by many communities of color.

That includes the creation of an interagency council on environmental justice at the White House and a refocusing of the Justice Department on EJ issues (Greenwire, Jan. 28).

Engelman-Lado has dedicated her career to environmental civil rights.

She has filed multiple complaints to EPA under Title VI of the Civil Rights Act, which is supposed to prohibit discrimination by entities that receive federal funds.

In theory, Title VI would be a key mechanism for communities facing disproportionate pollution burdens to seek remedies. But EPA has historically failed to take action on Title VI complaints, leading to sharp criticism — including from Engelman-Lado.

EPA has "one of the worst civil rights enforcement offices in the U.S. government," she told E&E News last year.

Engelman-Lado has been a key lawyer in filing Title VI complaints stemming from power plant pollution in Michigan, as well as coal ash dumps and landfills in Alabama. And she has represented local communities in suing the agency when it didn’t take action on those complaints.

Engelman-Lado is now a professor at Vermont Law School, and has previously worked at Yale Law School, Earthjustice, and the NAACP Legal Defense and Educational Fund. Vermont Law School praised her appointment yesterday in a statement, including noting that she established the school’s Environmental Justice Clinic.

"Marianne is the perfect person at the perfect time to get EPA’s EJ program on the right track," said Vermont Law School professor Pat Parenteau. "She is an accomplished civil rights lawyer with deep expertise in environmental law. She has earned the respect of the EJ communities by spending time with them, listening to their concerns, understanding their priorities, and designing strategies to achieve their objectives through the law."

Engelman-Lado and others sent the Biden transition team a list of executive and legislative recommendations before the presidential inauguration to reverse Trump administration policies and "move the nation closer to the constitutionally-guaranteed promise of equal protection before the law to achieve environmental justice."

The groups are calling on the Biden administration to take concrete steps to support community-based monitoring in fence-line communities, ensure that resources are reaching the communities most affected and overhaul civil rights enforcement.

"Communities of Black, Indigenous, and People of Color (BIPOC), as well as low-income communities, are confronting the cumulative impacts of public health and economic crises, on top of environmental and climate risks and perpetual state-sanctioned violence," they wrote.