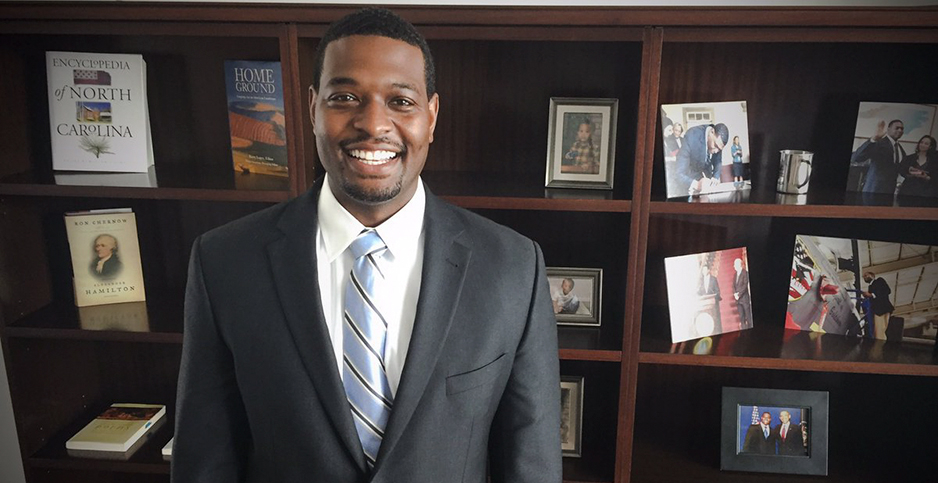 Regan, 44, has served at the state environmental agency since 2017 and previously worked at EPA. If confirmed, Regan would be the first Black man to lead the agency.

Reuters first reported that Regan has been chosen for the EPA job, followed by multiple news outlets.

Neither Regan nor Biden’s transition team responded to a request for comment from E&E News for this story.

"Once you get past [California air regulator] Mary Nichols and [former EPA chief] Gina McCarthy, there aren’t a lot of people that have a national profile," said a source close to the transition. "There are some people that were mentioned in the press stories about who might make some sense, but none of them had the kind of background and knowledge and expertise that Regan has."

As head of North Carolina’s state environmental agency, Regan has been in the center of issues he will have to deal with on a national scale if he is confirmed to lead EPA.

He has helped win settlements to clean up GenX chemicals, which are types of per- and polyfluoroalkyl substances, and coal ash storage ponds.

Regan also helped draft a climate change plan to make North Carolina carbon neutral by 2050, making the state the first in the Southeast to set such goals, and created an environmental justice board to advise his department.

Before coming to North Carolina’s Department of Environmental Quality, he founded his own consulting firm and worked at the Environmental Defense Fund.

He also spent nearly 10 years at EPA during the Clinton and George W. Bush administrations, including as a national program manager for the agency’s Office of Air Quality Planning and Standards.

If confirmed as administrator, Regan is expected to lead a change of direction at EPA, which will be at the forefront of the Biden administration’s effort to fight climate change and for environmental justice.

The agency had been targeted for budget cuts and rollbacks of environmental rules under President Trump.

Environmental groups were quick to laud the choice today.

EDF President Fred Krupp praised Regan’s work at the North Carolina DEQ. "He quickly restored morale and then solved big problems by respecting science and bringing together people with different views — that’s how he’s been so effective protecting public health and the environment in North Carolina’s divided government."

In North Carolina, Regan "has led a large and complex agency with skill, openness to new ideas and a determination to achieve real results for the people of his state," Krupp said. "The selection of Michael Regan makes it clear that Joe Biden is serious about making real progress on climate change, improving public health and addressing environmental justice. He will ensure that science, law and a commitment to a healthier future will be at the center of America’s environmental policies."

Earthjustice President Abigail Dillen said: "As EPA Administrator, Regan will play a key role in solving the climate crisis and protecting the health of all communities. We will do everything in our power to support and push Regan to repair the damage done by the Trump administration, take bold action on climate solutions, and genuinely address environmental injustice that has been allowed to go on too long."

"North Carolina’s loss will be America’s gain," said Dan Crawford, director of governmental relations for the N.C. League of Conservation Voters. "With Michael Regan, President-elect Biden continues adding to his historically qualified and diverse Cabinet. … Regan has gone to bat for North Carolinians against polluters, and now the rest of the country will get to benefit from his leadership. North Carolina’s loss will be America’s gain."