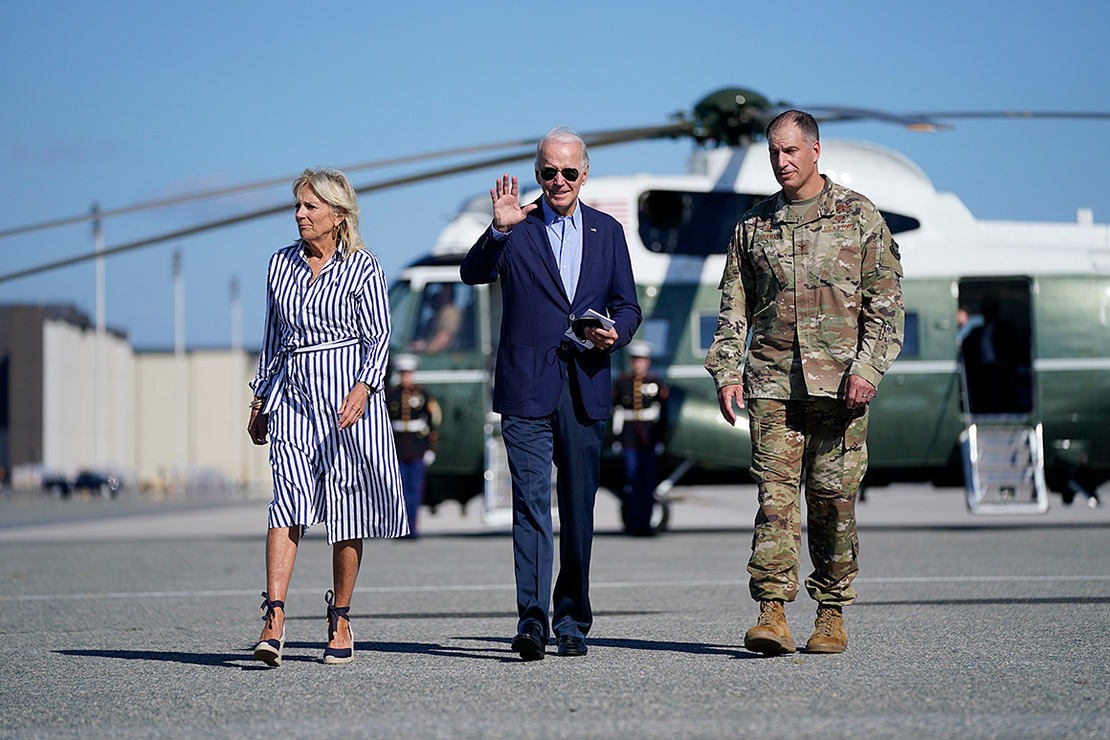 President Joe Biden and first lady Jill Biden walk to board Air Force One for a trip to Kentucky to view flood damage. AP Photo/Evan Vucci

“We’re staying until everybody’s back to where they were,” Biden said today as he toured the state with Kentucky officials.

Dozens of people were killed after the state experienced historic flooding. The National Weather Service has warned of more thunderstorms through Thursday (Greenwire, Aug. 8).

Biden pointed to bipartisan infrastructure legislation as a resource that can help the state rebuild. If a community is rebuilding a water line, he said, it can also dig a new line for internet connections.

“We’re gonna come back better than before,” the president said. “We’re the only country in the world that has come out of every major disaster stronger than we went into it.”

At least 37 people have died in the state since a historic storm dropped 8 to 10 ½ inches of rain in only 48 hours, according to the Associated Press.