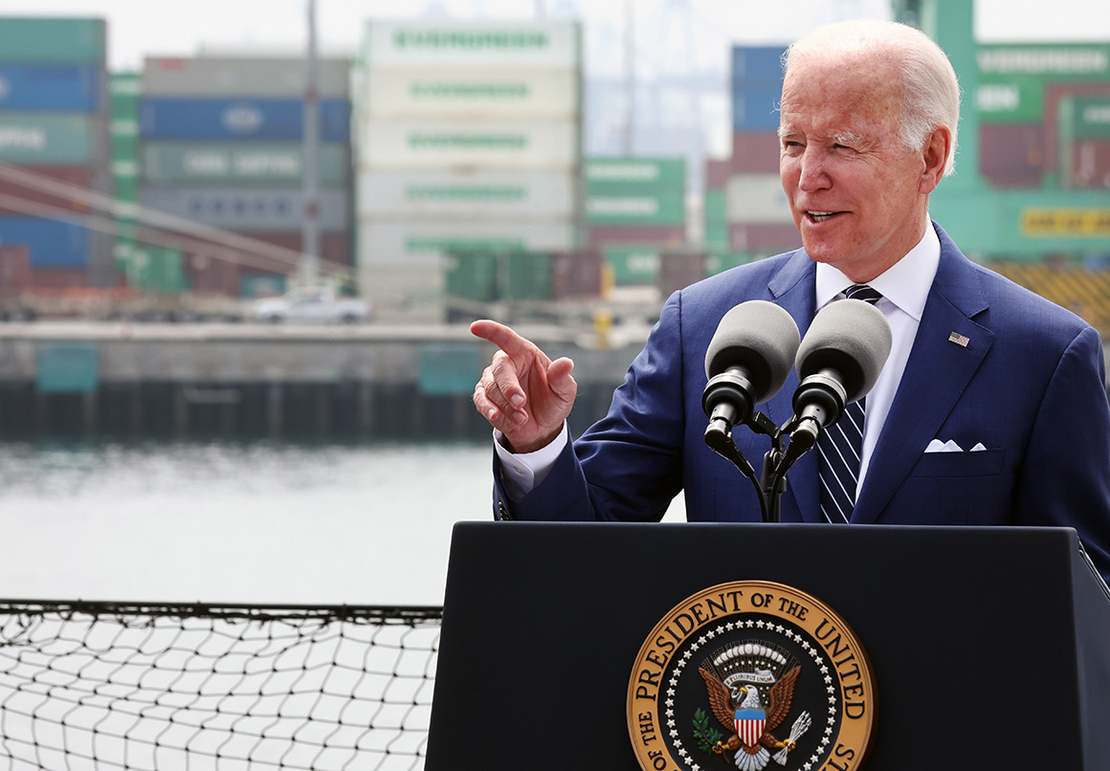 President Joe Biden has called on U.S. oil refiners to produce more gasoline and diesel. Biden is pictured at the Battleship USS Iowa Museum at the Port of Los Angeles on Friday. Mario Tama/Getty Images

President Joe Biden stepped up his election-year rhetoric against oil companies today, telling the country’s seven biggest refiners that their profit margins are “not acceptable” and asking them to help lower prices.

The pandemic caused several refineries to close in 2020 and 2021, and the Russian invasion of Ukraine this year boosted oil prices. That combination, along with pent-up demand from American drivers, has allowed refiners to squeeze more profit out of each barrel they process into fuel (Energywire, May 5).

In a letter to the refiners’ top executives, Biden called on the companies to ramp up their production of gasoline and diesel and said he’s considering unspecified executive action to reopen refineries that were closed during the pandemic. He also asked Energy Secretary Jennifer Granholm to hold an emergency meeting on fuel prices.

In a briefing today, White House press secretary Karine Jean-Pierre pointed to executive powers such as the Defense Production Act as mechanisms that Biden could use to increase domestic output. But she said that his first step will be to start a dialogue with oil companies.

“The letter is intended to solicit companies’ best ideas on how to increase capacity,” Jean-Pierre said, “and how the government can help them do it in the spirit of the earnest and pragmatic dialogue.”

“I understand that many factors contributed to the decision to reduce refinery capacity, which occurred before I took office,” Biden wrote in his letter. “But at a time of war, refinery profit margins that are well above normal being passed directly onto American families are not acceptable.”

Biden noted that the price of oil has remained steady at about $120 a barrel since March, but the price of gasoline has gone up 75 cents a gallon, from about $4.25 to more than $5 a gallon this week. The letter was sent to Exxon Mobil Corp., Chevron Corp., Phillips 66, BP America, Shell PLC, Marathon Petroleum Corp. and Valero Corp.

Gasoline prices are a major driver of inflation, which has hit its highest point in 40 years, and a political headache for Biden. The Energy Department announced in March it would release 1 million barrels of crude a day from the Strategic Petroleum Reserve, but fuel prices have continued to rise.

Biden sought to shift some of the blame to the oil companies themselves, saying Friday that Exxon “made more money than God this year” and was more interested in buying back its own stock than in raising oil production and helping consumers (E&E News PM, June 10).

The administration has taken a series of steps aimed at controlling the price of oil, including the Strategic Petroleum Reserve releases. Biden is scheduled to meet in July with leaders in Saudi Arabia, which has a strong influence on world oil prices as the de facto head of OPEC.

Exxon said in a statement it has already invested in additional refinery capacity and plans to bring on about 250,000 barrels a day.

“We kept investing even during the pandemic, when we lost more than $20 billion and had to borrow more than $30 billion to maintain investment to increase capacity to be ready for post-pandemic demand,” the company said.

Like many oil producers, the refining companies have said through their trade groups that Biden’s focus on climate change and the energy transition is creating obstacles for the industry.

“Any suggestion that U.S. refiners are not doing our part to bring stability to the market is false,” Chet Thompson, president of the American Fuel and Petrochemical Manufacturers, said in an emailed statement. “We would encourage the Administration to look inward to better understand the role their policies and hostile rhetoric have played in the current environment.” 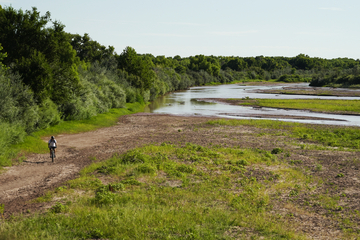