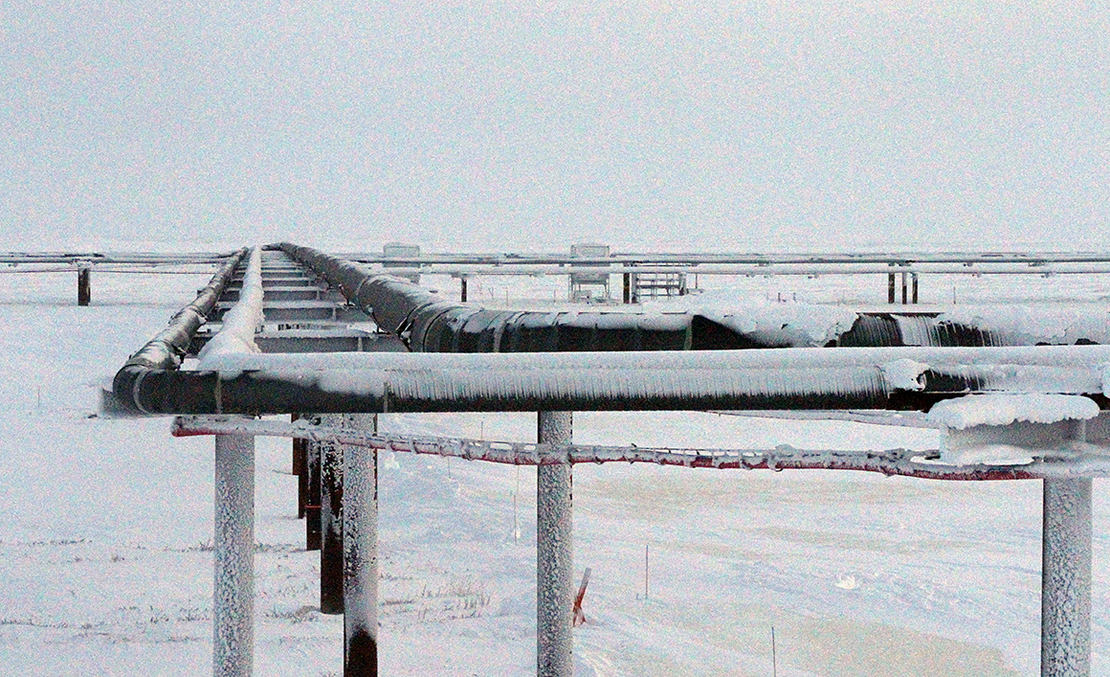 The Biden administration released yesterday a long-expected management plan for the National Petroleum Reserve-Alaska, allowing potential drilling across roughly half of the 23-million-acre swath of public land in the Arctic Circle.

The final decision reverses a Trump-era plan that had opened the majority of the reserve to oil and gas leasing. It comes as the White House faces tensions on both sides of the political divide for its energy policies, with demands on the left to shut down oil development on federal lands to combat climate change and criticism on the right for not making it easier to drill on public land amid rising gas prices.

The record of decision, issued by the Bureau of Land Management, doesn’t remake the wheel for the NPR-A.

It reverses the controversial Trump-era plan — called an integrated activity plan (IAP) — that had opened 82 percent of the reserve’s lands to oil and gas prospectors, and it reinstates the previous management plan, penned under the Obama administration in 2013.

The restored IAP protects nearly half of the reserve’s untrammeled lands, including caribou and avian habitats, from oil and gas leasing, as well as includes new stipulations for potential drilling, like revised operating standards to protect endangered species.

The Interior Department declined to respond to questions about today’s decision. But BLM noted in its announcement of the decision that it was in line with Interior Secretary Deb Haaland’s priorities, “including the review of existing oil and gas programs to ensure balance on America’s public lands and waters to benefit current and future generations.”

Biden’s decision to reinstate the 2013 plan was expected. The administration noted in a court filing in January that it would reissue the record of decision, nulling the Trump-era changes. The White House had also flagged the NPR-A’s management plan for review shortly after taking office, and Biden officials have noted that the Trump-era decision to greenlight oil prospecting in most of the reserve was inconsistent with Biden’s climate and environmental goals.

“Former President Trump’s last-minute move to strip protections from millions of acres in the Western Arctic Reserve was simply unacceptable,” said Jenny Rowland-Shea, deputy director for public lands at the Center for American Progress. “Returning to the 2013 management plan is the right decision and will restore balance to an area that contains millions of acres of wilderness-quality lands, subsistence resources, and critical habitat for species ranging from caribou to beluga whales.”

But conservationists also urged the Biden administration to more aggressively bar future oil and gas development in the reserve.

“The Western Arctic is the next major front in the fight to address the climate crisis on our nation’s public lands,” said Kristen Miller, conservation director for the Alaska Wilderness League. “The Biden administration should move quickly to put in place durable regulations and protections for the Reserve that recognize the realities of the climate crisis and that are not reliant on which party controls the White House.”

The new record of decision is likely to inflame further political tensions with lawmakers, including the Alaska delegation, who have criticized the Biden administration for not regularly holding oil and gas auctions or supporting fossil fuel development on federal land.

Sen. Dan Sullivan (R-Alaska) tweeted yesterday that the new IAP blocks significant lands from potential oil production. The president is “not doing all he can to ease gas prices,” he said, a reference to Biden’s promise to address rising energy costs.

While the new IAP technically still allows oil and gas leasing in half of the reserve, the Biden administration has not yet said when, or whether, it will hold oil and gas lease auctions there. Interior has been reticent to hold such lease sales since taking office and has only conducted one auction to date. Several more are scheduled for the summer, but officials have been adamant that they are holding those sales because of a court mandate.

BLM has held a yearly oil auction in the NPR-A since 2010. That streak was broken in 2020, when the Trump administration did not hold an auction due to the pandemic-depressed oil and gas industry.

The NPR-A is the subject of so much interest, in part, because of a proposed massive oil and gas project that would entrench drilling in the reserve for decades.

The reserve, set aside in 1923 by President Warren G. Harding as a potential fuel source for the U.S. Navy, is the largest contiguous block of public land in the country. It constitutes the western side of Alaska’s North Slope, an oil- and gas-rich area that’s been the state’s primary economic resource since drilling in the Prudhoe Bay oil field took off in the 1970s and ’80s.

Little of the historic North Slope oil interest landed in the reserve, but the Biden administration is presiding over a potential reformation of the reserve’s oil prospects due to recent oil discoveries, primarily through its consideration of ConocoPhillips’ $6 billion Willow oil and gas project.

Willow was approved at the tail end of the Trump administration, but that decision was reversed by a federal judge over climate and environmental concerns. The Biden administration is now compiling a supplemental environmental review to address the issues flagged by the court.

Many environmental and Alaska Native organizations are pushing the White House to block Willow and thus stymie expanded drilling in the NPR-A. The project’s supporters, however, have argued that Willow offers long-term energy security to the country and economic certainty for Alaska.