Biden rolls out equity plans for more than 90 agencies 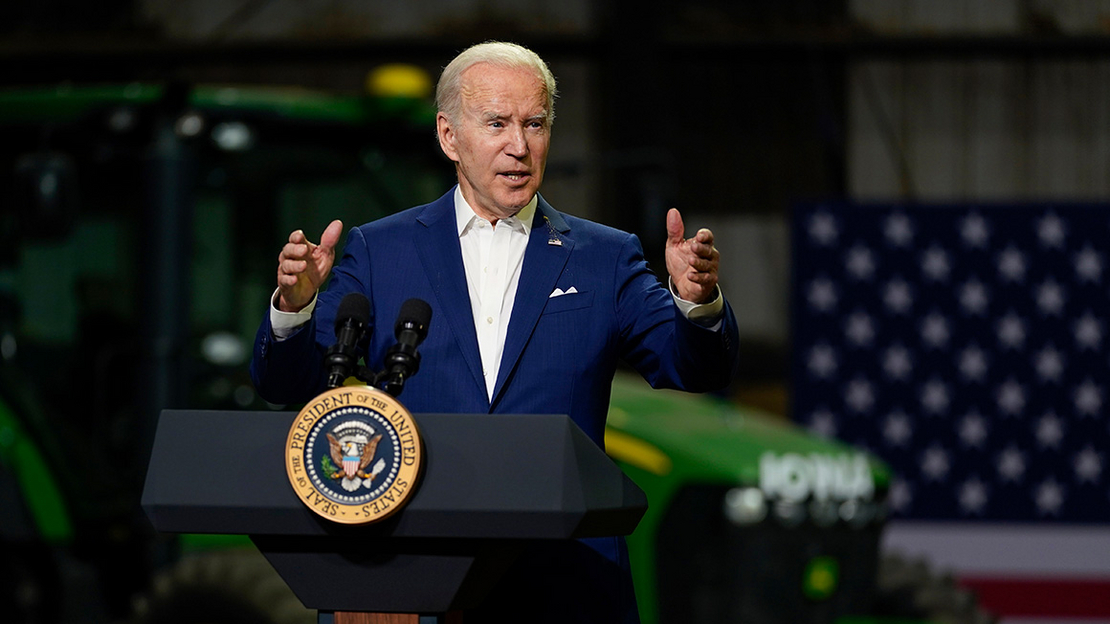 President Joe Biden is pictured speaking at Poet Bioprocessing in Menlo, Iowa, on Tuesday. The Biden administration has released hundreds of strategies it's taking or will take to boost equity across the federal government. The strategies announced today are the product of an executive order Biden signed on his first day in office. Carolyn Kaster, File/AP Photo

More than 90 federal agencies — including every Cabinet-level agency — released “equity action plans” aimed at combating “the systemic barriers in our nation’s policies and programs that hold too many underserved communities back from prosperity, dignity and equality,” the White House said.

The plans include EPA’s intent to “proactively” go after civil rights compliance, while the Interior Department takes a closer look at who is benefiting from the nation’s national parks.

The effort stems from an executive order President Joe Biden issued on his first day in office directing his administration to tackle “entrenched disparities in our laws and public policies.”

Advancing equity, Biden said, “is not a one year project. It’s a generational commitment.”

Here’s what’s in the energy and environmental agencies’ plans:

Among them, the agency plans to develop a framework to assess the cumulative impacts of its decisions on populations and communities. The agency intends to look at the accumulation of multiple environmental and social stressors, such as persistent poverty and noise pollution.

The agency “has not fully used its civil rights implementation and enforcement authority to vigorously enforce federal civil rights laws,” the plan says. Instead of being “primarily reactive” and responding only to complaints, the agency intends to shift its external civil rights program to “proactively initiating compliance activities.”

The agency also intends to expand its use of science conducted by communities into EPA’s research and programs, and make its procurement and contracting more accessible to small, disadvantaged and underrepresented businesses.

“EPA is working to live up to its promise to protect human health and the environment made to all people in our country more than 50 years ago,” Administrator Michael Regan said in a statement. “We can only do this by acknowledging the adverse effects of policies and regulations that have historically kept too many communities out of the room and leading the way in breaking down the barriers that have stood for far too long.”

The document includes a recitation of steps Interior has already taken during the Biden administration, as well as a number of specific action items on the to-do list. They range from better data collection about national park visitors to more partnerships with nonprofits.

“We must continue to proactively ensure that historically underrepresented communities benefit from our efforts to address the climate crisis and make our nation’s public lands and waters accessible and welcoming to everyone,” Interior Secretary Deb Haaland said.

Haaland was one of six Cabinet secretaries to participate in the White House’s rollout event today.

Interior’s plan, for instance, acknowledges that the department “has relatively limited reliable data about visitor characteristics across DOI managed lands.” More visitors’ data would improve the department’s understanding of who is visiting public lands and who is not, the plan states.

Interior says it will more systematically track visitation data including demographics. It will also monitor grants that support underserved communities and track the number of partnerships with nonprofits to provide free or low-expense and disability-inclusive recreation opportunities.

“We heard during listening sessions and through public comments that access to nature and public lands would be challenging for many people,” Haaland said this morning. “It’s something I experienced firsthand when I would plan trips for my mom, who used a wheelchair for the last part of her life.”

In a related quest for better data, Interior’s plan says the department will be modifying the contract writing system to collect readily analyzable information on all vendors who submit proposals in addition to vendors who are awarded contracts.

“Through its listening sessions, the Department learned that many Tribes are either unaware of the range of grant opportunities available to them and/or lack the technical capacity or time required to apply for grant opportunities,” the plan states.

Interior added that “the demand for grants nearly always exceeds the funding available.” For example, of the total Office of Indian Economic Development program grants that were submitted from 2017 to 2020, 29 percent of the applications were funded.

The department says it will provide technical assistance to underserved communities, with several pilot projects being coordinated with tribal colleges and universities to reduce barriers, such as classes geared specifically toward the grant-writing process.

DOE plans to address gaps in its data collection. The current approach limits visibility into who is participating in its business opportunities, outreach events and programs, the agency said.

The agency aims to increase opportunities for new applicants to access DOE funding opportunities and increase participation in research and development and financial assistance programs.

DOE will consider creating new positions to expand engagement with tribal nations, underserved communities and other historically underrepresented groups and to increase the public’s awareness of agency activities.

The agency also plans to reduce delays for low-income households getting weatherization assistance.

DOE also today unveiled a commitment of up to $102 million in funding and support for historically black colleges and universities and other minority serving institutions.

“Today we are creating transformative change throughout DOE that will break down barriers to funding and investments and forge stronger bonds with HBCUs and MSIs,” Energy Secretary Jennifer Granholm said in a statement. “The return on that investment will be profound: cultivating the scientific brilliance honed at these institutions to strengthen U.S. competitiveness in a new net-zero economy. “

The Federal Emergency Management Agency said in its equity plan that it plans to close “the flood insurance gap to increase the financial resilience of flood-prone, low-income households.”

FEMA is also “promoting equitable outcomes for disaster survivors by increasing eligibility for and access to assistance programs for underserved and vulnerable applicants,” the White House said.