Biden: ‘Sen. Manchin and I are going to get something done’ 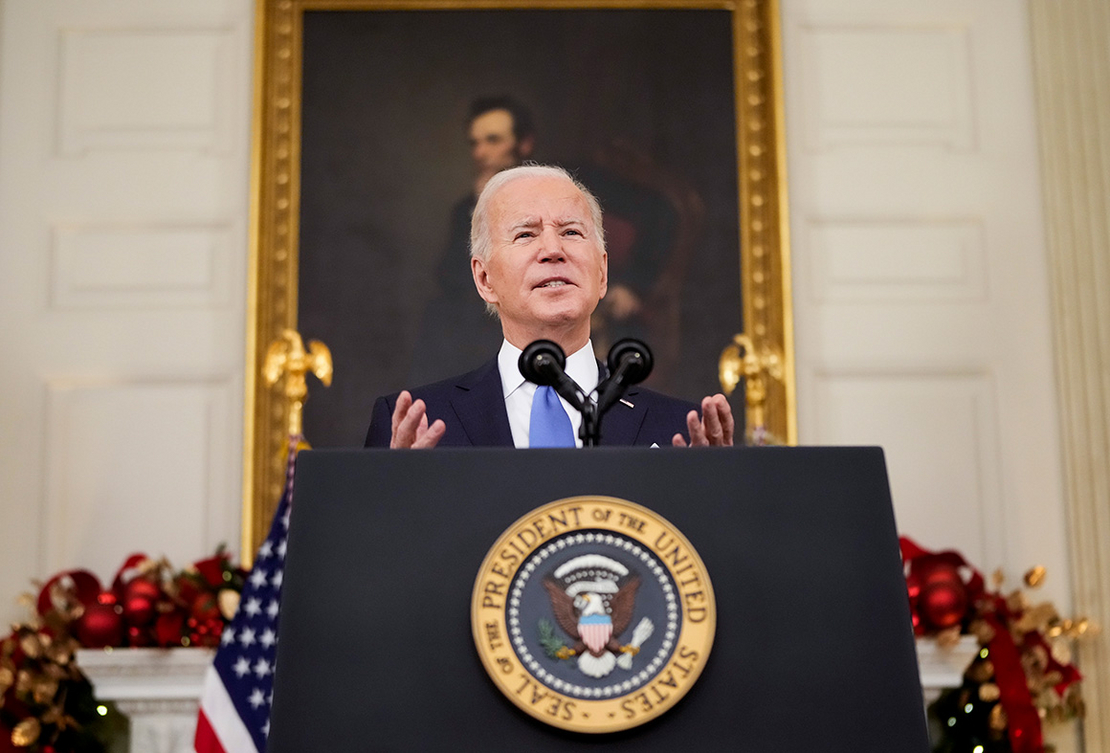 President Biden during remarks at the White House this afternoon. Drew Angerer/Getty Images

President Biden said this afternoon that his $1.7 trillion climate and social spending bill is still alive, despite a hard public rejection from Sen. Joe Manchin (D-W.Va.) over the weekend.

"Some people think maybe I’m not Irish because I don’t hold a grudge," Biden said during a news event at the White House. "Look, I want to get things done. I still think there’s a possibility of getting Build Back Better done."

Biden also seemed to pin blame on Manchin for the legislation falling apart over the last few days. House Democrats agreed to move forward with the separate bipartisan infrastructure bill earlier this year with the understanding that all 50 Democratic senators had agreed to a $1.7 trillion framework for a reconciliation bill that can skirt the Senate filibuster.

But Manchin said on Fox News on Sunday that he would not vote to move forward on the reconciliation package that passed the House last month, potentially dealing a critical blow to the president’s climate ambitions.

"I’m told [Manchin] was speaking to the liberal caucus in the House and said, ‘Joe Biden didn’t mislead you, I misled you,’" Biden said.

It’s not clear what Biden was referring to, and Manchin’s office did not immediately return a request for comment.

Asked directly whether Manchin had kept his word, Biden said, "Sen. Manchin and I are going to get something done."

Biden’s comments largely comport with the messaging coming from the White House and Capitol Hill in recent days, as Democrats digest the possibility that many of their priorities may not become law (E&E Daily, Dec. 21).

White House press secretary Jen Psaki issued a lengthy statement Sunday, calling Manchin’s comments on Fox News "a sudden and inexplicable reversal in his position, and a breach of his commitments to the President and the Senator’s colleagues in the House and Senate."

Progressives are also incensed, with some saying they do not trust Manchin to negotiate in good faith moving forward.

Manchin has said that White House staff "put some things out that were absolutely inexcusable" in the lead-up to his rejection of the "Build Back Better Act."

The bill contains $555 billion in climate spending, including some $300 billion in expanded clean energy tax credits that analysts believe would be critical to halving emissions by 2030 — the goal Biden set at United Nations climate talks this year.