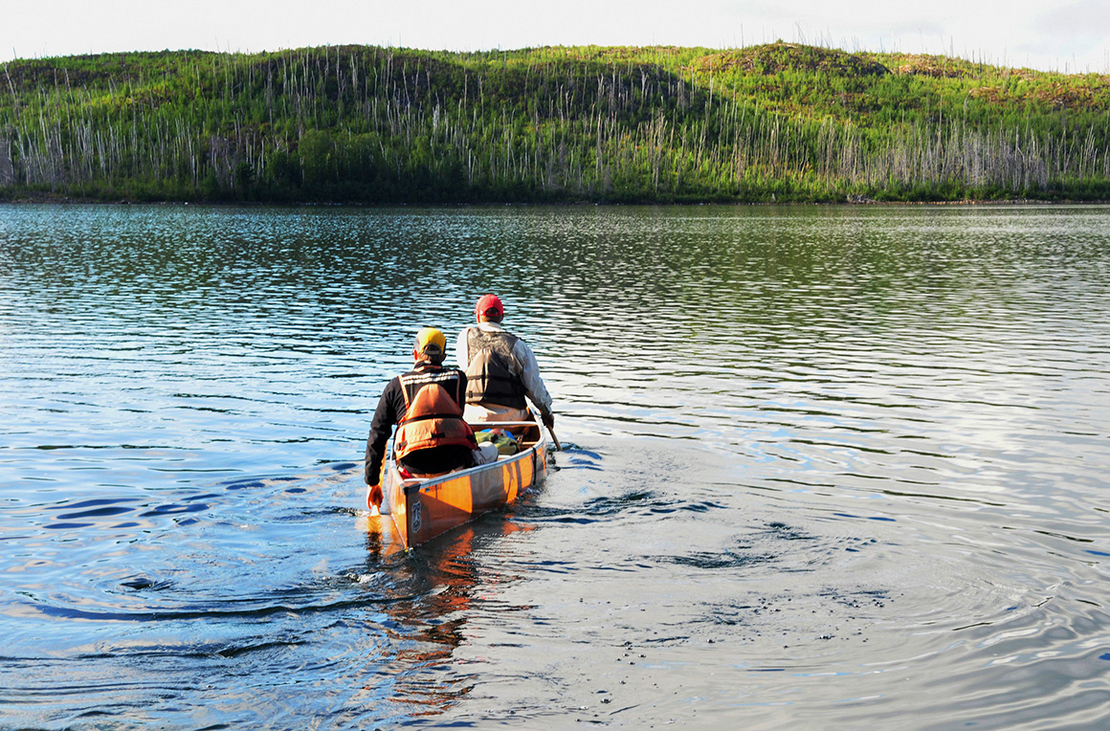 The Biden administration today took steps to protect a sprawling wilderness area within Minnesota’s Superior National Forest from mining, a move that could derail plans for a contentious copper-nickel mine that riled conservationists and lawmakers on Capitol Hill.

The Interior and Agriculture departments today announced plans to protect the Boundary Waters Canoe Area Wilderness and its surrounding watershed in northern Minnesota, saying that concerns abound about the potential effects of mining in the wilderness area that spans more than 1 million acres.

Specifically, the two agencies launched a process that bars the issuance of new prospecting permits or leases for mining-related activities in the area, but the move doesn’t affect existing rights or activities on private lands. The departments noted that there are two leases within the area in question tied to the proposed Twin Metals mine that are currently tied up in litigation.

“A place like the Boundary Waters should be enjoyed by and protected for everyone, not only today but for future generations,” Secretary of the Interior Deb Haaland said in a statement. “Today the Biden Administration is taking an important and sensible step to ensure that we have all the science and the public input necessary to make informed decisions about how mining activities may impact this special place.”

It is the most visited wilderness area in the nation, according to the agencies, and the only lake-land wilderness in the National Wilderness Preservation System, with more than 1,200 miles of canoe routes and 2,000 designated campsites within its million acres of lakes and forests that extend along the border with Canada and adjacent to Voyageurs National Park.

Vilsack said he asked the Forest Service to work with the Bureau of Land Management to complete a “careful environmental analysis and engage the public on whether future mining should be authorized on any federal land adjacent to this spectacular and unique wilderness resource.”

The move is a direct blow to Twin Metals Minnesota LLC, which had proposed to build an underground mine in the same watershed as the Boundary Waters Canoe Area Wilderness near the state’s border with Canada.

The company in a statement said it is “deeply disappointed” with the Biden administration’s decision to initiate a mineral withdrawal study “yet again” on nearly 230,000 acres of land in northeast Minnesota, which the company said sits atop of the world’s largest known undeveloped copper-nickel deposit.

“We are working to determine the best path forward to continue advancing our proposed world-class underground copper, nickel, cobalt and platinum group metals mine,” the company said in a statement. “We are firmly dedicated to the communities of northeast Minnesota and to advancing a sustainable mining project that will bring much-needed economic growth to our region, in addition to the opportunity to responsibly develop the critical minerals needed for our global efforts in combatting the climate crisis.“

According to a Federal Register notice, BLM, which manages the subsurface rights in Superior National Forest, accepted an application from the Forest Service to withdraw a key portion of the area from disposition under the mineral and geothermal leasing laws.

Such a move temporarily bars the issuance of new prospecting permits and leases in the 225,378-acre area within the Rainy River watershed. It also launches a 90-day public review period for the proposed withdrawal and analysis that will include tribal consultation and public meetings.

Ultimately, the secretary of Interior has the authority to withdraw lands for up to 20 years from new mineral permits and leases, subject to renewal, according to Interior release. Only Congress can legislate a permanent withdrawal.

During the next two years, BLM and the Forest Service said they will seek public comment and conduct an environmental analysis to evaluate the potential effects of mining in the watershed.

Today’s development is yet another chapter in the Minnesota copper mine’s long and controversial history.

If approved, the mine would provide a major source of copper and nickel, two metals expected to explode in demand as the clean energy transition ramps up (Greenwire, May 5).

“Nearly a year ago, candidate Joe Biden pledged to support Minnesota’s miners in their mission to obtain good-paying mining jobs, bring economic prosperity to a region that desperately needs it, and secure America’s critical mineral supply chain,” he said. “Joe Biden has officially failed to uphold this promise.”

The National Mining Association in a statement said any limits on mining on public lands should be examined closely, particularly something as "significant" as a 20-year withdrawal of vital domestic resources of copper, nickel and cobalt that could play a critical role in the production of electric vehicles, as well as renewable and battery technologies. The group also said the Twin Metals project could potentially serve as a significant domestic source of minerals to help boost the country’s energy infrastructure and manufacturing.

"Demand for these minerals is going vertical, yet a withdrawal of this type would accelerate our nation’s already grave supply chain vulnerabilities due to our heavy dependency on foreign sources for the minerals required for our manufacturing, energy, defense and technology supply chains," the industry group wrote in a statement.

While the company and Stauber fumed, Democrats on Capitol Hill and conservation groups fighting to protect the Boundary Waters applauded the move.

Rep. Betty McCollum (D-Minn.) called the decision “a welcome return to the science-based decisionmaking that should govern the management of our public lands.”

“After years of broken promises and ongoing obstruction of taxpayer-funded data from the prior administration, I am pleased that President Biden is committed to completing the necessary analysis to understand the impacts that sulfide-ore mining could have on this priceless reserve of fresh water, the biodiverse habitat it supports, and the economic livelihood of the surrounding community,” she said in statement. “All of us who care deeply about protecting the pristine Boundary Waters and its watershed for future generations look forward to seeing the results of this comprehensive study.”

In April, McCollum introduced a bill, H.R. 2794, called the “Boundary Waters Protection and Pollution Prevention Act,” which would permanently withdraw 234,328 acres of federal lands and waters from sulfide-ore copper mining.

Rep. Raúl Grijalva (D-Ariz.), chair of the House Natural Resources Committee, said the decision “reflects the Biden administration’s commitment towards representing the views of all Americans, and not just extractive industries as we saw too often from the Trump administration.”

“The Boundary Waters is one of the most popular pristine wilderness environments in the nation, and we must do everything in our power to protect this irreplaceable source of clean water and local economic revenue from the pollution that the mining operations inevitably leave everywhere they dig,” he said.

Marc Fink, a Duluth-based senior attorney at the Center for Biological Diversity, called the move “a critical first step to ensuring that the watershed upstream from the Boundary Waters wilderness remains a safe refuge for moose and other wildlife, not an industrial mining zone.

“It’s important that Congress act quickly to make this protection permanent so it can’t be reversed by a future administration,” he said. “We can’t risk this beloved, pristine place to a toxic mining disaster.”