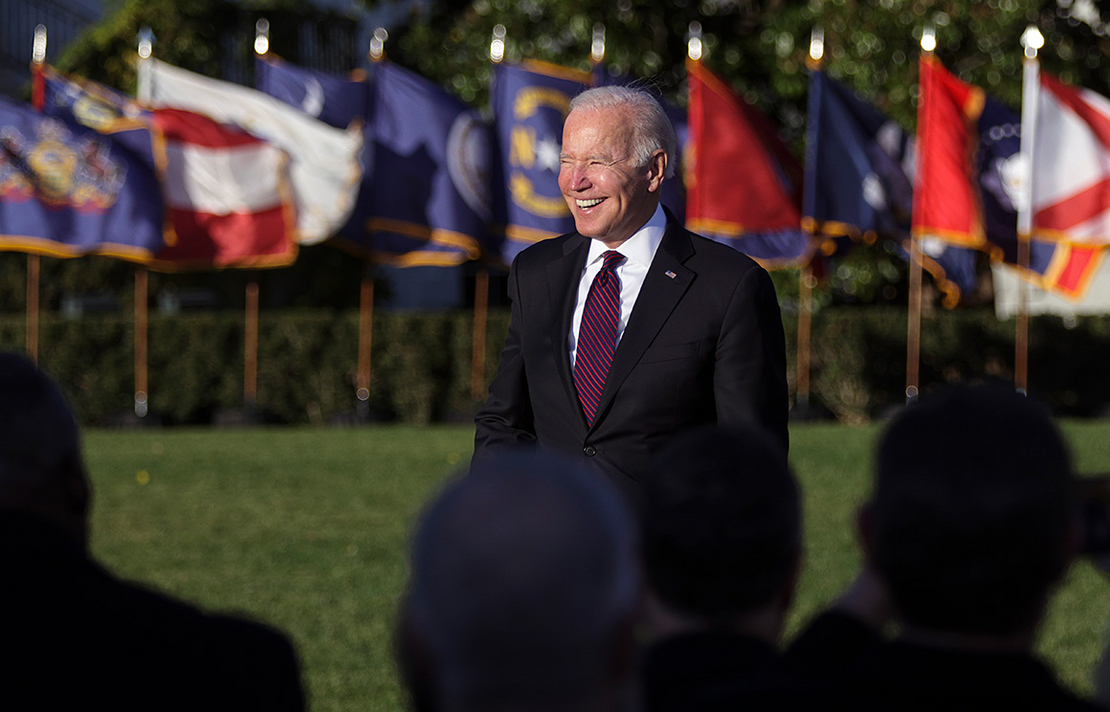 President Biden arrives for the signing ceremony for the Infrastructure Investment and Jobs Act on the South Lawn at the White House today. The $1.2 trillion package will provide funds for public infrastructure projects including improvements to the country’s transportation networks, increasing rural broadband access, and modernizing water and energy systems. Alex Wong/Getty Images

This afternoon’s ceremony kicks off a frenzy at federal agencies charged with implementing the bill, which includes more than $500 billion in new spending. Some projects and reforms are due within months.

For federal lawmakers, today’s event culminates more than a decade’s worth of rhetoric and false starts on legislation to infuse the nation’s crumbling infrastructure with a much-needed jolt of investment.

“My message to the American people is this: America is moving again,” Biden said in prepared remarks. “And your life is going to change for the better,” he told Americans amid sagging approval numbers.

“Too often in Washington — the reason we don’t get things done is because we insist on getting everything we want,” Biden said in prepared remarks. “With this law, we focused on getting things done.”

The infrastructure bill — despite its bipartisan backing — got caught in a legislative hostage situation, with progressive Democrats withholding their votes unless Congress acted on a much larger, partisan budget reconciliation package.

Indeed, the reconciliation package was in the minds of lawmakers during today’s ceremony. Sen. Rob Portman (R-Ohio), a top negotiator on the bipartisan bill, reiterated his opposition to the partisan legislation.

Portman, on stage with Sen. Kyrsten Sinema (D-Ariz.), another bipartisan bill negotiator, said of the infrastructure measure: “This is what can happen when Republicans and Democrats decide we’re going to work together to get something done."

House Speaker Nancy Pelosi (D-Calif.), Senate Majority Leader Chuck Schumer (D-N.Y.) and Vice President Kamala Harris, in their own remarks at the White House, were bullish on passage of the budget reconciliation plan.

“This legislation, as significant as it is, as historic as it is, is part one of two,” Harris said. “Congress must also pass the ‘Build Back Better Act.’”

Ahead of the ceremony, the White House was pitching the bill as both an immediate and long-term investment in infrastructure.

The White House also announced an executive order to guide the implementation of the bill. Stipulations include provisions on buying American products, climate resilience, relying on union jobs, avoiding waste and focusing on environmental justice communities.

“This Task Force will be committed to break down barriers and drive implementation of infrastructure investments across all levels of government to realize the President’s vision of rebuilding our nation’s infrastructure and positioning the U.S. to compete and win in the 21st century,” the White House said in the announcement.