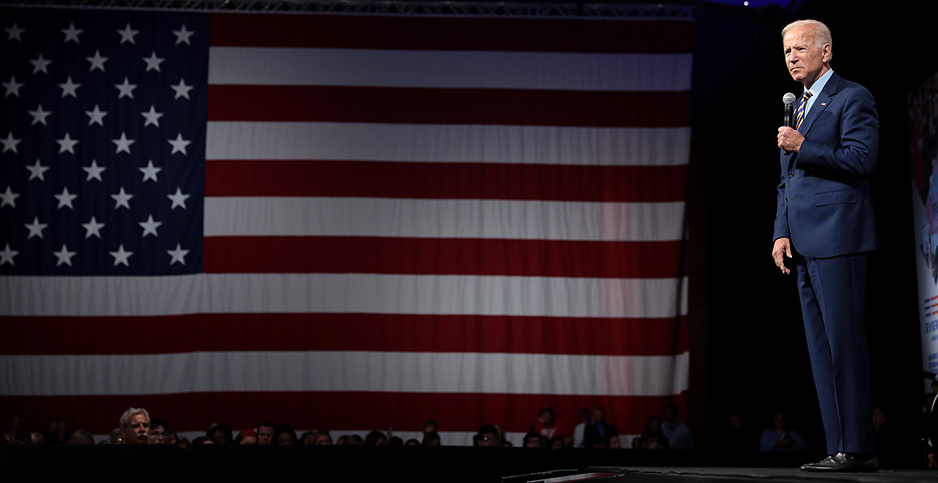 Climate experts, former Obama administration officials and green activists abound among the teams managing the transition for EPA; the Energy, Interior and Agriculture departments; and the White House Council on Environmental Quality.

Unlike past transitions, officials with significant climate or clean energy experience also pop up in departments like State, Defense, Treasury and Justice.

They’re even handling the transition at agencies that, so far, have been on the periphery of climate policy, like the Small Business Administration and the Federal Reserve.

Of Biden’s 39 agency review teams, at least 19 have one or more officials with some climate background.

Perhaps just as telling, many of the transition officials had a hand in the 2009 stimulus, to date the largest government investment in clean energy and the model for Biden’s climate plan.

It’s the latest test of the Biden team’s balancing act between progressives, whom it courted during the campaign, and the establishment veterans who have proliferated in the former vice president’s orbit for years.

In the short term, some of the Biden transition’s biggest challenges will come from simply restaffing and rebuilding the agencies that were deconstructed under President Trump, said Aaron Weiss of the Center for Western Priorities.

"These folks are going to be coming into departments that have, in many cases, been eviscerated," he said, pointing to the exodus of scientists and career staffers from the federal government over the past four years.

EPA, for example, shed more than 700 scientists under Trump and had only filled about 350 of those positions as of January, according to a Washington Post analysis.

"The amount of rebuilding that will need to be done is unprecedented," Weiss said.

The exit of so much essential staff over the last four years presents a challenge, said Tim Profeta, director of Duke University’s Nicholas Institute for Environmental Policy Solutions.

"But it’s also an opportunity in terms of recruiting new, motivated talented civil servants who would be dedicated to the mission of addressing climate change in the federal government," he said.

Profeta helped lead the Climate 21 Project, or C21, which yesterday unveiled 300 pages of recommendations for a new administration to prepare for a full-court press on climate change (Greenwire, Nov. 11).

The group’s suggestions cover 11 government offices, agencies and departments from the Office of Management and Budget to EPA to the State Department. It also calls for a new White House policy council to oversee work on climate across the federal agencies.

The C21 plan was written in part by members of Biden’s transition team.

One is Joseph Goffman, serving on the EPA transition. He was EPA’s top lawyer on climate and air issues in the Obama administration, and he played a leading role in crafting the Clean Power Plan and regulations for methane from oil and gas operations.

Another is Robert Bonnie, leading the transition at USDA. Bonnie was climate adviser to Agriculture Secretary Tom Vilsack — himself a close Biden ally — and later served as the department’s undersecretary for natural resources and environment.

The EPA landing team will be helmed by Patrice Simms of Earthjustice, an environmental lawyer who began his career at EPA and served in the Obama administration as a deputy assistant attorney general in the Environment and Natural Resources Division at the Justice Department.

Also on the team are Cynthia Giles, who served as EPA’s top official for compliance and enforcement under Obama, and Ken Kopocis, its top chief for water quality.

The Interior team includes Maggie Thomas, who was a climate adviser to the Democratic presidential campaigns of Washington Gov. Jay Inslee and Massachusetts Sen. Elizabeth Warren, both of whom proposed ending Interior’s oil, gas and coal leasing.

It also includes Kate Kelly, director of the Center for American Progress’ public lands program; Elizabeth Klein, an Interior veteran who is close with David Hayes, the deputy secretary under the Clinton and Obama administrations; Kevin Washburn, who was assistant secretary for Indian Affairs; and Bob Anderson, an attorney specializing in Native American law who was co-lead of Obama’s Interior transition.

The Energy Department team is led by Arun Majumdar, the initial director of the Advanced Research Projects Agency-Energy, which started under Obama. Also on that team is the AFL-CIO’s Brad Markell, a strong advocate of carbon capture technology.

The CEQ team is headed by Cecilia Martinez, the environmental justice advocate who was a member of the Biden campaign’s climate engagement advisory council. She’ll be joined by Nikki Buffa, who was deputy chief of staff at Obama’s Interior, and Bloomberg Philanthropies’ Shara Mohtadi, who helped lead America’s Pledge and the group’s anti-coal work.

The Department of Justice team includes Richard Lazarus, a Harvard University professor who worked on the landmark Massachusetts v. EPA Supreme Court case, which in 2007 established EPA’s obligation to regulate greenhouse gas emissions under the Clean Air Act. Earlier this year he published a book called "The Rule of Five" about the people and issues that shaped that case (Greenwire, Sept. 14).

Sue Biniaz, the State Department’s top attorney on climate change under four presidents, is a member of State’s landing team. She’s credited with saving the Paris Agreement at least twice by supplying diplomatic words in late-night scrums at climate conferences. That helped the U.S. negotiating team bring home a deal that wouldn’t require Senate ratification while satisfying other global players that the agreement would still have teeth.

"Everybody always used to say that Sue knows where every comma is in the Paris Agreement," said Nathaniel Keohane, senior vice president at the Environmental Defense Fund and a veteran of Obama’s White House.

The Treasury team includes Andy Green, now of the Center for American Progress, who worked on pricing climate risk as a lawyer for the Securities and Exchange Commission. Another Treasury transition official is Marisa Lago, who handled climate finance under the Obama administration and oversaw adaptation projects as chair of the New York City Planning Commission.

The Department of Transportation team includes Patty Monahan, a member of the California Energy Commission and a vocal advocate of electric vehicles, as well as Austin Brown, who was assistant director for clean energy and transportation in Obama’s Office of Science and Technology Policy.

The team for the General Services Administration — which oversees federal procurement and will figure heavily into Biden’s plan to decarbonize the government — includes Josh Sawislak, a former CEQ official who is now a senior adviser to the Center for Climate and Energy Solutions.

The Defense Department team includes Sharon Burke, the former DOD assistant secretary who has focused on climate change’s impact on the military.

The team for the Federal Reserve includes Amanda Fischer, a vocal advocate of the Fed accounting for climate risk and a former chief of staff to progressive Rep. Katie Porter (D-Calif.).

The transition team for the United Nations includes Leonardo Martinez-Diaz, global director of the World Resources Institute’s sustainable finance center. He was formerly the Treasury Department’s deputy assistant secretary for energy and environment.

And the National Security Council team is headed by Jeff Prescott, who published an op-ed last year comparing Trump’s climate denial to the administrative failures that led to the Chernobyl nuclear disaster.