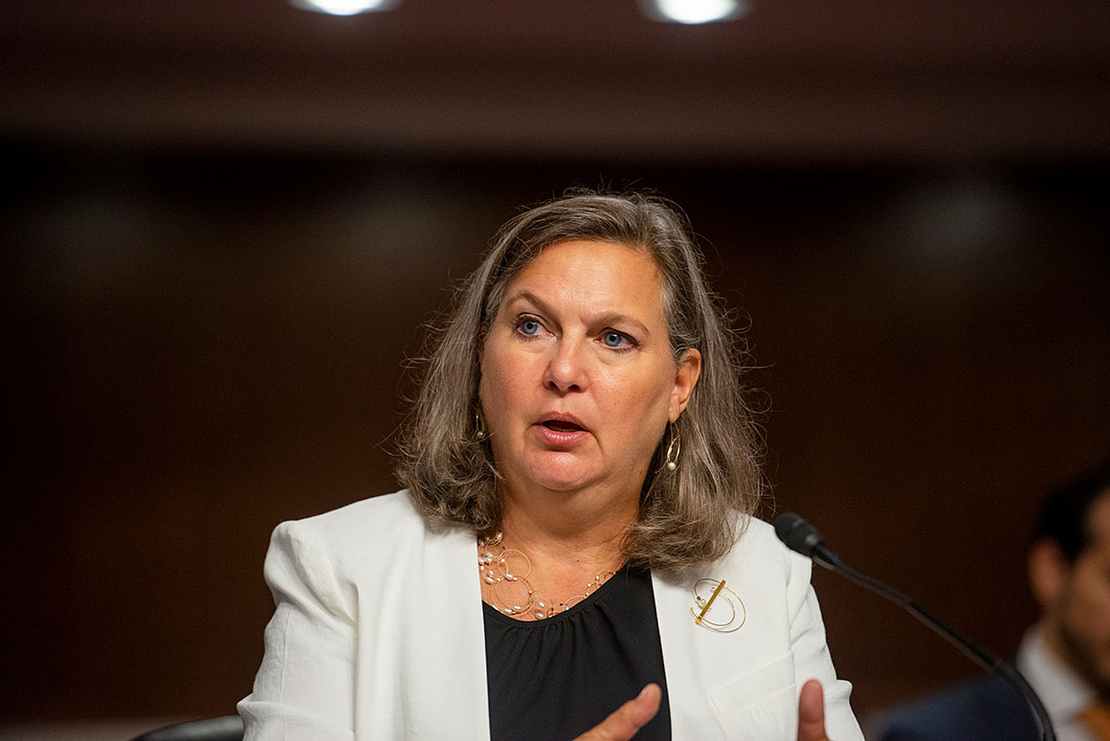 The Biden administration has reached a deal with Germany that allows for the completion of a contested natural gas pipeline, infuriating lawmakers from both parties who said the conduit will empower Russia and environmentalists who want the administration to denounce fossil fuels.

The U.S. and German governments yesterday released a pact that calls for both countries to impose penalties if Russia tries to use the Nord Stream 2 pipeline or other energy corridors to assert influence in the region.

"The United States and Germany are united in their determination to hold Russia to account for its aggression and malign activities by imposing costs via sanctions and other tools," the statement read.

“Should Russia attempt to use energy as a weapon or commit further aggressive acts against Ukraine, Germany will take action at the national level and press for effective measures at the European level, including sanctions, to limit Russian export capabilities to Europe in the energy sector,” the statement said.

The decision marks a shift for the U.S. government, which has long opposed Nord Stream 2, which would carry gas from western Russia to Germany via the Baltic Sea. But White House officials said the pipeline was already 90% complete when President Biden took office and argued that the agreement will allow the U.S. to better address its worries about the project. The administration, which has sought to improve ties with Germany, signaled the move in May when it decided to waive sanctions against the company building the pipeline.

The pact allows Germany “to push back against the Kremlin’s harmful activities and to advance a more secure and sustainable energy future for Ukraine and other front-line NATO and E.U. countries,” White House press secretary Jen Psaki told reporters on Air Force One.

But the deal with the outgoing German Chancellor Angela Merkel touched off a firestorm of complaints from Republicans and Democrats on Capitol Hill.

“I am not yet convinced that this agreement — or any bilateral agreement — can sufficiently provide assurances to our European allies and minimize the considerable economic impact and security implications of this pipeline’s completion,” said Sen. Jeanne Shaheen (D-N.H.), a senior member of the Senate Foreign Relations Committee, warning that Nord Stream 2 “empowers the Kremlin to spread its malign influence throughout Eastern Europe.”

Republicans had already accused Biden of hypocrisy for shutting down the Keystone XL oil pipeline early in his tenure while waiving sanctions on the Russian pipeline. Biden had called Nord Stream 2 "a complicated issue affecting our allies in Europe.”

Merkel supports the pipeline to help meet her country’s energy needs, but Republicans say they fear Russia will become the preferred energy provider for Western Europe while also boxing out exports from Ukraine.

“The president is giving Russia a new geopolitical weapon,” said Sen. John Barrasso (R-Wyo.), who called the deal “a grave mistake” during a Senate Foreign Relations meeting yesterday. “Russia uses energy as a geopolitical weapon to coerce and to manipulate.” He warned it would double Europe’s reliance on Russian energy and funnel more money to Moscow.

Sen. Ted Cruz (R-Texas) called the pledge from Germany, “on its face, incredibly weak.” And he accused the State Department of releasing the details at 9 p.m. German time to mitigate pushback from that country’s Green Party, which has vowed to block the pipeline.

Cruz, who questioned top State Department official Victoria Nuland during a hearing yesterday, called the deal “a complete and total capitulation by President Biden to Putin” and said that “decades from now, future Russian dictators will be reaping billions of dollars of benefits annually from Joe Biden’s mistake and will be using that pipeline to exert economic blackmail on Europe.”

Sen. Ben Sasse (R-Neb.) accused Biden of not being tough enough on Russia. “We’re gift wrapping Putin’s pet project for the same guy who hasn’t done anything to stop cybercriminals and ransomware attacks against the U.S. — even after the administration warned them,” Sasse said, alluding to a string of recent cyberattacks on U.S. targets that have been linked to Russia. “President Biden needs to back up his tough talk with real actions that protect America — and our network of allies in Europe — but this isn’t it.”

“The completion of Nord Stream 2 will entrench the reliance on gas for decades to come when the climate science tells us we must be immediately transitioning away from all fossil fuels,” said Kate DeAngelis, an international finance program manager at Friends of the Earth.

“Instead the Biden administration should have worked with Germany and Ukraine to support renewable projects in the region,” added DeAngelis in a statement.

The countries’ joint statement said Germany will establish a “Green Fund” for Ukraine to support the country’s energy transition, energy security and energy efficiency, pledging at least $1 billion, including from third parties such as private-sector entities.

Germany will put forward an initial donation of at least $175 million to the fund, the statement said, adding that the money would go to promote renewable energy including hydrogen, and “accelerate the transition from coal.”

The announcement came as the administration yesterday revealed that Ukraine President Volodymyr Zelenskyy — whose hopes of a White House visit played a role in former President Trump’s first impeachment trial — will meet with Biden at the White House next month.

Ukraine opposes the pipeline, and Psaki said in a statement that the visit would affirm the two countries’ “close cooperation on energy security,” among other issues. She told reporters the timing of the announcements was unrelated.

The Biden administration insisted it still "emphatically" opposes the pipeline and will push back at Russia.

"We still believe it’s a Russian geopolitical malign influence project," a senior State Department official told reporters, speaking on the condition of anonymity to talk about the deal. "None of that has changed, and we are still committed to following the law. "

The official noted that the administration is bound by law to report to Congress in August on the pipeline’s national security ramifications and said that it will look at any potentially sanctionable activity.

"We remain opposed," the official said. "We think this is a bad deal for Ukraine and a bad deal for the rest of Europe, but we also are pragmatic, and with it over 95% complete, our focus really is on ensuring that we are prepared to push back against Russia’s use of energy as a weapon along with our partners and allies and that we’re doing everything we can to reduce the risk this pipeline poses to Ukraine."

Analysts at ClearView Energy Partners LLC noted that although the agreement falls short of endorsing the pipeline, "we interpret it as a concession that effectively marks the end of U.S. opposition to the project."

Despite the opposition from both major parties, ClearView said it doesn’t expect Congress to be able to muster veto-proof support for sanctions, noting "the GOP seems likely to criticize the move as ‘weak on Russia’ and Democrats seem likely to continue blaming the Trump administration for failing to stop the project."

But ClearView analysts added that Biden still faces political pressure to demonstrate that he is tough on Putin in some way. "If Biden will not explicitly pressure Putin over cybercrime, (Nord Stream) 2, or incursions into Ukraine, the poisoning of Russian dissident Alexei Navalny last August might still compel action," they wrote.