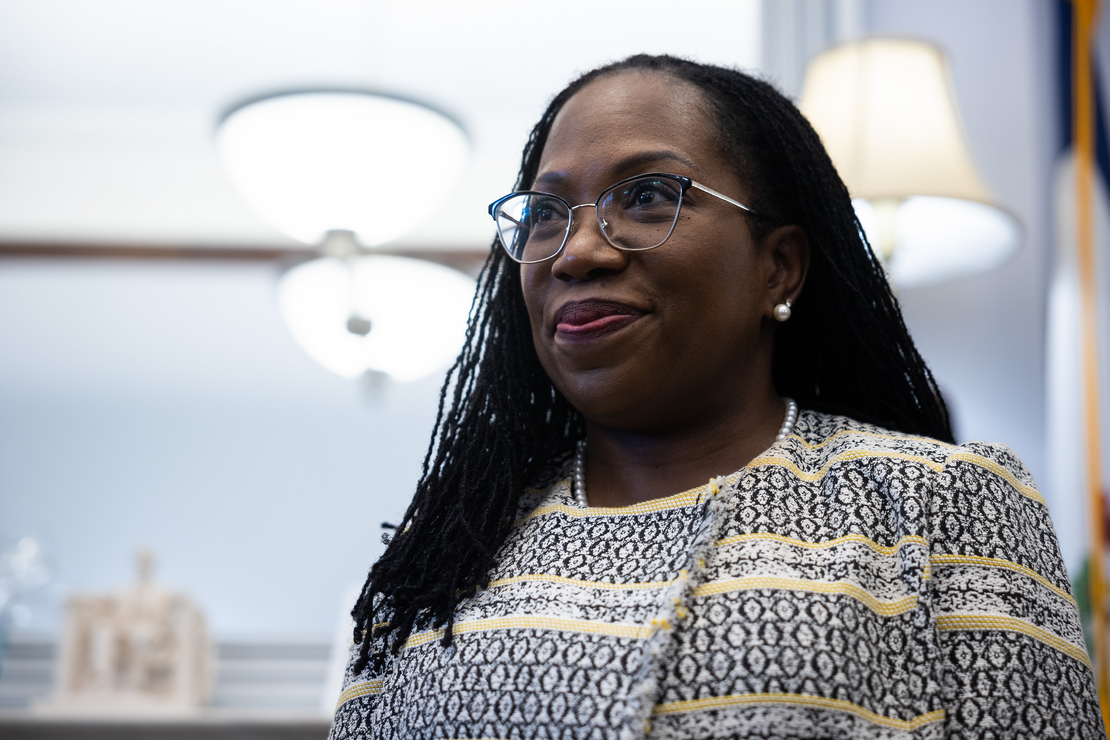 The Senate will begin confirmation hearings for Ketanji Brown Jackson on Monday, just weeks after the Supreme Court took up the biggest climate change case in a decade.

Jackson won’t have a say in that case, and it’s unclear whether she’ll face any questions on climate or the environment from the Senate Judiciary Committee next week.

Yet at 51, Jackson is poised to serve for decades on a court that will almost certainly play a central role in legal battles over the ravages of climate change.

“We’re now seating justices who are going to be steering the ship as we deal with increasingly disruptive climate effects,” said Katrina Fischer Kuh, an environmental law professor at Pace University’s Elisabeth Haub School of Law. “These are the justices who will be guiding our legal response to all of the impacts we’ve known are coming for a very long time but that seem to be manifesting more quickly and with greater severity.”

Environmental groups have hailed Jackson’s nomination to replace retiring Supreme Court Justice Stephen Breyer. Jackson would be the first Black woman on the court, and activists have said she could contribute valuable perspective on how pollution affects residents of low-income and minority communities.

The Supreme Court’s 6-3 conservative majority means Jackson’s influence will be limited. And it’s a majority that has shown a growing interest in exploring the boundaries of the federal government’s power when it comes to climate law and other key issues, said Widener University law professor John Dernbach.

While Jackson won’t have a role in considering West Virginia v. EPA, the climate case that is currently before the Supreme Court, she is expected to be confirmed in time to hear a major Clean Water Act challenge that asks the justices to rein in federal jurisdiction over the nation’s waters.

“It is highly likely that this court will take climate and other environmental cases that raise questions about the federal government’s authority,” Dernbach said. “This is a court that is more skeptical of federal government authority than prior courts.”

Here are three major climate questions that Jackson may face if she is confirmed to the Supreme Court:

The question of which courts should hear climate liability cases has stymied action on nearly a dozen lawsuits by municipalities looking to force the oil and gas industry to pay for producing planet-warming emissions.

The suits were filed in state courts under consumer protection laws and other state statutes, but industry lawyers have sought to move the cases to federal benches, where judges could find that the Clean Air Act overrides municipalities’ claims.

An industry lawyer this week confirmed that Exxon Mobil Corp. will ask the Supreme Court to review a recent decision by the 10th U.S. Circuit Court of Appeals that delivered a victory to local governments by agreeing to keep a Colorado lawsuit before a state bench (Climatewire, March 16).

The Supreme Court last May sent a host of climate liability cases back to appellate judges with instructions to consider a broader range of factors when deciding whether the challenges should be heard in state or federal court.

In the majority opinion last year in BP PLC v. Mayor and City Council of Baltimore, Justice Neil Gorsuch agreed with industry lawyers that federal appeals courts have the authority to review the entire scope of remand orders. But Gorsuch, a member of the court’s conservative wing, stressed that the justices weren’t accepting the industry’s invitation to decide the climate liability cases on the merits.

But attorneys say the court may eventually address the issues at the heart of the climate liability fights.

Richard Frank, a professor of environmental law at the University of California, Davis, said a number of suits filed by young people against state governments for allowing fossil fuel development could also wind their way to the Supreme Court at some point.

“Many environmental advocates and organizations are loath to push cases in front of the Supreme Court right now, given the dominance of conservative justices,” Frank said. “The ascension of Judge Jackson, should she be confirmed, will not change that makeup, but it’s inevitable that some of these cases are going to come before the court, regardless of what environmentalists may want.”

Can states act on climate?

Legal experts say such disputes could raise questions under the “dormant commerce clause,” which says states are barred from passing legislation to inhibit the sale of goods and services across state borders.

“As some states impose more regulations on the power and natural gas sectors, knotty questions will arise about federalism, the dormant commerce clause and the meaning of the Federal Power Act and the Natural Gas Act,” said Michael Gerrard, faculty director of Columbia Law School’s Sabin Center for Climate Change Law, in an email.

Gerrard said he expects some dormant commerce clause cases will make it to the Supreme Court and noted that past disputes “have often led to unusual groupings among the justices, rather than the usual conservative-liberal splits.”

Pace’s Kuh said such cases are likely to constitute a “category of federalism skirmishes related to state and local climate change efforts.”

Kuh said there is a “gulf” between federal climate action and aggressive efforts by states like California and New York. “I think you will see that tension rise and potentially the Supreme Court coming in and resolving some of those disputes,” she said.

“These claims are inevitably coming,” he said. “Climate change being the multifaceted problem that it is, it is going to generate a lot of litigation, and some of that is going to end up before the court.”

What are the limits of EPA authority?

Before he retires this summer, Breyer will have the opportunity to opine on the blockbuster West Virginia v. EPA climate case, but few legal observers expect the ruling to be the Supreme Court’s last word on federal authority over greenhouse gas emissions.

West Virginia, which is expected to be decided by early summer, focuses on EPA’s ability to broadly regulate carbon dioxide from existing power plants, the second-largest source of U.S. emissions.

“There’s a lot we can’t be certain of, but one thing we can be certain of is that the industry is going to fight every single” Biden administration climate or environmental initiative, said Loyola University law professor Karen Sokol.

If she is confirmed, Jackson would be on the court for those fights.

Kuh said that “absent the development of newfound political will to adopt a standalone federal climate statute, it seems likely there will be continued disputes about the scope of authority under the Clean Air Act to regulate greenhouse gas emissions.”

Future legal battles will depend on what the court does in West Virginia and who the next president is, Kuh said. She pointed to regulatory “whiplash” in recent years, with the last four administrations tussling over how much — or how little — can be done under the 1970 statute.

Brightbill, who played a key role in defending the Trump EPA power plant rule, said it’s likely that the Supreme Court could get involved in other climate-related cases, including a Republican-led challenge to EPA efforts to increase fuel efficiency standards (Climatewire, March 1).

“We don’t yet know whether those arguments are going to be the types of issues that would ultimately go to the Supreme Court or not,” said Brightbill, now a partner at Winston & Strawn. “But it’s certainly a high-profile rulemaking by EPA that is about controlling greenhouse gas emissions.“