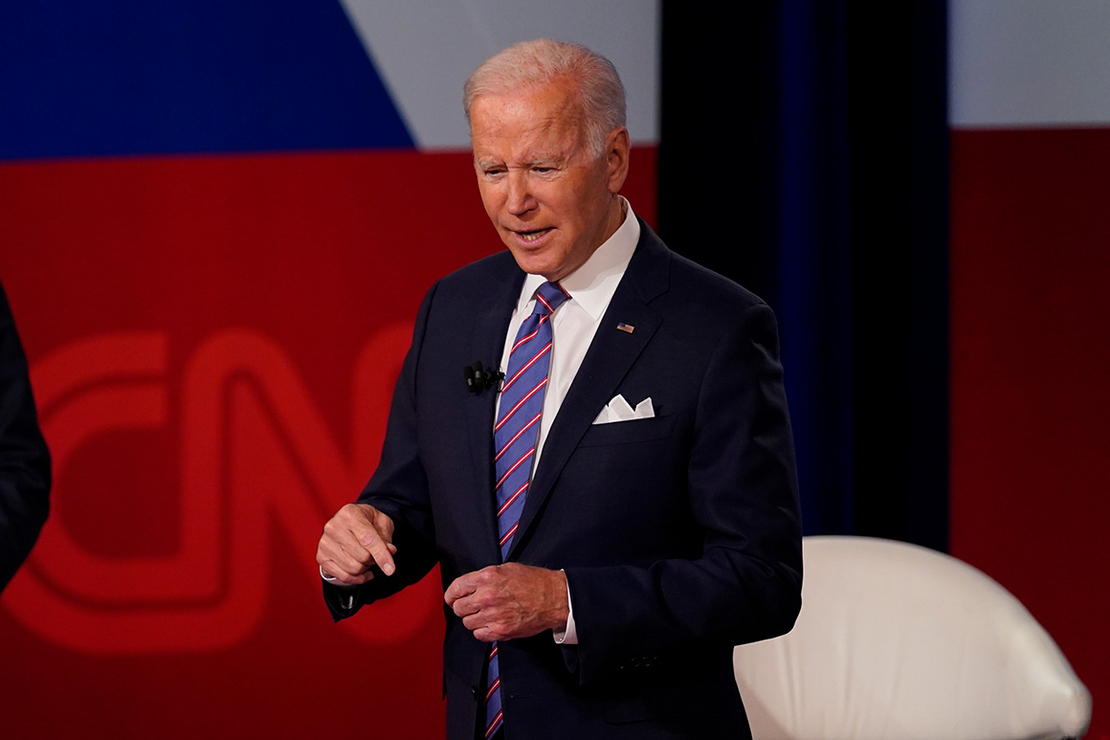 President Biden said yesterday he expects gas prices to remain high until next year and there’s not much he can do about it.

At a CNN Town Hall, Biden insisted the cost of gasoline is largely beyond his control, noting much of the price is controlled by OPEC, which had dropped production during the pandemic.

High prices at the pump have bedeviled the administration for months, compounded by rising prices of household goods and supply chain bottlenecks.

OPEC and allied oil-producing countries — including Russia — have rebuffed the administration’s calls to boost oil production, instead opting to gradually restore output that was slowed during the pandemic.

Biden said there were “a lot of Middle Eastern folks that want to talk to me.” But he added, “I’m not sure I’m going to talk to them, but it’s about gas production.”

The roots of the problem go back to the beginning of the pandemic and the recession in 2020. Oil and gas prices fell so fast then that many producers, particularly in the U.S., simply stopped drilling. Biden noted prices are now about $3.30 a gallon, noting they had dropped to below $1 a gallon.

“It’s subsided in a significant way,” he said, noting that new monies were added to the program in March when prices began to spike.

And Biden argued that “the answer ultimately, over the next three or four years, is investing in renewable energy.”

He noted all three major automobile manufacturers and unions are embracing electric vehicles.

“We’re going to see a dramatic drop in what’s going to happen in terms of gas prices as we go into the next two or three years,” he said. “Even if we’re not able to break the monopoly.”

Biden said he didn’t have a “near-term answer” for the high costs, rejecting the two levers he said he could use.

Tapping the Strategic Petroleum Reserve would cut the price of gas by only about 18 cents a gallon — ‘’It’s still going to be above $3,” he said.

And he said he refuses to raise the gas tax, saying he’s pledged not to raise taxes on people making less than $400,000.

Biden also expressed confidence that Congress will deliver on his spending plans that include efforts to tackle climate change, telling CNN, “I do think I’ll get a deal.”

He insisted that the CEPP has not been formally dropped from talks yet, given that they have not actually put anything on paper. Manchin, however, has effectively ruled out the CEPP, which would have made up a huge chunk of the bill’s emissions reductions, and Democrats are debating a huge menu of options to replace it (E&E Daily, Oct. 21).

Biden said he would support reallocating the $150 billion that would have gone to the CEPP to other climate provisions. Manchin is already “prepared to support” about $320 billion in clean energy tax incentive expansions, he said.

“I’ve been saying to Joe, ‘Look, if we don’t do it in terms of the electric grid piece, what we’ll do is give me that $150 billion, I’m going to add it to be able to do other things that allow me to do things that don’t directly affect the electric grid in the way that there’s a penalty,’” Biden said.

On Manchin’s opposition to the CEPP, Biden said the West Virginia senator’s argument “is that we still have coal in my state, you’re going to eliminate it eventually, we know it’s going away, we know it’s going to be gone, but don’t rush it so fast that my people don’t have anything to do.”

Manchin is open to “my convincing him that I can use [the $150 billion] to increase environmental progress without it being that particular deal,” Biden said.

Like Biden, Democrats on Capitol Hill generally acknowledge the reality that they won’t have any kind of backstop stick to force utilities and industrial emitters to reduce carbon and match the carrot that the suite of tax incentives and spending policies would provide.