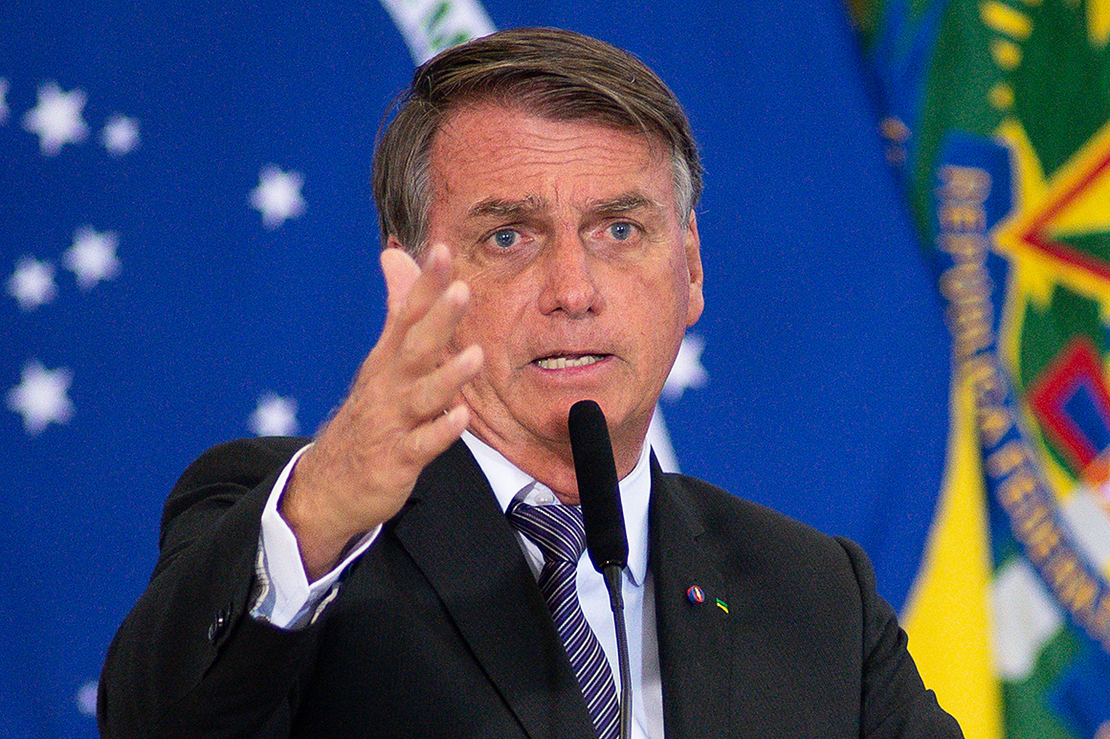 President Joe Biden met with one of the world’s leading climate change deniers yesterday to talk about reducing carbon emissions.

Brazilian President Jair Bolsonaro agreed to the meeting on the precondition that Biden would not talk about deforestation, the leading driver of his country’s carbon emissions. White House officials would not comment on whether Biden abided by Bolsonaro’s conditions or if he pressed the Brazilian leader to do more to block the accelerating destruction of the Amazon, one of the world’s most important carbon sinks.

The two met on the sidelines at the Summit of the Americas, which Biden is hosting in California this week. Brazil and the United States are the two largest countries in the Americas, constituting more than half the region’s population, and are two of the top 10 greenhouse gas emitters in the world.

One of the summit’s primary goals is to unify Brazil and the rest of the region around a stronger climate policy, Biden said. Among the announcements yesterday was that Brazil agreed to join the Renewable Energy for Latin America and the Caribbean (RELAC) initiative, becoming one of 20 nations that agree to reach 70 percent installed capacity for clean energy generation.

“Through our efforts to strengthen a clean energy economy in the Americas, we’re committing to not just an energy transition, but to make sure communities that have been historically marginalized are able to share in the gains, with equitable access to both good-paying jobs we’ll create and the affordable clean energy that will be made available,” Biden said.

Under Bolsonaro, Brazil has been steadily moving away from that goal, however. Since his election in 2018, Brazil has fallen from a leader in clean energy to a nation with rising emissions and rapid deforestation.

For a White House looking to craft a meaningful international climate policy, pressuring Bolsonaro to slow the destruction of the Amazon is a powerful tool toward reducing greenhouse gas emissions.

Bolsonaro, known as the “Trump of the Tropics,” has long rejected climate science. He worked to dismantle his government’s climate agencies and weakened environmental laws that protected the Amazon against illegal deforestation.

During Bolsonaro’s presidency and with his encouragement, Brazil has increased its emissions chiefly through the burning of the rainforest. The deforestation of the Amazon increased by more than 50 percent since he first took office three years ago. Brazil is the world’s fourth largest emitter of greenhouse gases, behind only the U.S., China and Russia; its emissions are largely driven by illegal logging and the clearing and burning of forestland to be converted into fields, according to Carbon Brief.

Other countries saw rapid declines in carbon emissions at the height of the Covid-19 pandemic. Brazil saw a notable increase.

The summit may be one of the most important opportunities the U.S. has to engage Bolsonaro. But earlier this week, Bolsonaro — who has repeatedly amplified former President Donald Trump’s lies about a stolen U.S. election — told reporters Biden won’t force his hand on the Amazon rainforest.

“He’s not going to want to impose anything about what I should do in the Amazon,” Bolsonaro said. “He won’t.”

The U.S. is hosting the Summit of the Americas for the first time since 1994 to refocus the region toward common goals on migration, trade, and climate and environmental policy, according to the White House. Finding a common set of goals to unify the disparate governments of the region, which span from authoritarian to democratic, has proved elusive, and a number of key leaders are not in attendance.

The U.S. did not invite Cuba, Venezuela and Nicaragua. As a result, Mexican President Andrés Manuel López Obrador dropped out days before the meeting was scheduled to occur.

For months, Bolsonaro, who is in the middle of an uphill reelection fight before October’s election, had signaled that he would blow off the summit. After pressure from the White House, he agreed to attend, but only if he got a private meeting with Biden, the Associated Press reported. The condition was that Biden could not press Bolsonaro on his continuing efforts to cast doubt on Brazil’s elections, which he is expected to lose, or bring up deforestation, which is the primary driving force of the country’s soaring carbon emissions.

“Climate will be an important topic of conversation, and we believe that it can be an area of progress in the U.S.-Brazil relationship, particularly around concrete and tangible action to protect the Amazon,” he said.

When Bolsonaro was elected, his anti-environmentalism and climate denial fit neatly with that of Trump, whom he greatly admired, said Nick Zimmerman, senior adviser to the Brazil Institute at the Woodrow Wilson International Center for Scholars. Bolsonaro knew U.S. pressure to crack down on deforestation was over but quickly faced significant pushback from other world leaders who had not given up climate ambitions, Zimmerman said. Brazilian business leaders also faced pressure from international partners and joined in the effort to pressure Bolsonaro, he said.

“Bolsonaro and his team, perhaps to their chagrin, quickly recognized that simply not speaking about the environment at all wasn’t going to be an option on the international scene, and as the criticism started to mount, he even started to hear from agribusiness leaders to do more,” Zimmerman said.

In recent weeks, Bolsonaro has reinstated some environmental fines that he dismantled upon taking office. That’s likely the type of olive branch he’ll offer Biden at the meeting, Zimmerman said. Even if it doesn’t amount to much, it’s a recognition that the country understands that it can’t ignore the Biden administration.

“What can he accomplish in this meeting? I’m skeptical that there’s a lot of meat there,” Zimmerman said. “But should Bolsonaro pull an upset and get reelected, you can’t just not deal with Brazil, it’s not an option.”

In addition to announcing Brazil’s RELAC membership, the White House also launched the United States-Caribbean Partnership to Address the Climate Crisis yesterday. Under that plan, the U.S. will increase clean energy in the region by helping identify projects and facilitate and encourage funding.

“When we accelerate the transition to clean energy, I think we all believe that we unlock great economic opportunities for the entire region,” said Vice President Kamala Harris. “When we work together to address this urgent threat, it benefits the people of the United States and the people of the Caribbean. And all of us, of course, benefit by reducing emissions.”