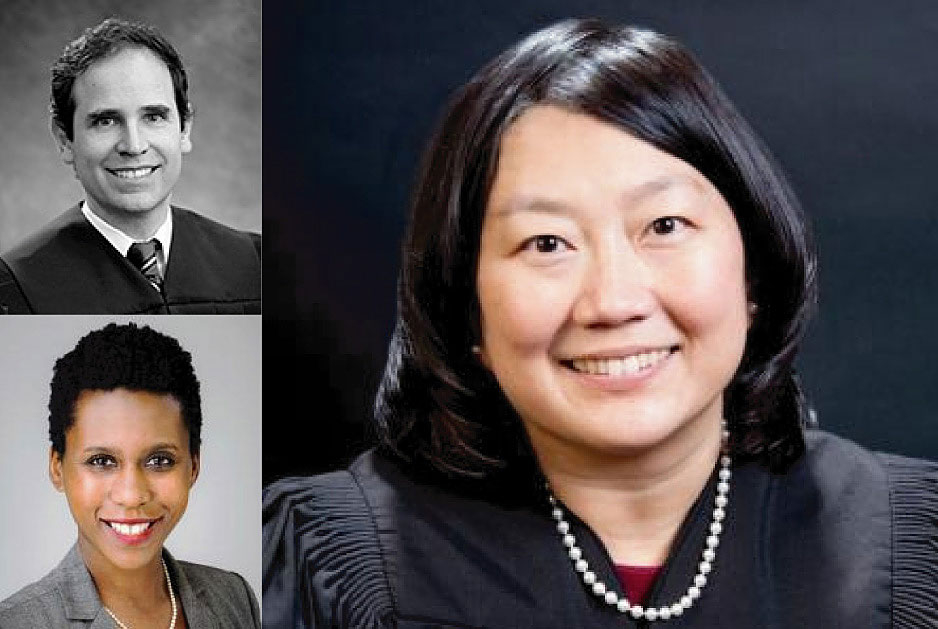 Biden has now nominated 43 judges as his administration works to offset former President Trump’s efforts to reshape the federal courts by installing more than 200 judges, including 10 to the prominent 9th U.S. Circuit Court of Appeals.

The nominees announced today include the first Korean American woman and the second Black woman who would serve on the 9th Circuit, if they are confirmed.

“These choices also continue to fulfill the President’s promise to ensure that the nation’s courts reflect the diversity that is one of our greatest assets as a country — both in terms of personal and professional backgrounds,” the White House said in a statement this morning.

Among Biden’s 9th Circuit nominees is Judge Lucy Koh of the U.S. District Court for the Northern District of California, who in 2015 struck down an Obama-era rule that allowed wind farm developers to harm protected eagles (E&E News PM, Aug. 12, 2015).

Koh joined the federal district court in 2010 after she was appointed by former President Obama, who later nominated her to the 9th Circuit in 2016. Senate Republicans stalled on her nomination, which later allowed Trump to appoint Judge Daniel Collins to fill the vacancy.

Koh previously served as a state court judge in California and worked in private practice and at the Justice Department. She holds bachelor’s and law degrees from Harvard University.

Sanchez is currently an associate justice on the California Court of Appeal and previously worked in California state government for seven years. He holds bachelor’s and law degrees from Yale University and a master’s degree from the University of Cambridge.

Thomas is a judge in the Family Law Division of the Los Angeles County Superior Court and previously worked in the California state government and the New York solicitor general’s office. She is a graduate of Yale Law School and Stanford University.

Biden still has more than 100 current and future federal court vacancies to fill.

The president has yet to fill the vacancy that would be left by Judge David Tatel of the U.S. Court of Appeals for the District of Columbia Circuit, which often has the last say in legal battles over EPA rules (Greenwire, Aug. 9).

Tatel, a Clinton appointee, has said he would take senior status as soon as Biden chooses his successor.