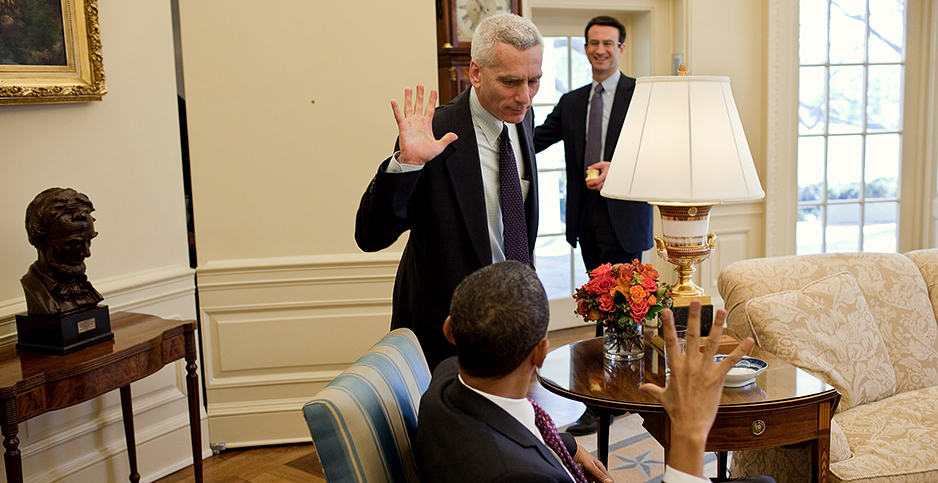 President-elect Joe Biden’s financial policy will be shaped — at least in part — by an economic adviser who believes fossil fuels are "severely underpriced" because they don’t consider the harm caused by climate change.

Biden announced yesterday that Jared Bernstein would be one of three members of the White House Council of Economic Advisers. Bernstein previously served as Biden’s economic adviser during his vice presidency, from 2009 to 2011, and was a senior fellow at the Center on Budget and Policy Priorities, a progressive think tank in Washington.

If his past comments are any guide, Bernstein will be the leading climate voice in the group.

Bernstein has argued that there hasn’t been a proper accounting of the economic harm caused by climate change and that bold ideas — such as the Green New Deal — are necessary to address the real cost of human-caused global warming.

In a piece published last year by Vox, he wrote that a true accounting of climate change means making corporations responsible for "polluting the environment pay for the damage they’re doing to the rest of us."

"If the price system isn’t picking up the true cost of the damage and short-sighted people — which is most of us — are okay with that, then there’s a role for government to realign the higher social cost of fossil fuels with its lower actual cost," he wrote.

Bernstein will be part of the three-member Council of Economic Advisers, which will be chaired by Cecilia Rouse. Rouse, who must be Senate-confirmed, is the dean of the Princeton University School of Public and International Affairs and would be the first Black woman and the fourth woman overall to lead the CEA.

The third member will be Heather Boushey, president and co-founder of the Washington Center for Equitable Growth. As the name suggests, the Council of Economic Advisers shapes the president’s financial policy.

Biden’s economic policy advisers are part of a "dream team," Jason Furman, the chair of President Obama’s Council of Economic Advisers, wrote in a Twitter post.

Bernstein "is a keen analyst and passionate advocate for working people who is also trusted and respected across the political spectrum. He brings macro, trade, labor & more to the role," Furman wrote.

Bernstein is a labor economist and a former social worker in Harlem, N.Y. He is also close to labor unions, which Biden was able to win over with a jobs promise in his $2 trillion climate plan. Bernstein helped craft Biden’s climate policy, which borrows ideas from the Green New Deal, such as a pledge to center clean energy jobs in environmental justice communities.

In a 2018 piece for The Washington Post, Bernstein wrote that pitting environmental policy against economic interests is a false choice.

He said critics of ambitious climate policy often claim the U.S. economy would be hurt by efforts to constrain fossil fuel use and increase reliance on renewables. But he argued that good climate policies can create jobs.

Bernstein also has advocated for a carbon tax, with rebates going to those in the lowest-income households as a way to protect the economy against climate shocks, such as natural disasters.

"The idea that economies are somehow inherently unable to repel existential threats belies logic and common sense: There is absolutely nothing in the construct of this creature we call an economy that precludes mechanisms to fight global warming," he wrote.

In his Vox piece, Bernstein noted that the price of gasoline has remained relatively flat for more than a decade, which showed the market’s failure to price in the cost of global warming even as the science has become more clear.

He said it reflects the market’s bias toward the present day and represents a failure to account for how fossil fuel consumption will affect future conditions. Fossil fuel costs should be higher and "should be growing faster than overall prices," he wrote.

"Something big, different, and oriented toward both future crises and present injustices is required," he wrote. "This is what it will take to override the powerful forces jamming the economic model and, in so doing, reveal the true scarcity of our natural resources and the sustainable path to preserve them."