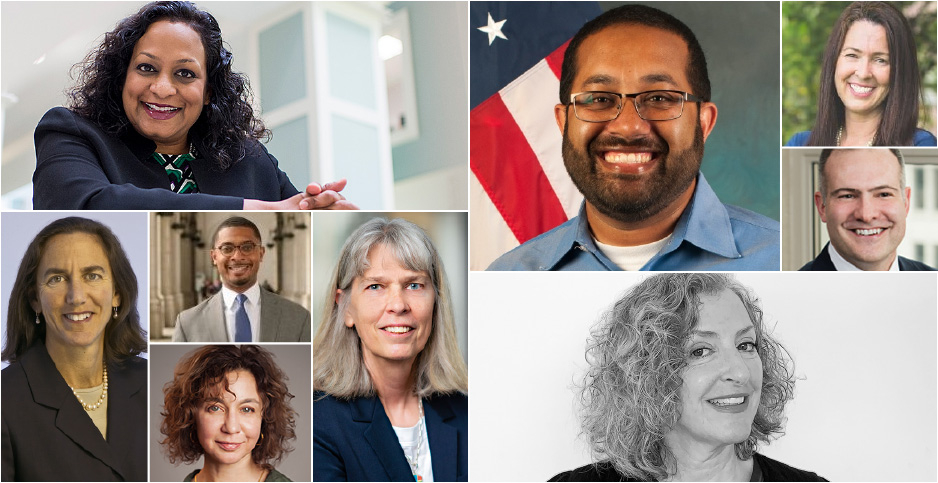 The Biden administration today reinforced its environmental roster, announcing a slew of EPA and Interior, Energy and Transportation department nominees.

In one of the highest-profile moves, the White House said energy attorney Tommy Beaudreau will be nominated to serve as deputy Interior secretary, adding both agency management savvy and some potential pragmatic appeal to key Senate centrists.

At EPA, the White House said it will tap Radhika Fox to oversee the Office of Water and Michal Freedhoff to lead the Office of Chemical Safety and Pollution Prevention. Both have been at the agency in acting roles since earlier this year. Faisal Amin will be nominated as EPA chief financial officer.

Jill Hruby, who previously led the Sandia National Laboratories, will be nominated to become head of the Department of Energy’s National Nuclear Security Administration. At the Transportation Department, Meera Joshi will be put forward to become the deputy administrator of the Federal Motor Carrier Safety Administration, while Christopher Coes would become assistant secretary.

The deputy secretary position at the Interior Department has been in question since last month, when the Biden administration withdrew the candidacy of Elizabeth Klein amid concerns from Republican senators about whether she would have an anti-fossil-fuel agenda. Klein is now serving as a senior counselor for the department, a position that does not need Senate confirmation (Greenwire, April 13).

Beaudreau, who was raised in Alaska, emerged at that time as a favored candidate of Alaska Sen. Lisa Murkowski (R), a key centrist vote in the closely divided Senate. But others in the conservation community have also praised him as a good choice.

"I think Tommy is a strong administrator and he knows how the department works, so that makes a lot of sense," Whit Fosburgh, president and CEO of the Theodore Roosevelt Conservation Partnership, told E&E News, adding that he has a "very strong conservation record."

Beaudreau joined the law firm Latham & Watkins LLP in 2017 after serving as Interior’s chief of staff.

He also spent time as acting assistant secretary for land and minerals management and was the first director of the Bureau of Ocean Energy Management, which was established in 2010 when the Minerals Management Service was split up after BP PLC’s oil spill in the Gulf of Mexico.

A 1994 graduate of Yale University, Beaudreau earned his law degree from Georgetown University Law Center. As a partner at Latham & Watkins, he’s been a member of the firm’s Environment, Land and Resources Department and global co-chair of the firm’s project siting and approvals practice.

His perspective on both the power and the limits of executive authority may be music to congressional ears.

"Lasting and effective changes in the way public lands are managed, the kinds of changes that can survive swings in the political pendulum, would also require Congress to weigh in on defining the public’s interest in energy development on public lands," Beaudreau and co-authors wrote in a 2019 article.

Interior nominees Estenoz and Trujillo, who both served on the Biden transition team, also have long records on key Interior issues.

Estenoz served as the COO and vice president of policy at the Everglades Foundation. She was also the Obama administration’s federal point person for restoration of the region (Greenwire, Dec. 1, 2020).

Trujillo is a leading expert on the Colorado River, which continues to face persistent drought conditions and will likely pose a regulatory challenge to the Biden administration.

A New Mexico native, Trujillo was previously a legislative aide to then-Sen. Jeff Bingaman (D-N.M.) and currently sits on the New Mexico Interstate Stream Commission. She has also led the Colorado River Sustainability Campaign, a multimillion-dollar effort that coordinates and funds a variety of environmental advocacy groups in the basin.

Stachelberg is currently the executive vice president for external affairs at the Center for American Progress, a liberal-leaning think tank.

"Our nominees each have deep experience leading on energy and environmental issues, working across federal, state, local and Tribal governments, and coordinating engagement with a variety of stakeholders," said Interior Secretary Deb Haaland.

If confirmed, Fox would oversee EPA’s Office of Water — which she has led on an acting basis since January — which is responsible for the safety of drinking water and the protection and management of surface waters.

Before joining EPA, Fox was CEO of the U.S. Water Alliance. She also served for four years as a regulator in California (E&E News PM, Jan. 19).

In a move likely to garner deep support from advocates, Biden has also tapped Freedhoff to formally lead EPA’s Office of Chemical Safety and Pollution Prevention. Freedhoff has been serving as principal deputy assistant administrator for several months, ushering in a reset for an office mired in controversy during the Trump administration.

Freedhoff holds a doctorate in physical chemistry from the University of Rochester and has worked in government since 1996 for lawmakers including Sen. Ed Markey (D-Mass.). During her lengthy tenure on the Hill, she also served as minority director of oversight for the Senate Environment and Public Works Committee. She helped shape and craft significant policies in that role — including the 2016 overhaul of the Toxic Substances Control Act.

Environmental and health groups have praised Freedhoff’s expertise and knowledge of chemicals policy, as well as her openness to pursuing regulations. Freedhoff’s confirmation would be a major win for proponents of regulating per- and polyfluoroalkyl substances, in addition to potentially bolstering a redo of certain TSCA risk assessments (Greenwire, Feb. 8).

In another notable move, Biden tapped Amin for EPA chief financial officer. Amin worked both for the Government Accountability Office and for Biden during the Obama administration. He has been serving as deputy director of the Office of Administration in the Executive Office of the President since March (Greenwire, March 9).

Hruby joined the Sandia National Laboratories in 1983 and eventually became its first female leader. Since her retirement in 2017, she served as the inaugural Sam Nunn distinguished fellow at the Nuclear Threat Initiative from 2018 to 2019. She also participated in multiple nuclear-threat-related advisory boards.

"Jill is one of DOE’s very best success stories — she rose through the ranks at Sandia National Labs to become the first woman to lead a national security lab, and now she’s the perfect person to head up our efforts to maintain a safe and reliable nuclear deterrent and protect our national security," Energy Secretary Jennifer Granholm said in a statement.

The president also announced his intent to nominate officials to two key Department of Transportation posts. Biden picked Joshi, a longtime government oversight lawyer, to serve as the deputy administrator of the Federal Motor Carrier Safety Administration. She has been acting administrator since January.

The Philadelphia native was previously chair and CEO of the New York City Taxi & Limousine Commission, which is the country’s largest for-hire transportation regulator. There, she led the Vision Zero campaign, which used data tools in an effort to keep high-risk drivers and unsafe vehicles off the road.

Prior to that position, Joshi was the inspector general for New York City’s Department of Corrections. She has also served as general manager for the New York office of Sam Schwartz transportation consultants and was a visiting scholar at New York University’s Rudin Center for Transportation Policy.

Biden also tapped Coes, who has been serving as the acting Transportation assistant secretary, to permanently fill that post. Prior to joining the Biden administration, Coes was the vice president for land use and development at Smart Growth America (SGA), where he led the group’s built environment programs. Coes also previously served as a consultant for government affairs and campaigns at M+R Strategic Services, where he worked with clients including the Service Employees International Union, Habitat for Humanity and Transportation for America.