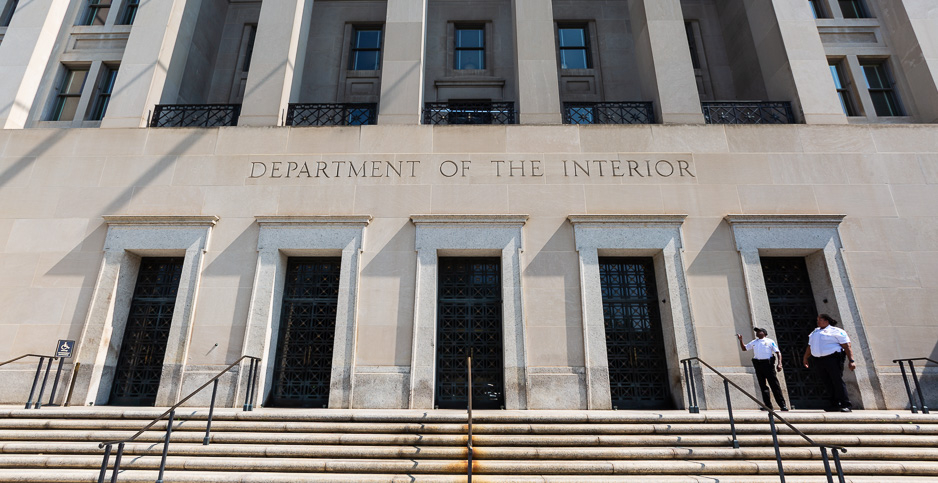 The White House has tapped another environmental advocate for a key Interior leadership position, but it’s unclear whether Laura Daniel-Davis will face the same heat as earlier nominees.

President Biden quietly announced Daniel-Davis for assistant Interior secretary for land and minerals management before the weekend. The position is a critical one for the climate ambitions of the White House and represents the latest proposed addition to a leadership team at Interior stacked with conservation proponents and advocates for clean energy.

Daniel-Davis, a former policy director at the National Wildlife Federation, began serving with the authority of the assistant secretary in January. She’s played lead on several Interior decisions so far, from helming a spring hearing on the future of the federal oil program to approving the first large offshore wind farm in the United States.

The nomination of Daniel-Davis comes as Senate Republicans have continued to hammer another Biden pick: Tracy Stone-Manning, currently a senior adviser for conservation policy at NWF.

Daniel-Davis lists nonprofit work in environmental policy and conservation on her resume, much like Stone-Manning and other Biden political appointees who have faced heat. But she’s also a veteran of the Interior Department, serving under multiple Democratic presidential administrations.

If confirmed, Daniel-Davis would help shape and deploy the Biden administration’s fossil fuel and renewable energy agenda, much as her predecessor under the Trump administration was a driver in its pro-oil-drilling agenda.

To conservationists, Daniel-Davis’ backgrounds in both conservation and politics are strong bona fides for an assistant secretary, particularly with the White House promise to act on climate.

"You’d be hard pressed to find someone more qualified for this position," said Jennifer Rokala, executive director of the conservation group Center for Western Priorities, in a statement.

From 2018 until earlier this year, she held a senior position in policy and advocacy at the National Wildlife Federation.

Land Tawney, president of Backcountry Hunters & Anglers, said Daniel-Davis’ work in conservation in recent years "exposed her to the priorities and values of a grassroots membership that hunts, fishes and recreates on our public lands and waters."

But that background could be a red flag with others, including GOP lawmakers who will vet Daniel-Davis during the confirmation process.

Senate Republicans have raised questions about the environmental background of several Biden appointees, even scuttling the nomination of Elizabeth Klein to serve as deputy secretary. Klein is currently working as a senior counselor to Interior Secretary Deb Haaland, a position that does not require Senate confirmation.

But Stone-Manning, Biden’s choice to serve as BLM director and a top NWF official, is currently the focus of objections on Capitol Hill.

In the beginning, Senate Republicans said they were wary of Stone-Manning due to her affiliation with NWF, implying her work with the group could dictate the policies she would champion at the bureau — specifically whether the administration chooses to further restrict oil and gas drilling on public lands.

"You’re working for an organization that for years has worked to prevent the sale and transfer of national public lands to state and private owners, so I look at that and then I look at this situation that you will have oversight of, and that causes me deep concern," Sen. Lisa Murkowski (R-Alaska), who supports energy development in the Arctic National Wildlife Refuge, said to Stone-Manning during her confirmation hearing earlier this month.

But there were other factors that may have complicated Stone-Manning’s reception on Capitol Hill.

She was a supporter of former Montana Democratic Gov. Steve Bullock, who sought unsuccessfully to unseat Montana Republican Sen. Steve Daines in the 2020 election. Stone-Manning, who worked under Bullock in various capacities, also was a longtime board member of Montana Conservation Voters, a group that pilloried Daines during that campaign for allegedly misleading voters about his environmental record.

Senate Republicans on the Energy and Natural Resources Committee brought up this affiliation during her confirmation hearing as evidence Stone-Manning would be guided by partisan politics at the helm of the agency. Now, she is facing accusations of receiving an improper loan as a government employee and collaborating with eco-terrorists as a graduate student decades ago.

How Daniel-Davis is received by members of the Senate Energy and Natural Resources Committee will be a test of whether NWF carries real toxicity for Interior nominees or whether Republicans were disinclined to oppose Stone-Manning for other reasons.

NWF has a reputation for being among the most bipartisan groups in the conservation advocacy space, with the organization’s leadership priding itself on working with members on both sides of the aisle.

"Daniel-Davis doesn’t have the connections with eco-terrorism like Stone-Manning. The fact that has to be said is telling," said Kathleen Sgamma, president of the Western Energy Alliance, an oil trade group in Denver.

Sgamma said Daniel-Davis needs to be clear about her background and areas of potential conflicts of interest.

"As with all nominees, the Interior Department needs to make sure proper ethics procedures are followed," she said. "Everyone’s quick to point out connections when a person with a business background is nominated, but the environmental lobby is big business as well."

During much of the Trump era, the assistant secretary of lands and minerals position was filled by Joe Balash, a pro-oil Alaskan, who drove key changes in mineral management at Interior. He was particularly critical in advancing the first oil and gas drilling program in the Arctic National Wildlife Refuge.