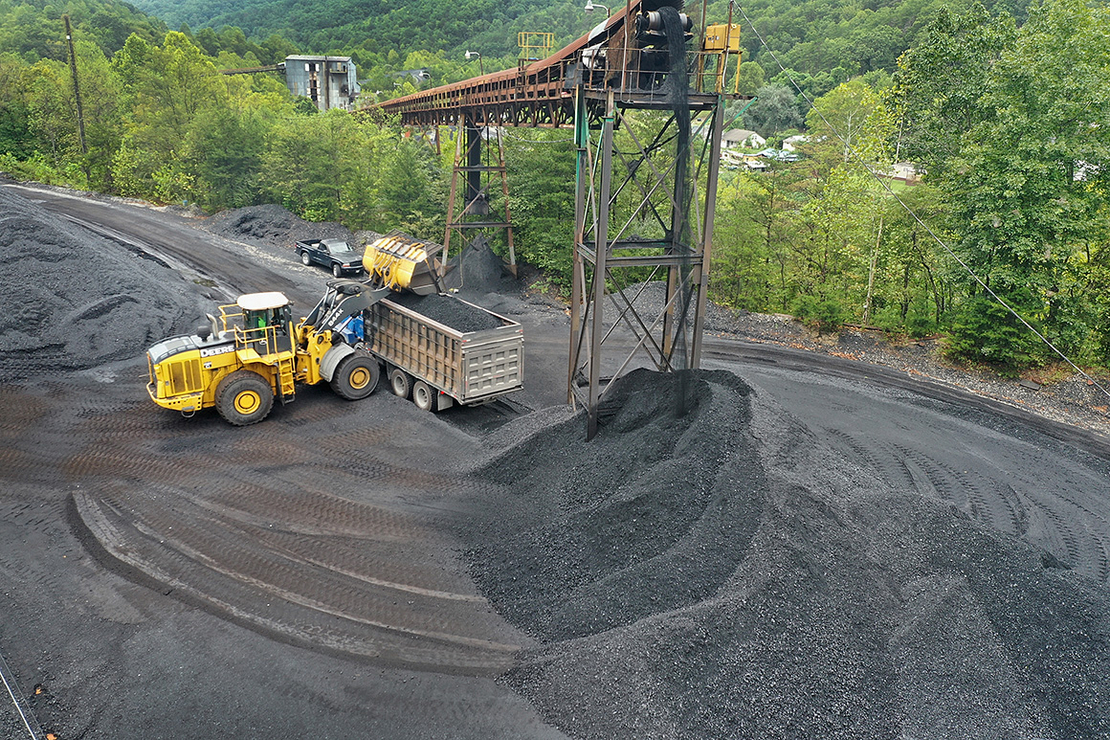 Coal is loaded onto a truck at a mine on Aug. 26, 2019, near Cumberland, Ky. Scott Olson/Getty Images

President Biden has nominated a top attorney at the National Labor Relations Board and former staffer for West Virginia Democratic Sen. Joe Manchin to run the Mine Safety and Health Administration.

Christopher Williamson, a West Virginia native, is currently senior counsel to National Labor Relations Board Chair Lauren McFerran, and was a member of senior leadership at MSHA under former President Obama.

Before that, he was a legislative assistant for Manchin and then labor counsel to Sen. Tom Harkin (D-Iowa) on the Senate Health, Education, Labor and Pensions Committee. Harkin has since retired.

Biden nominated Williamson to be assistant secretary for mine safety and health at the Labor Department on Nov. 12. The White House has yet to formally send the nomination to the Senate for consideration, and the Senate Health, Education, Labor and Pensions Committee has not received his paperwork.

In a statement, a spokesperson for the committee said Chair Patty Murray (D-Wash.) will work to advance Williamson’s nomination “expeditiously” as soon as “the HELP Committee receives Mr. Williamson’s official nomination and paperwork.”

Changing of the guard

Williamson has been tapped to lead MSHA as the agency goes through what observers say is a period of flux.

Under the leadership of former President Trump’s MSHA chief, David Zatezalo, agency rulemakings slowed in line with that administration’s deregulatory agenda. Since Biden has taken office, the agency has proposed new regulations for use of haulage equipment. It has also issued more stringent — albeit nonbinding — guidance on safely operating mines during the pandemic (E&E News PM, March 10).

In an interview before Williamson’s nomination was announced, Phil Smith, director of governmental affairs for the United Mine Workers of America, told E&E News that MSHA has been “obviously more responsive” to union asks under Biden.

Smith said Williamson’s nomination was “strongly recommended” to the Biden administration by the UMWA. The union has publicly backed the nominee.

“They’re more responsive to the complaints that workers have, [and] they are less likely to give mines a pass on violations issues,” Smith said, noting the new administration is “still getting its feet wet” at MSHA. “All of these positions are still being filled out.”

While he has support from key constituencies and benefits from being a former staffer to a senator who is a key vote in a 50-50 split Senate, Williamson lacks a recent history of working in the mining business. Zatezalo took the job after years in the coal industry, including serving as chair of mining company Rhino Resources.

Because of this, attorneys in Washington who regularly deal with issues at MSHA said in interviews they were surprised by Williamson’s nomination. Yet they say he has the kind of Capitol Hill experience that could easily get him across the finish line.

Williamson does not have high name recognition in the mining industry, “which is not necessarily a bad thing,” standing in contrast with Obama’s MSHA chief Joe Main, a longtime UMWA veteran.

“[Main] had worked for the union. He had worked on these types of issues for a long time, so I had the sense that he was more of a known quantity,” Hendrix said.

“The thing I think [senators] look for is, is this someone who has the necessary qualifications and credentials to do the job, not if he has made a name for himself in the industry,” he said. “I’m less concerned about name recognition and more concerned about, does he have the chops or the experience or the vision for the job?”

Time will tell whether Williamson is ready for the job, said Margo Lopez, an attorney with the firm Ogletree, Deakins, Nash, Smoak & Stewart. His experience working on various labor policy issues at the NLRB means he would bring a “pretty broad perspective to this position that we might not have seen in a while.”