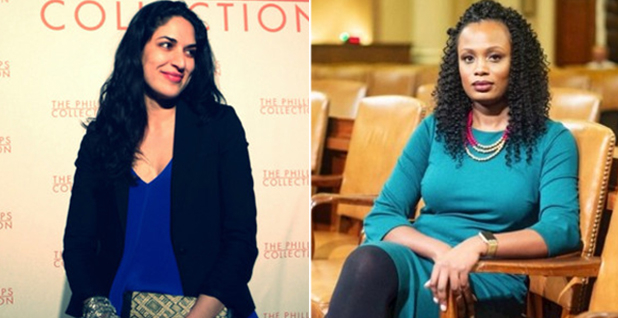 President-elect Joe Biden today named a pair of aides with deep Capitol Hill roots to round out the White House’s Office of Legislative Affairs in the new administration.

Reema Dodin, a volunteer on the Biden-Harris transition team who is also deputy chief of staff and floor director to Senate Minority Whip Dick Durbin (D-Ill.), will serve as deputy director of the Office of Legislative Affairs, the president-elect announced this morning.

Dodin, who holds degrees from the University of California, Berkeley, and the University of Illinois, Urbana-Champaign, has also worked for Durbin as floor counsel, research director and on the senator’s Judiciary Subcommittee on Human Rights and the Law.

In a statement, Durbin lauded the choice, noting that Dodin started working for him 14 years ago while a law school intern and "progressed to become one of the most respected staffers on the Hill."

"In short, Reema is just what our new president needs to help him in the Senate," Durbin said. "My loss is the president-elect’s and the nation’s gain."

Goff, the first Black woman to hold the floor director job, has also held numerous other positions for Hoyer. She is a graduate of the University of Tennessee and American University.

Dodin and Goff will assist the incoming Legislative Affairs Director Louisa Terrell, a veteran of the office under President Obama and a former aide to Sen. Cory Booker (D-N.J.) (Greenwire, Nov. 20).

The legislative team will be tasked with advancing the new administration’s agenda and shepherding his nominations through a closely divided Senate, control of which won’t be known until the outcome of two Jan. 5 runoffs in Georgia’s Senate contests. Democrats need to win both seats to control the majority in the 117th Congress.

In a statement, Biden said the pair "will help advance our agenda and ensure every American has a fair shot."

"In a Biden administration, we will have an open door to the Hill and this team will make sure their views are always represented in the White House," said the president-elect.

Hoyer cheered Biden’s selection of Goff, whom he called a "highly experienced and talented individual."

"In her twelve years as a member of my staff, Shuwanza has become an expert on the legislative process and built strong relationships with Committees, Members, and staff throughout the Democratic Caucus and with Members and staff on the Republican side of the aisle," Hoyer said in a statement.

The Trump administration has not yet conceded the election, although some GOP lawmakers are growing tired of the uncertainty and the long-shot legal challenges the president’s campaign has filed in several states.

"As states wrap up the 2020 election and certify the results, it is incumbent upon all of us to ensure that we respect the integrity of the election process and uphold Americans’ faith in our electoral system," she said in a statement.

"Each state has worked to ensure a free and fair elections process," she said. "President Trump has had the opportunity to litigate his claims, and the courts have thus far found them without merit."