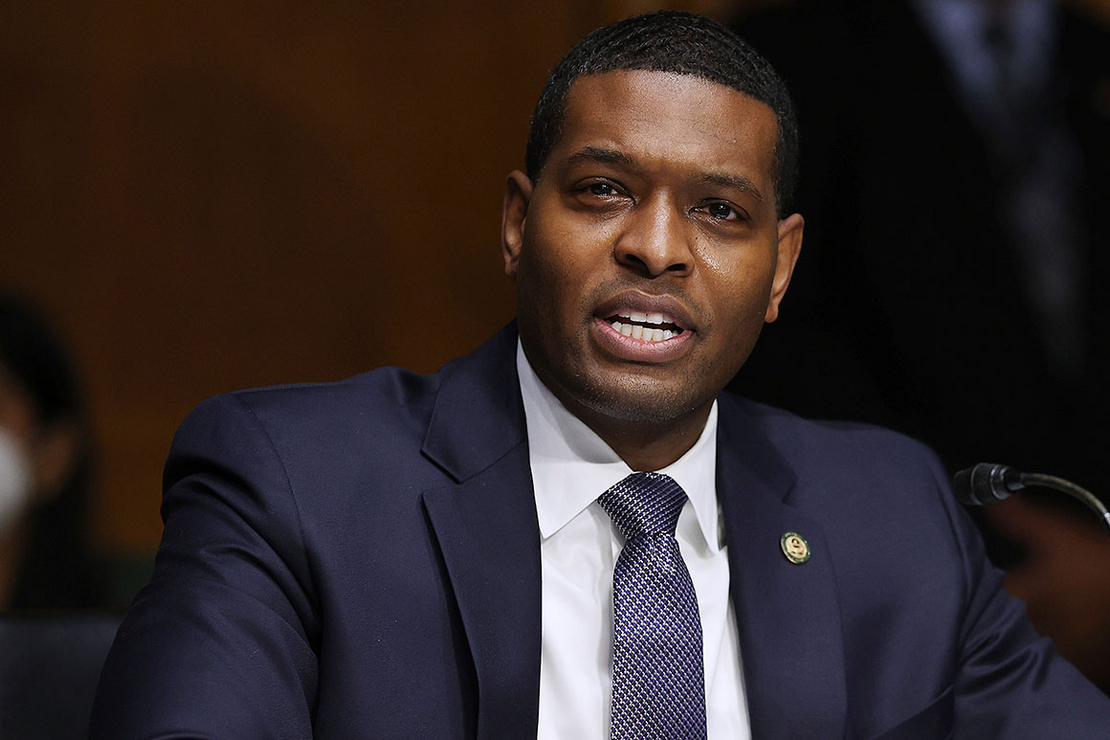 The Biden administration will take aim today at a class of climate superpollutants that can be thousands of times more potent than carbon dioxide.

These gases, known as hydrofluorocarbons, are often found in appliances such as refrigerators or air conditioners, and scientists for years have warned about their potential to accelerate global warming.

To blunt the impact of hydrofluorocarbons, the Biden administration is expected to announce a sweeping, multiagency crackdown on the superpollutants.

The centerpiece of the strategy is EPA’s final rule phasing down hydrofluorocarbons by 85 percent over the next decade and a half, as required by legislation last year. The policy would allow the United States to take the domestic steps it needs to join China, the European Union and other major countries in ratifying the Kigali Amendment to the Montreal Protocol for ozone.

The initiative also provides an early glimpse into the Biden administration’s long-promised “whole-of-government approach” to fighting climate change, assigning departments from Homeland Security to Defense new roles in preventing the illegal import of HFCs or finding new uses for their more climate-friendly alternatives.

But in a call last night with reporters, White House climate adviser Gina McCarthy, emphasized the economic impact of the plan, rather than its environmental effect. It’s an approach that recalls her time as EPA administrator under President Obama, in which she often touted EPA actions as job-creators.

“The U.S. is a leader in innovation and the manufacture of the HFC alternatives, so making this shift is good for our economy,” she said. “And the action we’re announcing today will ensure that our businesses remain competitive and keep creating good-paying union jobs as the global market gets bigger and bigger for HFC alternatives.”

EPA’s rule relies on authority granted by Congress last year as part of omnibus legislation to set a U.S. baseline for consumption and production of hydrofluorocarbons used in air conditioning and refrigeration, and then cap and ratchet them down along a set timeline beginning on Jan. 1, 2022.

It creates a framework for allocating allowances that producers, consumers and importers will need to cover their HFCs. Companies that historically traded in HFCs would receive allowances to cover a share of their historic output that would then ratchet down over time. Joseph Goffman, who heads EPA’s Office of Air and Radiation, said on the same call that more information about company specific allowance allocations would be released by October.

The rule also provides for the reporting and tracking of HFCs, the enforcement of restrictions on imports, and it creates a trading mechanism for allowances. It also bans the release of HFC-23, the most potent HFC with 14,800 times the global warming potential of CO2.

Environmentalists who have tracked the rule expressed concern that the proposed version released this spring controlled the import of bulk HFCs but not of appliances that use them. Goffman acknowledged in the call that the agency was given tools in last year’s bill to control HFCs embedded in products that enter the country.

He promised additional action by Oct. 10, including EPA’s answers to several petitions asking it to restrict or ban the use of HFCs in specific appliances and other products.

EPA Administrator Michael Regan said his agency’s rule would deliver annual emissions cuts equivalent to taking one out of every seven cars off the road by 2036, the final year of the phase down. He put the rule’s annual benefits at $16.4 billion by that year.

“This rule, like many of our rules, was strengthened by the public comments we received,” he said.

The White House also announced the creation of a new interagency task force on illegal HFC trade, led by EPA and the Department of Homeland Security with input from the departments of Justice, State and Defense.

Goffman noted that as Europe has phased down HFCs it has had problems with illegal imports of the chemicals.

“We’ve actually studied that experience and we want to get ahead of it,” he said. “Part of what we’re doing is putting would-be illegal actors on notice in standing up that mechanism.”

The plan also calls on the Defense Department to find climate-friendly alternatives to HFCs for use by the military. And it directs the General Services Administration to review contracts to support the use of HFC alternatives in procurement.

While the administration’s HFC strategy was far reaching, it didn’t include any mention of when President Biden would make good on his “Day One” commitment to submit the Kigali Amendment to the Senate for approval.

The State Department has transferred the necessary paperwork to the White House for ratification, but the White House has yet to send it over to the Senate. Meanwhile, China and India have moved to join the global phase down.

McCarthy declined to say why Biden hadn’t yet asked the Senate for its consent on Kigali.

“There is no holdup. I just don’t know when the president is intending to do this, and we’ll let you know as soon as we can,” she said.

Asked whether the administration was unsure it could count on the 67 Senate votes needed for ratification, McCarthy pointed out that last year’s domestic HFC legislation passed with bipartisan support.

“We are very confident that Congress will welcome this when it comes over, and the president himself will let you know when that is,” she said.

The General Services Administration will review all “best in class” contracts to ensure the Federal Acquisition Regulation clauses that support the use of HFC alternatives and reclaimed HFCs have been correctly incorporated into all relevant contracts.