Biden to make climate case in first address to Congress 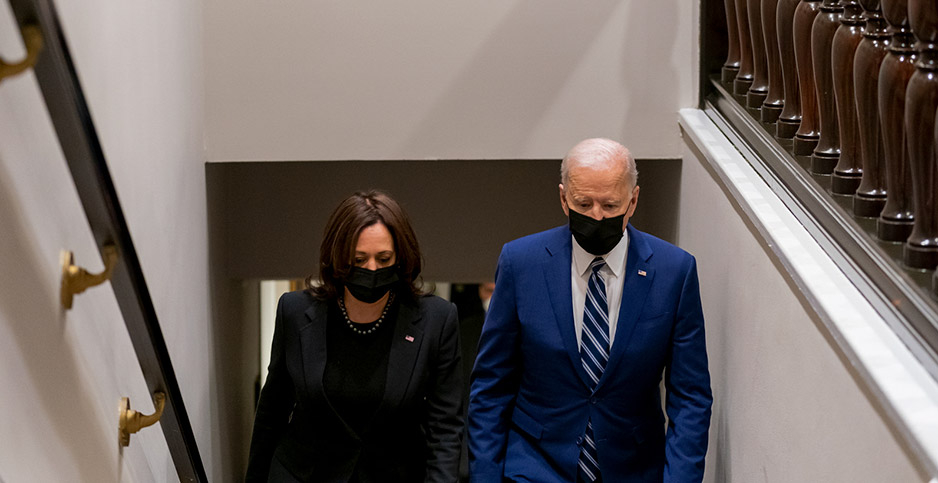 President Biden is expected to use his first congressional address tonight to tout how the first 100 days of his administration have yielded the most ambitious climate policy of any U.S. president.

But much of it depends on forces beyond his reach.

The durability of Biden’s climate policy hinges on what he can pass through the House and Senate, which Democrats control with razor-thin majorities.

The keystone of that agenda is Biden’s $2.2 trillion infrastructure plan. Its fate will determine if Biden’s plan to decarbonize the economy will outlast his presidency or if it will be rendered toothless by a future president who wants to boost fossil fuels.

Opposition among Republican lawmakers is high. But the White House is aiming to advance its infrastructure plan by leaning on Democrats and a few moderate GOP legislators, and building support among Republican voters outside Washington.

Jonathan Pershing, an adviser to climate envoy John Kerry, said that after tonight’s speech, the White House intends to appeal directly to Republican voters and lawmakers — including those who didn’t vote for the president — to argue how the bill would help them.

"How do we deal with the farm states that often vote on the Republican side of the ledger and yet they have enormous interest in what happens with the land?" Pershing asked in response to a question from E&E News at a Society of Environmental Journalists panel discussion Monday.

"You can actually work actively with communities that care deeply about soil erosion, that actively care about forests, that look at how you sustain a way of life that people are committed to in rural communities around the nation that are green and sustainable and long-lasting," he added.

The stakes couldn’t be higher for Biden, who needs to enact bold policies in order to fulfill the pledge he made last week to world leaders at a U.S.-led climate summit. Biden wants to cut U.S. greenhouse gas emissions 50% to 52% by 2030 compared with 2005 levels.

His infrastructure package is critical to that goal. It would provide hundreds of billions of dollars for electric vehicles, clean energy infrastructure and transmissions lines. Also included is a clean electricity standard to mandate a carbon-free electric grid by 2035.

For now, the White House and Democrats appear to be going it alone with their climate plans, relying on passing the infrastructure package through the budget reconciliation process even as they try to court some moderate Republicans.

The last few weeks of outreach provide a window into the path Biden sees to get his bill passed, observers said. For now, the focus is on a handful of Republicans and some moderate Democrats, according to multiple sources close to the talks.

Pressure on other Republicans — which largely has been nonexistent — is expected to ramp up. Business groups are planning a lobbying blitz on Capitol Hill in a few weeks to garner support for the bill.

For now, Biden’s infrastructure plan has substantial public support, including among Republicans, according to a series of recent polls.

A Monmouth University poll released Monday found that 68% of Americans support the plan, while one released by The Washington Post and ABC News showed 52% support.

Still, getting bipartisan backing for trillions of dollars in new spending is a heavy lift in a polarized political environment. It’s made even harder because Democrats can only lose a handful of votes in the House and none in the Senate.

One White House target is Rep. Brian Fitzpatrick, a moderate Republican from Pennsylvania. Biden has invited Fitzpatrick to the White House to sell his plan, and Fitzpatrick has been in touch with Transportation Secretary Pete Buttigieg about infrastructure ideas he can support, according to multiple sources close to the discussions.

But there was no outreach to Sen. Joe Manchin (D-W.Va.) on the clean electricity standard — which he may oppose — before Biden announced the infrastructure plan, according to a source working on climate policy with Republicans on the Hill.

Dropping major policy proposals without providing details to key lawmakers is a throwback to the last four years, said the source, who spoke on background to avoid repercussions for speaking frankly. The Trump White House, the source added, would propose major legislative ideas and then leave the work up to Congress.

"With the Trump administration, the White House stopped writing legislation and stopped making substantive proposals; there were just these presidential declarations, and they would say, ‘It’s up to Congress to decide what they want to do,’" the source said. "This arm’s-length thing — this is like we are in a new era."

A few Senate Democrats have proposed splitting the infrastructure measure into a few bills — including one for traditional infrastructure such as roads, bridges and the internet that could attract some Republican support and help it move quickly through Congress.

But other Democrats are opposed to that strategy, including Senate Majority Whip Dick Durbin (D-Ill.), who said there was not enough time to split the bill into pieces.

"Time is not on our side, we have so many things to do," Durbin told reporters Monday. "Keep everything together and move it in a package that works."

The White House also is counting on key constituencies to pressure hesitant lawmakers on the infrastructure plan.

Next month, business leaders plan to meet with members of Congress, said Anne Kelly, vice president for government affairs at the sustainability nonprofit Ceres. Earlier this month, Kelly helped organize a letter from more than 300 businesses, including Walmart, McDonald’s and Salesforce.com, pressing the Biden administration to establish more aggressive carbon reduction goals. Now, the group is bringing some of those same business leaders to Congress, she said.

Pershing, Kerry’s climate aide, said the White House intends to focus on areas of agreement with Republicans, such as global competitiveness around clean energy. Common ground could include protecting clean energy jobs in the United States and developing supply chains around lithium, cobalt and other precious metals needed for batteries and clean energy technology. It also could include work with communities around erosion, deforestation and preserving a rural way of life through conservation, he said.

Talking to members of Congress, their staffs and staff from congressional committees has offered hope that there is a broad interest for infrastructure across both parties, Pershing said.