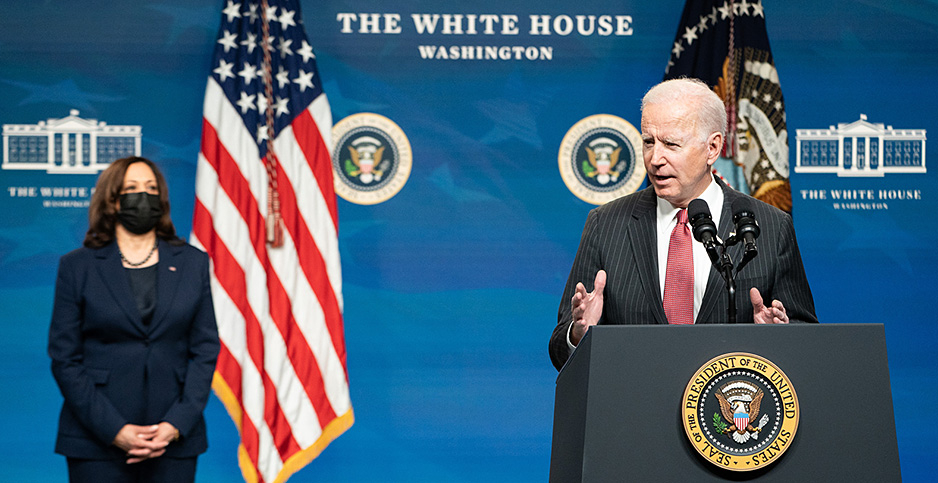 The order comes as the automotive industry is being rocked by a shortage of semiconductor chips and nearly a year after a lack of personal protective equipment necessary to reduce transmission of COVID-19 exposed weaknesses in the United States’ supply chains.

The White House said in a fact sheet released today that the order is a means to address climate change and kick-start the economy.

"By identifying supply chain risks, we can meet the President’s commitment to accelerate U.S. leadership of clean energy technologies," the White House said.

The White House notes that the United States is a leading exporter of EVs but trails other countries in supplying raw materials and manufacturing batteries.

Most lithium extraction takes place in Argentina and Chile, while China is a major hub for chemical processing for electric vehicle batteries. In the United States, a group of companies are racing to bring new lithium projects online.

"We have a skyrocketing demand for batteries that will power the shift to electrification of our transportation system and our grid. We’re pleased to see the Biden administration laser-focused on this," said Ben Steinberg, spokesperson for the Battery Materials & Technology Coalition, which includes Standard Lithium and Piedmont.

The president is also aiming to loosen China’s grip on rare earths, a group of elements commonly used in magnets that are components of EVs and advanced weaponry sought by the Pentagon.

Just one mine, in Mountain Pass, Calif., produces rare earths domestically. China supplies 80% of U.S. imports, according to the U.S. Geological Survey. Beijing has considered curbing exports of its rare earths reserves, according to a report in the Financial Times last week.

The White House hopes the supply chain review will ensure the United States is "not dependent upon foreign sources" in times of national emergency, the fact sheet says.

In November, the Defense Department poured $9.6 million into the processing capacity of MP Materials Corp., operator of the Mountain Pass rare earths mine.

And it awarded $30.4 million earlier this month to Australian firm Lynas Rare Earths Ltd. to build a processing facility in Hondo, Texas.

"We can’t import our way to economic and national security; we have to establish that security literally from the ground up by using American-mined materials produced by American workers under world-leading environmental standards," he said in a statement.