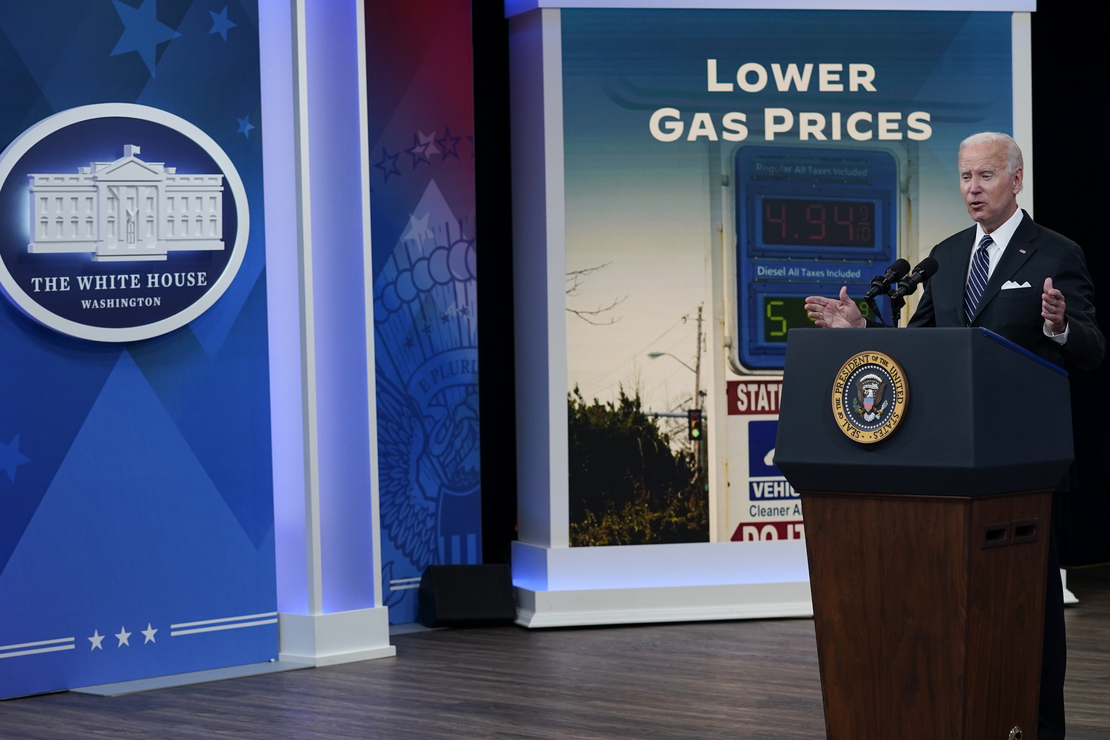 With the midterm election about a week away, Biden scheduled a press conference for Monday afternoon to discuss oil companies’ profits. Gas prices have been a central issue on the campaign trail this fall, and the Biden administration has consistently blamed the oil industry for failing to do enough to lower prices at the pump.

“The President will again call on oil and gas companies to invest their record profits in lowering costs for American families and increasing production,” said a White House official who was granted anonymity to preview Biden’s speech. “And if they don’t, he will call on Congress to consider requiring oil companies to pay tax penalties and face other restrictions.”

AP was the first to report Monday that Biden’s speech would raise the possibility of imposing a “windfall tax” on energy companies.

Biden’s speech was previewed on the White House website as the president’s response “to reports over recent days of major oil companies making record-setting profits even as they refuse to help lower prices at the pump for the American people.”

Industry representatives are arguing against windfall profit taxes and accusing Biden of playing politics on the issue to buoy Democrats in the midterms.

“The history of a windfall profits tax is clear: reduced domestic production and increased dependence on foreign suppliers,” said Anne Bradbury, CEO of the American Exploration & Production Council. “This announcement is designed to distract from this Administration’s failed energy policies.”