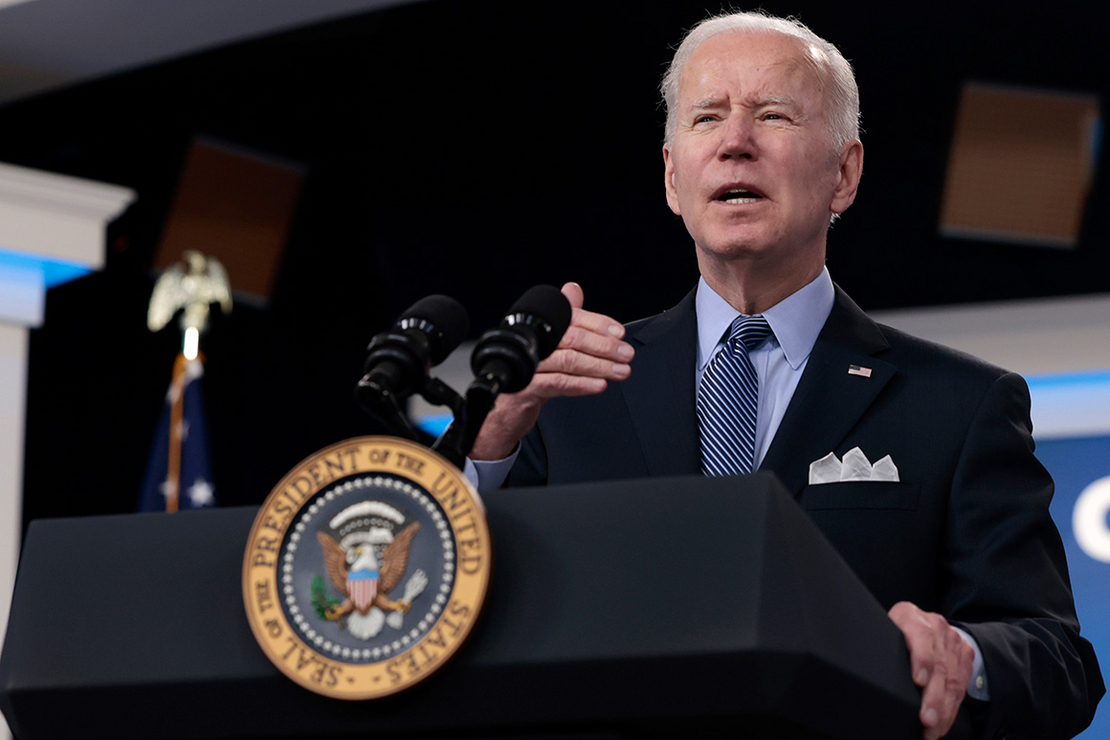 President Biden today will announce the largest release of oil reserves in U.S. history and a government-backed effort to boost U.S. mining of critical minerals used in electric vehicles, according to White House officials.

The moves to increase domestic energy and critical mineral supplies come in response to gas prices that have soared as a result of Russia invading Ukraine, Biden administration officials told reporters today. Metals prices have been similarly volatile due to the conflict, which experts previously told E&E News could stall the U.S. transition away from fossil fuels.

In a fact sheet distributed this morning, the White House said it plans an “unprecedented” release of 1 million barrels of additional oil per day on average from the Strategic Petroleum Reserve for the next six months to “serve as a bridge” until domestic production is expected to increase at the end of the year.

“Because of [Russian President Vladimir] Putin’s war of choice, less oil is getting to market, and the reduction in supply is raising prices at the pump for Americans. President Biden is committed to doing everything in his power to help American families who are paying more out of pocket as a result,” the White House said ahead of a Biden announcement slated for this afternoon.

Biden is coordinating the oil release with other countries, the White House said. An official told reporters that international efforts to address energy markets will be a topic at a meeting of the International Energy Agency tomorrow.

The administration is also urging Congress to force oil companies to pay fees on wells that have been idle for years and on acres of public lands where they hold leases but aren’t producing oil. Companies that “continue to sit on non-producing acres will have to choose whether to start producing or pay a fee for each idled well and unused acre,” the White House said in a fact sheet.

House Speaker Nancy Pelosi (D-Calif.) welcomed Biden’s announcement today and suggested to reporters that Democrats are increasingly weighing a “use or lose it” policy for energy companies holding federal leases for production who don’t use them. She said another possibility is assessing a fee on energy companies who hold federal leases but don’t pursue drilling.

Another option that has support among some Democrats is a federal rebate or direct payment to consumers to help lessen the impact of gas prices, Pelosi said. She said earlier proposals to provide that rebate via a federal gas tax holiday won’t work because there is no way to guarantee energy companies will pass along the savings.

“We cannot allow the fossil fuel industry to use this [war in Ukraine] as an excuse to reverse everything we are doing to save the planet,” she added.

In response to the White House announcement today, Sen. Steve Daines, a Montana Republican, accused the administration of trying to “cover up the ramifications of his disastrous anti-American energy policies.” Biden’s “desperate moves are not the solution — investing in American energy production is, and that includes oil and gas,” Daines said.

The White House announcement on critical minerals was a welcome announcement for influential lawmakers who have encouraged the administration to fuel domestic production.

At a hearing this morning, Manchin excitedly said, “It sounds like there might be an announcement being made today” about his request.

“I welcome that news, and I look forward to seeing the details,” Manchin said.

If Biden’s order aligns with details previously floated by White House and industry sources, it would send important signals to the market and potential investors in the mining industry about his support for producing minerals needed in order to make EV batteries and renewable energy products, said Morgan Bazilian, director of the Payne Institute for Public Policy at the Colorado School of Mines.

Bazilian referred to a White House source with knowledge of the administration’s plan who told E&E News yesterday that instead of focusing on loans or direct purchases of materials from mining companies, the order would focus on helping mining companies with “feasibility studies, co-product and byproduct production at current operations, and productivity/safety modernizations.”

Feasibility studies are used by miners to assess whether a proposed mine would be able to produce resources economically. Co-product and byproduct production is a mining industry practice of obtaining and selling valuable minerals as a secondary product from a mine that typically yields other minerals, like getting copper from a gold mine.

Although these activities would not result in a “radical change” to U.S. mineral supplies, the order could evoke “strong optics” that send “signals” to potential investors in new U.S. mines, Bazilian said.

“Sending signals is useful. They can stimulate markets. They can change dynamics. They can give investors comfort. They can do all kinds of things that can get over the perception of risk,” Bazilian said. “[This] is actually useful.”

The National Mining Association, an industry trade group representing large miners operating in the U.S., announced ahead of Biden’s remarks that it supports the move. Some climate hawks in Congress also lauded the action yesterday, telling E&E News they see mining as an important part of a future clean energy economy.

Environmentalists meanwhile have largely balked at the measure, asserting that government subsidies for more mining could incentivize the destruction of fragile spaces and sacred places treasured by Indigenous peoples.

In an apparent bid to speak to those concerns ahead of the announcement, the Interior Department this morning published a notice in the Federal Register launching a comment period for ideas to overhaul existing mining laws and regulations.