Biden tosses $6B lifeline to save struggling nuclear plants 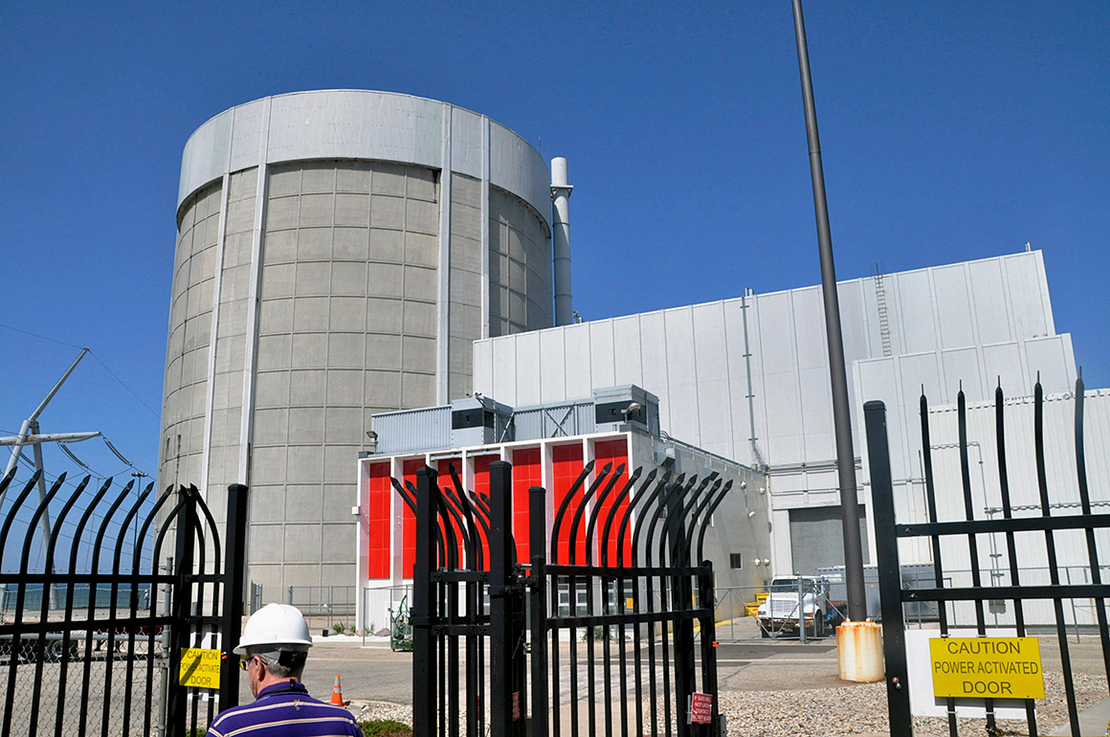 The Energy Department yesterday launched a program to provide up to $6 billion in grants to operators of financially hard-hit U.S. nuclear plants to help them keep operating, but the immediate impact of the new lifeline was not clear.

“U.S. nuclear power plants contribute more than half of our carbon-free electricity, and President Biden is committed to keeping these plants active to reach our clean energy goals,” Energy Secretary Jennifer Granholm said in a statement. The program was created in last year’s Infrastructure Investment and Jobs Act (Greenwire, Feb. 11).

In the program’s first phase, grants are restricted to plants that had publicly announced they would close down prior to Sept. 30, 2026. Of the 93 operating U.S. reactors, just three meet that qualification — the Palisades reactor in Michigan, which is scheduled to close in May, and Diablo Canyon reactors 1 and 2 in California, with planned closing dates of November 2024 and August 2025, respectively. Future awards will not be limited to reactors with scheduled shutdowns, DOE said.

However, a spokesperson for Entergy Corp., owner of Palisades, said yesterday the plant will be shut down as planned next month and undergo an accelerated decommissioning.

Pacific Gas and Electric Co. reached a settlement with environmental organization opponents and other parties to close the Diablo Canyon plant after the federal license for the second unit expired, and the California Public Utilities Commission approved the plan in 2018.

Rolling power blackouts in 2020 have caused new concerns about California’s power resources, and an analysis by researchers at Stanford University and the Massachusetts Institute of Technology estimated last year that keeping the reactors open could significantly reduce power plant emissions, save billions of dollars and increase power system reliability.

PG&E spokesperson Suzanne Hosn said yesterday the plan to close Diablo Canyon had not changed, adding “as a regulated utility, we are required to follow the energy policies of the state. At this time, the state has not changed its position regarding the future of nuclear energy in California” and the future of Diablo Canyon specifically.

To qualify for the new DOE program, operators must demonstrate several criteria: that a reactor would have to cease operations because of economic factors, that air pollutants would increase if a shut-down reactor is replaced with other power sources and that the Nuclear Regulatory Commission has determined the plant does not pose a significant risk to public safety.

In a question-and-answer statement, DOE said it had no estimate of how many nuclear plant operators might seek the assistance, adding “it’s very clear that there are multiple reactors facing significant financial pressures.” It noted that the Energy Information Administration has projected that the United States could lose 19 gigawatts of nuclear capacity by 2050.

Timothy Fox, vice president at ClearView Energy Partners LLC, said that some nuclear operators, in comments to DOE, warned that $6 billion wasn’t sufficient, and if spread across the nuclear fleet too widely might not be enough to keep struggling plants going. “That’s likely going to be a big issue come round two and three and any future rounds,” he said.

Edwin Lyman, director of nuclear power safety at the Union of Concerned Scientists, said the grant program’s safety criteria established by Congress “are so weak that any reactor would qualify as long as the NRC isn’t about to shut it down for safety reasons. We think that Congress missed an opportunity to provide an incentive for reactors to improve their safety performance to well above the minimum. Taxpayers should not be subsidizing borderline-unsafe reactors.”

“But to make maintenance investments in reactors — to keep them running — utilities need long-term certainty that markets will value low-carbon energy,” Flint said. “To have any hope of limiting climate change, maybe even getting to net zero in the utility sector, we have to either subsidize clean energy or make greenhouse gas emitting energy pay for its pollution.”

Matt Crozat, executive director of policy development at the Nuclear Energy Institute, said in a statement: “With increased recognition to keep our largest source of carbon-free energy online, DOE has structured a program giving priority to plants announcing intentions to close and broadening that scope to plants at risk later this year. We will work with our members to ensure this program is as effective as possible and continue to advocate for a production tax credit, which will offer greater certainty for owners to make long-term investments in their carbon-free nuclear plants.”

At the beginning of the Obama administration, the U.S. nuclear industry was poised for a wave of new reactor construction, but the fracking revolution that unlocked vast new natural gas production and a surge in wind and utility-scale solar plants caught nuclear plant owners in a vise of cheaper competition.

Since 2013, a dozen reactors have closed down before their operating permits expired.

“This led to a rise in emissions in those regions, poorer air quality [and] the loss of thousands of high-paying jobs,” DOE said yesterday.

Economists Lucas Davis and Catherine Hausman presented research in 2015 on the impact of the closing the San Onofre nuclear power plant in 2012. Replacing its electricity with gas-fueled generation caused a 9-million-ton increase in carbon dioxide emissions in the first year following its shutdown, equivalent to the tailpipe emissions of an additional 2 million cars, they said in an American Economic Journal report.

Exelon had announced plans to close down the Byron and Dresden plants in Illinois last year, but the company reversed those plans after the Illinois state Legislature enacted legislation supporting clean energy generation including nuclear plants.