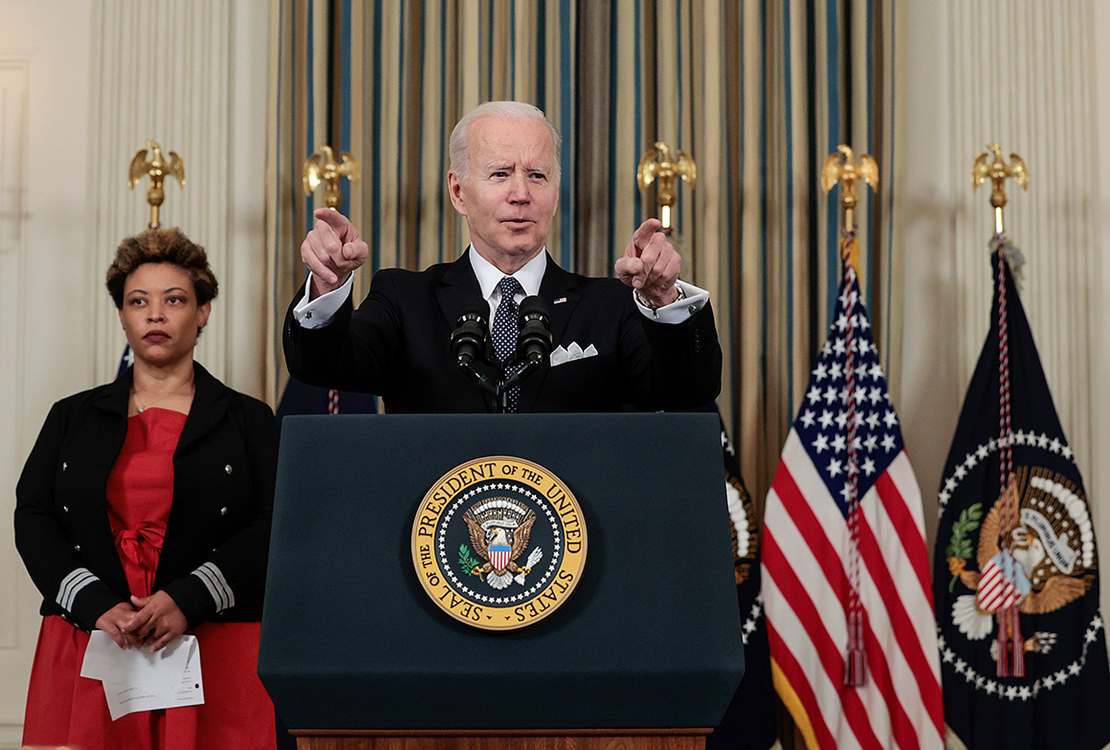 President Biden during remarks this afternoon. To his side is Office of Management and Budget Director Shalanda Young. Anna Moneymaker/Getty Images

“The budget I’m releasing today sends a clear message to the American people of what we value,” Biden told reporters at the White House. “First, fiscal responsibility. Second, safety and security. Third, investments needed to build a better America.”

The request is the second of his presidency and reflects a continued push for major climate and environment spending spikes. That comes despite Congress’ only approving modest increases this year (Greenwire, March 28).

“My budget invests in building more homes to keep up with skyrocketing cost of housing for the middle class and the poor. My budget lowers family energy costs and gives them credit for making their home more efficient,” he said.

The budget plan, released this morning, boasts $44.9 billion across several federal agencies to fight climate change. EPA would get a roughly 25 percent increase, the Department of Energy a 7 percent rise and the Interior Department roughly 24 percent more than current levels.

The president said the proposed budget would make “real headway cleaning up the fiscal mess I inherited,” arguing that the country hasn’t seen current levels of economic growth in decades. Improving conditions, he said, have increased government revenues and “dramatically improved our financial situation.”

Earlier in the day, Office of Management and Budget Director Shalanda Young, who joined the president for his remarks, attributed the economic growth to the administration and Congress’ stimulus sending. Republicans have blamed that spending for record inflation.

Biden also mentioned a proposal to implement a new tax on billionaires. The plan would require households worth over $100 million to pay taxes on at least 20 percent of their income.