Biden transition team prepping ‘at full speed’ for day one 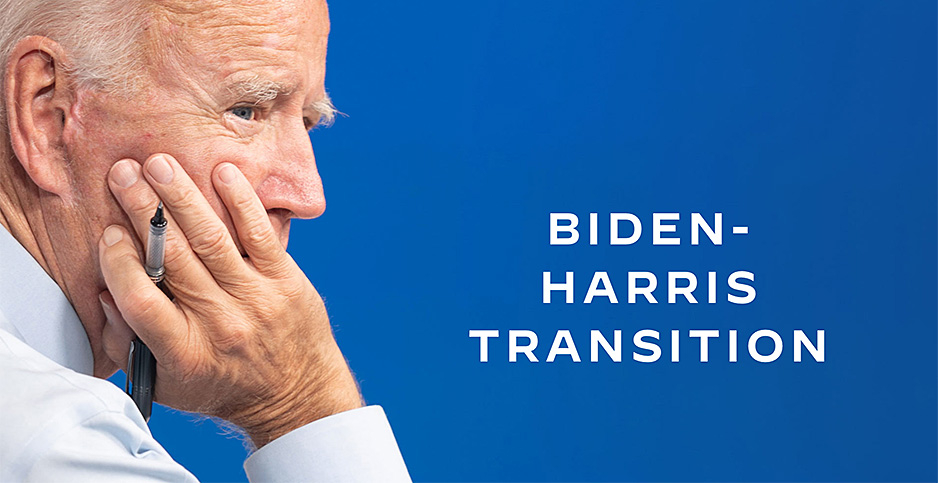 Former Vice President Joe Biden is readying his transition team to help stand up his administration if he prevails in the 2020 presidential race.

His transition team has set up a website, which went live yesterday. It’s short on content, having only one webpage, but does include a statement that hints at what would be the Democratic nominee’s priorities, including climate change, if he becomes president.

"The American people will determine who will serve as the next President of the United States. Votes are still being counted in several states around the country," says the website.

"The crises facing the country are severe — from a pandemic to an economic recession, climate change to racial injustice — and the transition team will continue preparing at full speed so that the Biden-Harris Administration can hit the ground running on Day One."

The election has yet to be won, with votes still being counted in key battleground states. In the interim, Biden’s transition team is building out its infrastructure and planning for the potential transition.

The transition effort was already up and running this spring, long before Election Day. Agencies have picked senior career officials to be transition directors, and they have been meeting in the months leading to the election. The General Services Administration signed a memorandum of understanding with Biden’s transition team to provide it office space at the Department of Commerce headquarters, and the team has released its own ethics plan.

That said, Biden’s transition team is working remotely to avoid exposure to the COVID-19 virus.

"Like many organizations around the country, the Biden transition team will continue to do our work remotely. While we have access to GSA space, the number of staff needed inside the office will be limited," a transition spokesman told E&E News, adding that they’re following guidance from public health experts and medical professionals.

"In our remote environment, we are planning to build a diverse team of experts ready to serve the country on day one — ensuring a Biden administration can get started putting America on a path to recovery from the pandemic and the resulting economic downturn the moment Vice President Biden and Sen. [Kamala] Harris are sworn in," said the spokesman.

Of course, the transition will enter a new phase if Biden is declared the winner.

GSA plays a part in moving the process along. Under the Presidential Transition Act, the GSA administrator ascertains the "apparent successful candidate" in the election, which frees up federal funds for that victor’s transition team.

It appears that call has been not been made yet.

"The GSA administrator does not pick the winner in the presidential election. In accordance with the Presidential Transition Act of 1963 (PTA), as amended, the GSA administrator ascertains the apparent successful candidate once a winner is clear based on the process laid out in the Constitution," said a GSA spokeswoman.

The spokeswoman added that ascertainment is done to make services provided by the PTA available.

"Until an ascertainment is made, the statute allows for the Biden transition team to continue to receive the pre-elect services from the government," said the GSA spokeswoman, like office space, computers and background investigations for security clearances. "GSA has met all statutory requirements under the PTA for this election cycle and will continue to do so."

Asked for an update on a potential transition, the White House didn’t have much to add.