Biden: Trump court pick would ‘touch every part’ of climate 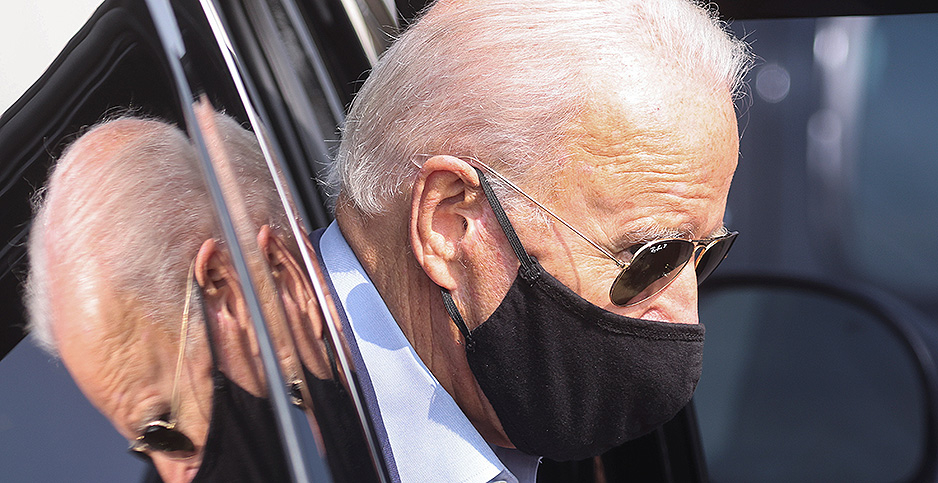 In the short term, though, the fight over filling Ginsburg’s seat could eclipse the 2020 campaign’s on-again, off-again focus on climate change. Republican leaders have signaled their intent to confirm Ginsburg’s replacement, though some differ on whether they should attempt that maneuver before the election or during the lame-duck session afterward.

Democratic nominee Joe Biden yesterday cast climate change as one of the many issues that would hinge on the Supreme Court, though his emphasis was on health care. The Supreme Court is scheduled to hear a challenge to the Affordable Care Act one week after the election.

Acknowledging how much has changed, Biden refashioned one of his go-to lines about how the U.S. is facing simultaneous, historic crises of the pandemic, the economy, racial injustice and climate change.

The country faces "a challenging climate — a changing climate — that is ravaging our nation and the world as we speak. Supreme Court decisions will touch every part of these crises. Every part of our lives and our future. The last thing we need is to add a constitutional crisis that plunges us deeper into the abyss, deeper into the darkness," said the former vice president.

As senators battle over the seat, some Democratic lawmakers are showing an openness to the climate movement’s most aggressive plans.

Sen. Ed Markey (D-Mass.), one of the Green New Deal’s leading advocates, said Democrats could respond to a new conservative justice by adding seats to the court or abolishing the filibuster.

Democratic Senate Leader Chuck Schumer of New York warned that if Republicans go forward, "nothing is off the table for next year."

So far, environmental advocates have mostly amplified the Democratic Party’s efforts rather than try to drive a distinct climate message.

Climate Power 2020, the political group established by a consortium of environmental organizations that has hammered President Trump on wildfires and his anti-science remarks, was quiet through yesterday afternoon.

Some environmental activists mobilized their networks to pressure the Senate against confirming any Trump nominee. The Sunrise Movement launched a web portal for people to contact their senators, complete with talking points about respecting precedent.

"We have one mission right now: to delay delay delay," Sunrise said on the tool’s webpage.

Climate was virtually absent from its messaging, but it did include an explicit call that "we elect Joe Biden."

That’s a notable shift. Although Sunrise earlier this year offered Biden recommendations on how to expand his climate plan, the youth group still has declined to endorse him and has mostly framed its electoral work in terms of defeating Trump rather than aiding Biden.

The news seems to have electrified the electorate.

The conflict renewed Democratic grievances over Republicans scuttling President Obama’s Supreme Court nomination in 2016 — a move that some have credited with Trump’s 2016 election, when the stakes of an open Supreme Court seat gave otherwise-skeptical conservatives a reason to vote for the heterodox Republican.

This time might be different. The overarching ideological balance of the court is not in play; conservative justices still hold a five-seat majority, unlike in 2016, when an open seat produced a 4-4 split with the court’s liberal jurists.

So while Republicans want to pad their majority, Democrats are terrified of another young conservative justice, which could put control of the high court out of their reach for a generation.

Ginsburg’s death has unleashed a tsunami of small-dollar Democratic donations. ActBlue, the Democratic fundraising portal, raised more than $100 million between Friday night and yesterday afternoon, the firm said. By comparison, the site processed about $140 million for the entire month of April, when Biden became the party’s presumptive nominee.

It wasn’t immediately clear whether Republicans have seen a similar surge, though candidates such as Sen. Joni Ernst (R-Iowa) have responded to the news with fundraising emails pegged to the Supreme Court fight.