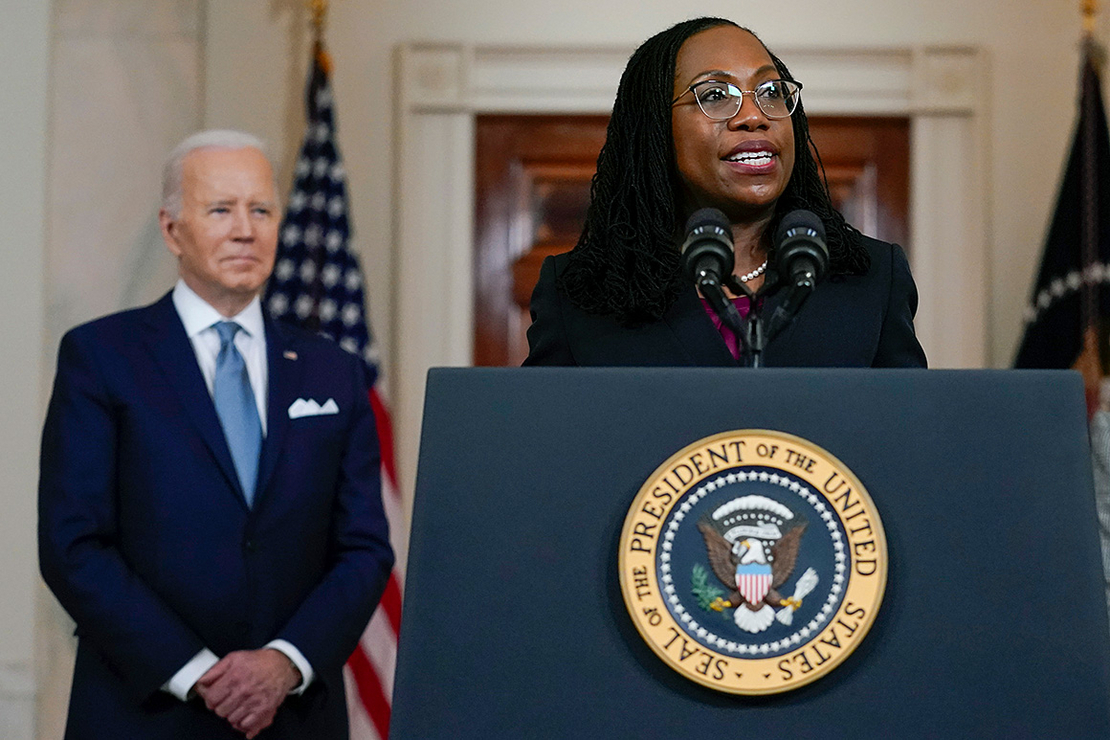 Judge Ketanji Brown Jackson spoke at the White House today after President Biden announced her as his nominee to the Supreme Court. AP Photo/Carolyn Kaster

Biden said he consulted with both Republicans and Democrats in the Senate before making his decision to nominate Jackson, currently a judge of the U.S. Court of Appeals for the District of Columbia Circuit.

The president has asked the chamber to confirm Jackson within 40 days of sending her nomination to Capitol Hill, a similar timeline to other recent Supreme Court nominees.

The president praised Jackson as a “proven consensus-builder” in the mold of Breyer, who plans to retire at the end of the Supreme Court’s current term.

Jackson comes to the court as it is preparing to take up major environmental cases, including the blockbuster Clean Water Act dispute Sackett v. EPA, which may be among the first cases she hears as a justice. In Sackett, private landowners have asked the Supreme Court to limit EPA’s authority over the nation’s waters (Greenwire, Feb. 25).

When Biden nominated Jackson, a former judge of the U.S. District Court for the District of Columbia, to the D.C. Circuit last year, she drew the support of three Republican lawmakers.

Even if she does not win any GOP votes for her Supreme Court appointment, the Senate can use its narrow 50-50 majority — with Vice President Kamala Harris as the tie-breaking vote — to ensure she is confirmed to the bench.

Jackson today thanked her family and her legal mentors — including Breyer, for whom she once clerked — for supporting her on her path to the nation’s highest bench.

“Justice Breyer: The members of the Senate will decide if I fill your seat, but please know that I could never fill your shoes,” Jackson said.