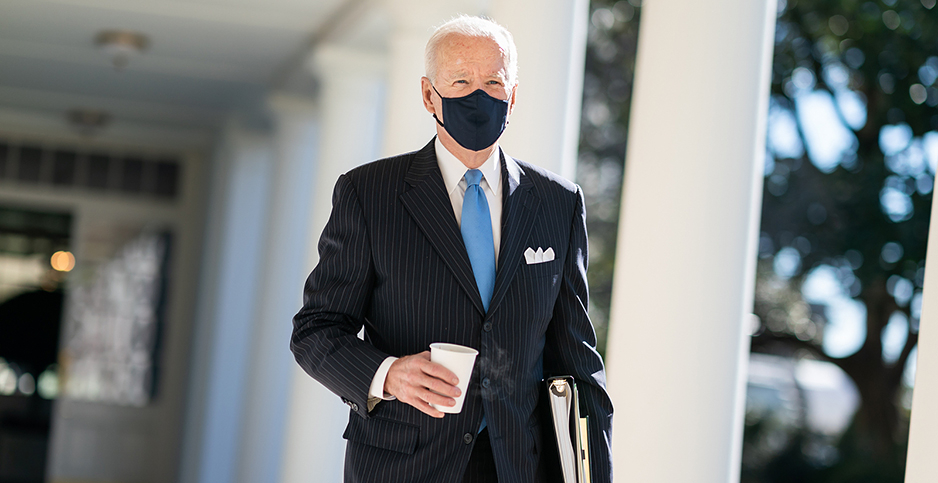 President Biden will be in Pittsburgh tomorrow. White House/Flickr

President Biden’s scheduled appearance in Pittsburgh tomorrow to unveil a multitrillion-dollar infrastructure plan could have a direct bearing on the city’s ongoing efforts to combat contaminated drinking water.

Pittsburgh Mayor Bill Peduto (D) yesterday said he hopes to talk to Biden about how the federal "Build Back Better" infrastructure package could help the city protect drinking water and eradicate lead poisoning. The city has already spent $90 million in pursuing its goal of removing all lead service lines by 2026 and is eager to obtain federal grants to meet the target.

"With a little bit of federal assistance, we can expedite the upgrade," Peduto told a local CBS affiliate.

While it hasn’t attracted the amount of attention of the Flint, Mich., water crisis, Pittsburgh, like other cities across the nation, has had its own share of water contamination problems and in recent years has ramped up efforts to eradicate lead, a neurotoxin that can cause irreversible harm and is of particular concern for children and pregnant women.

In subsequent years, the Pittsburgh Water and Sewer Authority agreed to spend $50 million to replace lead service lines, give filters to low-income residents and take other steps to address the city’s lead crisis (Greenwire, Feb. 8, 2019).

In a separate matter, Pennsylvania’s attorney general’s office in 2016 filed criminal charges against the Pittsburgh Water and Sewer Authority, alleging it mishandled a lead pipe replacement program in 2016 and 2017 and put more than 150 households at elevated risk of lead poisoning.

Will Pickering, CEO of the Pittsburgh Water and Sewer Authority, said the city has "turned a corner" since 2016, is no longer violating federal lead limits and is no longer under a state mandate to replace 7% of its lead service lines each year.

Instead, he said, the authority has become a leader in replacing those lines, even doing it at no cost to customers. Other cities, he said, can learn from Pittsburgh and "undoubtedly" face mounting costs to remove lead lines. Pickering said he’s hopeful that the infrastructure package includes federal grants — not just low-interest loans — to help that effort.

"One of the reasons we’re very excited about the president’s announcement is that in order for us to meet our goal, we could seriously use grant funding to take us over the top — to see to it we replace every lead line by that 2026 goal," said Pickering.

Sources say it’s not clear if water quality issues will be discussed when Biden takes the stage tomorrow in Steel City, and they suggested that the focus could be on roads and bridges (E&E News PM, March 29).

The White House did not immediately respond when asked about the focus of Biden’s remarks.

Still, the president has repeatedly emphasized the danger of lead service lines in promoting his "Build Back Better" package in recent days.

"Six [million] to 10 million homes in America still have lead pipes servicing their water lines," Biden said last week when previewing the plan, which may total between $3 trillion and $4 trillion.

That plan, which would spend $1 trillion annually for a decade to cut in half climate pollution by 2030 and create 15 million jobs, calls for replacing lead service lines as a means of combating environmental injustice.

The group has also called for any package to prioritize grants for low-income communities and provide significant new funding for public schools to deploy water filters, conduct mandatory testing and remediate any lead problem that comes to light.

It’s possible an infusion of funding could align with other efforts within the Biden administration to replace lead service lines.

The Trump administration’s revisions to the Lead and Copper Rule, for example, could cost water utilities up to $839 million annually, according to a report from Fitch Ratings Inc.

EPA announced earlier this month that it’s pushing back the effective date of the rule to get more public input, especially from communities most at risk of exposure (E&E News PM, March 10).

Timothy Male, executive director of the Environmental Policy Innovation Center, said he hopes the Biden administration will craft a new Lead and Copper Rule but allow the current protections to take effect. Any funding from an infrastructure package, he added, could support efforts for communities to inventory and replace lead service lines, he said.

"I hope they are going to revise the rule in two or three years … and meanwhile, the requirements come into play, so inventorying, the science, the disclosures, the annual notices to anyone who has a lead pipe," said Male. "All that stuff will happen, and then there’s a new rulemaking process that would happen."