Biden visits the CEOs who helped kill ‘Build Back Better’ 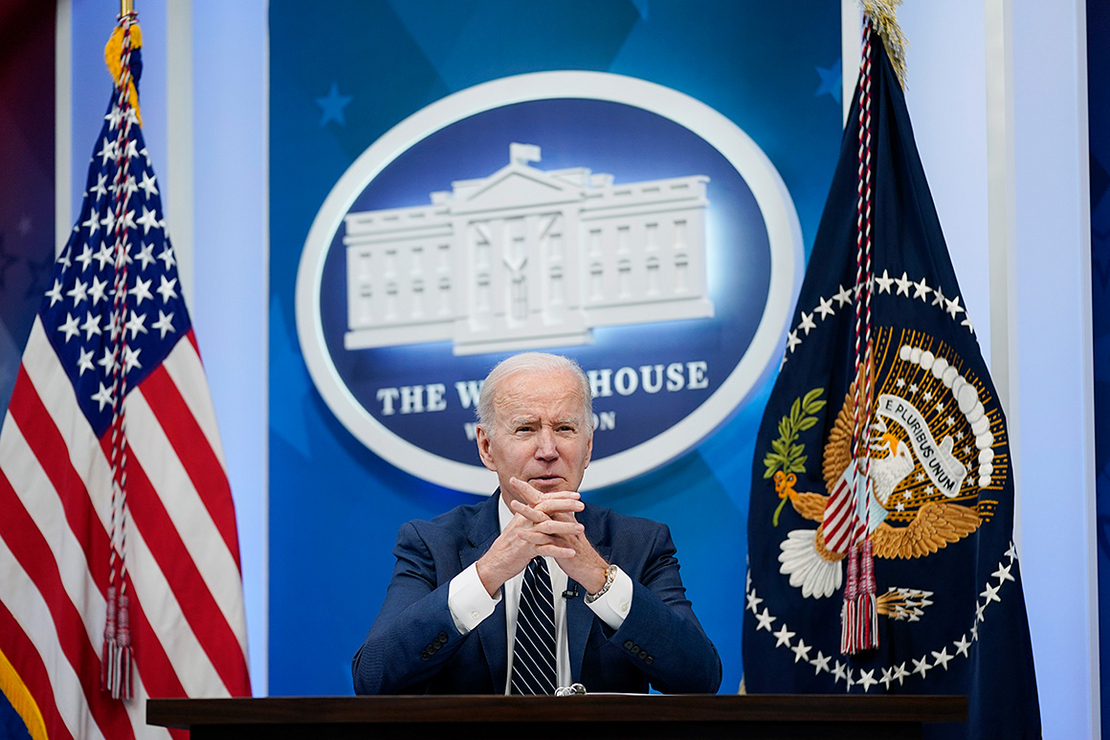 President Biden spoke to a roomful of opponents on climate change yesterday.

Biden addressed the Business Roundtable, a crowd of CEOs from some of the country’s largest companies that have invested millions of dollars to tank his climate agenda and lobby against the Democrats’ “Build Back Better” package.

But the president’s appearance at the Business Roundtable’s quarterly meeting in Washington also signals a recognition in the White House that a shift is underway on climate policies within the group.

Biden thanked the CEOs — who were seated in deep columns of chairs and wearing mostly dark suits — for responding to Moscow’s war on Ukraine by halting business in Russia. The group included oil executives, whose companies left behind billions of dollars in investments in one of the world’s biggest energy-producing countries.

“Those of you who did step up, it made a big difference, and I am personally grateful for that,” Biden said.

The Business Roundtable’s members account for half of the value of all publicly traded companies in the United States, or roughly $20 trillion, according to the group. Members include the CEOs of energy companies such as BP PLC, Chevron Corp. and Exxon Mobil Corp. that have battled climate regulations for years. The group also includes tech companies, such as Alphabet, Amazon.com Inc. and Microsoft Corp., that have advocated for policies to restrict carbon emissions.

There are signs that friction within the business group might lead to bigger shifts on climate policy.

Even if no clear winner emerges from those competing ideas and they instead push the group toward neutrality on climate, that would be a notable change, experts said.

When Democrats were initially piecing together a $3.5 trillion “Build Back Better” bill to expand the social safety net, drive down drug prices and make historic investments in climate, the Business Roundtable led the fight against the main funding source of the package: a corporate tax increase. The legislation was later cut in half and is now in limbo after Sen. Joe Manchin (D-W.Va.) said he wouldn’t support it.

Though the group worked to undermine a key provision of the plan, some members of the Business Roundtable have signaled that they want more climate action from Washington. And more of its members are investing in or growing their clean energy portfolios, which stand to benefit from Biden’s climate policies.

Tech companies, in particular, are driving the change within the business group and causing some tension with energy companies that have long dominated the group’s political positions, said Bill Weihl, executive director of ClimateVoice and a former top sustainability officer at Facebook and Google.

Weihl said Biden spoke to a different Business Roundtable yesterday than he would have last year.

“It seems like over the last three or four months, they have shifted on climate from resistance to representing their broad membership, not just the fossil fuel companies,” he said. “I have heard from tech companies that they are working really hard inside the BRT to drive a shift, and I think there is good reason to be hopeful that the BRT will have a different mindset than they have in the past.”

That change has also been driven by Business Roundtable Chair Mary Barra, the CEO of General Motors Co., and a close ally of the Biden White House. GM is now in the process of shifting its fleet of large gas-guzzling cars and trucks toward electric vehicles. The company plans to spend $35 billion by 2025 to increase its production of EVs. Barra hosted Biden at yesterday’s event.

GM and other companies that have significantly contributed to climate change are under pressure to heed the dire warnings of the Intergovernmental Panel on Climate Change and the International Energy Agency, Weihl said. They’re also seeing new profit opportunities in clean energy, he said.

“Some of them are positioned to make revenue and profit if we have a strong climate policy, but I think all of them are beginning to take to heart the code red alarm bells coming from IPCC and the IEA,” he said.

Ahead of Biden’s State of the Union address earlier this month, the Business Roundtable called for continued access to “sustainable, reliable, affordable energy” amid Russia’s war on Ukraine. But it also called on Congress to revive the climate planks of Biden’s “Build Back Better” agenda and “to invest in programs and incentives to both increase clean energy production at home and reduce greenhouse gas emissions.”

Yesterday, Biden praised the group for creating jobs and for continuing to build out a clean energy economy.

“To invest in America itself, in manufacturing, climate, resilience, clean energy, so America can win the competition of the 21st century, it won’t hurt your bottom lines or the economy,” he said. “It will help us grow while lowering costs and lowering the deficit.”