Biden wants a carbon price ‘at some point’ — Kerry 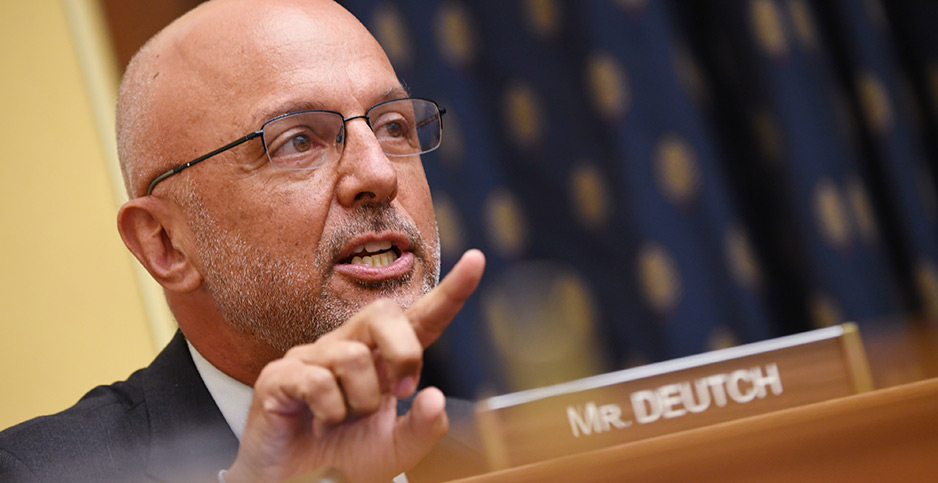 Carbon pricing supporters are pushing to include the policy in the ongoing infrastructure push, and they appear to have allies in the Biden administration, despite a turbulent political landscape on Capitol Hill.

Presidential climate envoy John Kerry told reporters yesterday that President Biden supports carbon pricing, even if he hasn’t made a public proposal yet.

"President Biden believes that at some point in time, we need to find out a way to have a price on carbon that’s effective," Kerry said when asked about carbon markets during a briefing in India yesterday. "He hasn’t decided or made an announcement about it, but we all know that one of the most effective ways to reduce emissions is putting a price on carbon."

"I think going into the next months there will be a lot more talk about whatever tools are available to us and certainly a carbon market is an important tool," Kerry said.

The comments came as moderate Democrats are making their own pitch for a domestic price on carbon and with the European Union expected to impose a border carbon adjustment in the coming months.

"The reason we’ve reintroduced this, the reason we’re having this this discussion now is to make sure that a price on carbon is a part of these conversations," Deutch told reporters this week.

This time, though, they are without a Republican co-sponsor, which was part of what brought the bill to prominence when it was first introduced in the 116th Congress.

Republican support for carbon pricing, which was long thought of as a market mechanism that could be appealing to the GOP, has not materialized in big enough numbers to pass a bill through the Senate.

And despite Kerry’s comments, there are signs of hesitancy from the Biden administration. Even with long-standing interest among lawmakers in using a carbon fee to fund infrastructure, the president’s proposal includes a clean electricity standard and rollbacks of the Trump tax cuts — but no carbon pricing.

Broadly, some Democrats have also reframed the way they think about climate policy — particularly during the coronavirus pandemic — to focus on spending and emissions caps (Climatewire, Feb. 2).

The House Select Committee on the Climate Crisis majority staff report, for instance, is careful to point out that carbon pricing is not a silver bullet (E&E Daily, July 1).

White House climate adviser Gina McCarthy last week said Biden is "open to a wealth of ideas," but a carbon tax is not the preferred policy lever (Energywire, April 2).

"I certainly am not going to close that," McCarthy told reporters after Biden announced his infrastructure plan last week. "But his choice was to look at a clean energy standard and to look at that in concert with the investments that we’ve identified, because to him, that gets to the kind of reductions that he promised on the campaign."

But questions remain about the political viability of Biden’s plan, as well. A clean electricity standard would be difficult to fit into the constraints of budget reconciliation, the process that allows Democrats to pass certain bills by a simple majority in the closely divided Senate.

A carbon tax would fit more neatly into the framework because it directly affects the federal budget, though some environmentalists have argued that a CES could be designed to pass the so-called Byrd rule, which controls reconciliation in the Senate (Greenwire, Feb. 4).

On the other hand, Sen. Joe Manchin (D-W.Va.) — the Senate’s key moderate swing vote — has signaled that he is open to CES proposals but has more explicitly shot down the idea of a carbon tax (Climatewire, Feb. 5).

Still, there are a number of carbon pricing designs that could get attention in the coming months. Sen. Sheldon Whitehouse (D-R.I.) has introduced a proposal in the past several Congresses — the "American Opportunity Carbon Fee Act" — that would impose an emissions price starting at $52 per ton, with revenues sent to adaptation and fossil fuel communities.

Deutch’s bill has vocal backers in the Citizens’ Climate Lobby, the organization known for bringing hundreds of volunteers to Capitol Hill to meet with lawmakers and staff from both parties about carbon pricing.

The bill would assess a $15-per-ton fee on carbon emissions, rising $10 annually, with net revenues returned to Americans via dividend checks. It stemmed from the proposal that the Citizens’ Climate Lobby has brought to lawmakers’ offices for years.

Steve Valk, a spokesperson for the group, said its volunteers would continue pushing lawmakers to sign on.

"Already, climate advocates are saying Biden’s plan doesn’t spend enough. If we price carbon, trillions of dollars from private investors will get in the game because they see an economic opportunity," Valk said in an email. "There’s no reason not to include this powerful tool."

Rep. Scott Peters (D-Calif.), a lead co-sponsor of the legislation, said he has already made his views about carbon pricing known to the administration.

"For my own part, I’ve indicated that I can’t imagine a climate policy portfolio that can be effective without including a price on carbon," Peters told reporters. "I’ve told [the president] that’s a priority for me."