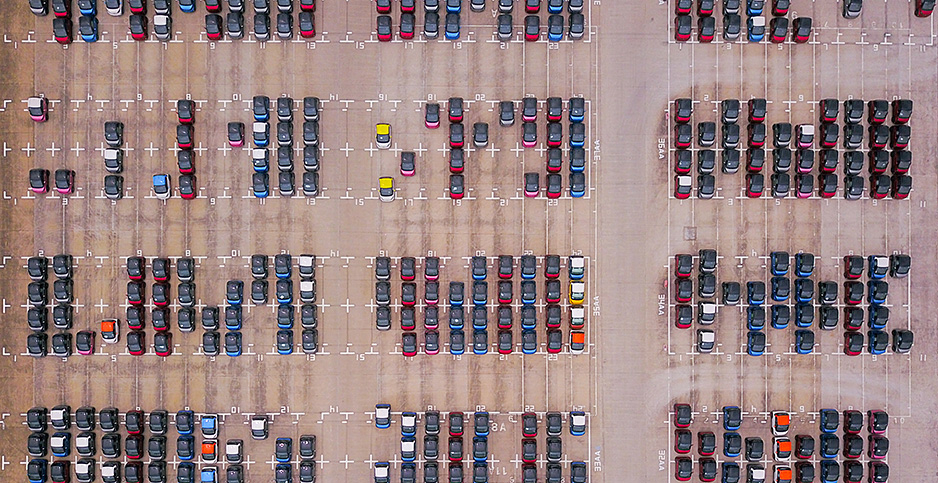 The Biden administration’s plan to replace the federal government’s fleet of cars and trucks with electric vehicles assembled in the United States could face a roadblock: supply.

There are currently 645,047 federal vehicles across the country and fewer than 1% of them are electric, according to the General Services Administration. Put another way: There are more federal vehicles on the road now than there were EVs sold in 2019 and 2020 combined, which totaled 590,000.

While experts project a 70% increase in EV sales this year alone — totaling 585,375 vehicles — analysts say ramping up U.S.-based manufacturing to meet Biden’s pledge in the next decade will be no easy feat.

"This involves the entire supply chain from raw materials, including computer chips, to production and manufacturing. And you have to have the infrastructure in place — like charging stations and an ability to provide clean electricity," said Barry Rabe, a professor of environmental policy at the University of Michigan. "That’s a lot of pieces to move quickly."

President Biden’s $2.3 trillion infrastructure plan included $174 billion for EVs — billions more than spending on the electric grid and clean energy. It’s one sign of the importance of EVs to this administration’s plan to tackle climate change, and a recognition that the transportation sector is the largest contributor to greenhouse gas emissions in the country.

The White House isn’t alone in looking ahead to EVs. Virtually every global automaker is planning a robust lineup of EVs this decade.

But for now, there are only a handful of companies assembling all-electric vehicles in the United States, including Tesla Inc., General Motors Co. and Nissan Motor Co. Ltd.

While others, such American Honda Motor Co. Inc., have recently announced plans to follow suit, the prospect of replacing the federal fleet is a daunting one — to say nothing of the roughly 286 million gasoline-powered cars on U.S. roads.

Sam Abuelsamid, principal analyst at Guidehouse Insights, said the main concern when it comes to supply is batteries. While Tesla operates a battery factory in Nevada, the market for producing lithium-ion batteries needed to build EVs is currently dominated by China. That presents more than just a political problem. There are practical considerations, too.

"Batteries are heavy and bulky, they’re expensive, and in some cases dangerous to transport," Abuelsamid said. "Battery production capacity needs to be domestic."

A number of new plants are coming online, some as early as this year. General Motors, the largest U.S. automaker, is partnering with the South Korean chemical company LG Chem Ltd. to build one of the world’s largest battery facilities. The Ohio plant will accelerate GM’s plan to introduce 30 new EV models by 2025.

"Then of course the other challenge, moving further down the value chain, is the raw materials," Abuelsamid said.

Battery production requires magnesium, cobalt, nickel and other minerals, which are largely imported from China.

"Any time you’re talking about manufacturing anything as complex as a vehicle, there are a lot of pieces of the puzzle that need to fall into place to be successful," Abuelsamid said.

Another factor in electrifying the federal fleet is vehicle type. Trucks and tractor trucks account for 86% of federal vehicles, while standard automobiles, the kind currently being manufactured for average consumers, make up only 13%, according to the Federal Highway Administration. Buses account for 1% of the federal fleet.

Those vehicles are spread across several federal agencies, with 35% of vehicles used by the U.S. Postal Service, 38% by civilian agencies and 27% by military agencies.

"It’s a diverse set of vehicles," said Paul Bledsoe, a strategic adviser for the Progressive Policy Institute who served as a Department of Energy consultant under President Obama and worked on climate change in the Clinton administration.

"One thing that electric vehicle advocates had hoped would happen fairly early in this process is that the federal government would award contracts to specific manufacturers for these specialty vehicles," he added.

The only federal agency to award a high-profile vehicle contract in recent months is USPS, and that was not exclusively for EVs.

"USPS vehicles are the perfect use case because they don’t travel far distances in any given day, they sit idle overnight, and they travel through neighborhoods exposing people to air pollution," Coplon-Newfield said. "Shifting to electric vehicles should be a no-brainer."

Alternatively, the U.S. military has been exploring and adopting EVs for a number of years. Between 2016 and 2019, the Department of Energy made over 30 site visits to U.S. Army garrisons to map out cost-effective ways to install EV supply equipment, according to a National Renewable Energy Laboratory report.

Bledsoe said the Biden administration should also make sure the retired federal fleet is permanently retired.

While there are not currently enough all-electric vehicles to electrify the federal fleet, Abuelsamid said if auto companies continue to accelerate operations that reality could come to pass.

"Realistically, by the time this program gets ramped up, there should be enough to replace what’s in the federal fleet by the end of the decade," he said.

According to a recent M.J. Bradley & Associates report, the number of EV models available to consumers, including those appropriate for specialty government vehicles, will go from 60 to 83 by 2022.

Brianne Eby, senior policy analyst at the Eno Center for Transportation, said if the government succeeds in electrifying its fleet, it could boost overall consumer demand, which has failed to gain significant traction.

"If the government invests in this, that shows this is a technology they have confidence in and is something that can work for the broader population," she said. "It shows it’s a great climate strategy."

That said, the federal fleet makes up less than a third of a percentage point of the total number of registered cars on the road today, which is around 287 million.

"Doing the federal fleet, it helps, but it’s barely a drop in a bucket for the overall vehicle fleet," Abuelsamid said.