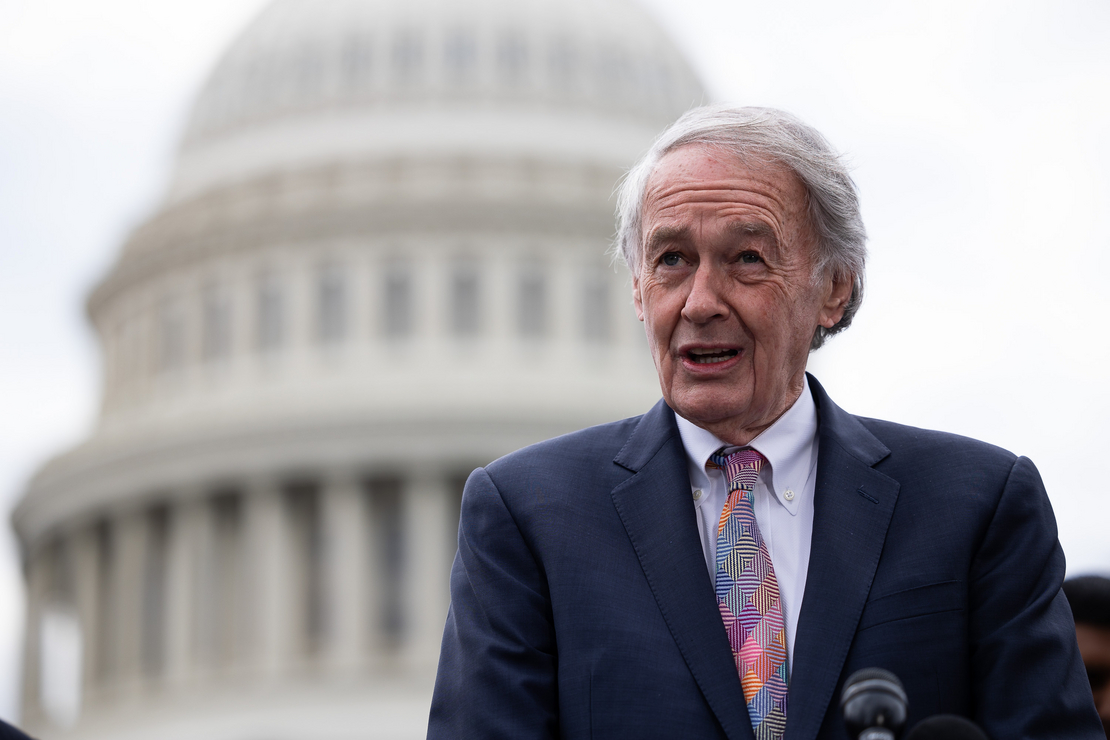 Some were cautiously optimistic. Others downright apprehensive. Still others were looking for more action on other priorities. Taken together, those responses highlight the unavoidable tension that will be inherent in any party-led effort to boost U.S. energy independence amid the ongoing conflict between Russia and Ukraine.

On the one hand, Democrats can’t argue with the intent of President Biden’s executive order, which he could sign as soon as today: It would encourage more mining for lithium, nickel, graphite, cobalt and manganese for the express purpose of manufacturing batteries for electric vehicles.

The Defense Production Act allows the president to use loans, direct purchases and other government-backed business investments to incentivize production of goods and materials. Biden has used the law in the past to boost medical equipment manufacturing to aid hospitals during the Covid-19 pandemic (Greenwire, March 30).

Experts have said such an action could help the U.S. combat the grip foreign adversaries have on the nation’s mineral supplies over the long term.

On the Hill yesterday, some lawmakers said that the expected surge in mining was welcome.

Sen. Sheldon Whitehouse (D-R.I.), another vocal advocate for climate action, said he supported expanding domestic mining “as a general concept,” adding that while “I don’t know the details of it … obviously it’s important to support the clean energy transition.”

At the same time, mining for such materials would take place on federal lands, and environmental advocates fear there will be few guardrails on the industry, which operates under the last comprehensive mining law, which was passed in 1872.

Some Democrats said yesterday they were worried that such excesses needed to be kept in check.

“We have seen abuses, and we have seen many sites that have been abandoned,” said Sen. Ben Ray Luján (D-N.M.). “The United States government takes responsibility and then it takes a lifetime to be able to go to reclaim, but what’s never talked about are the people in the community that live in that community, how harmed they are.”

Luján said his understanding is that the White House’s actions would “not include safeguards. I think that’s the wrong path to go.”

A White House source with knowledge of the administration’s plan told E&E News the order would specifically focus on helping mining companies with “feasibility studies, co-product and byproduct production at current operations, and productivity/safety modernizations.”

Feasibility studies are often an essential step companies take in building a mine, as they assess whether a proposed mine would be able to produce resources economically.

Sen. Martin Heinrich (D-N.M.), said that any mining expansion order that did not also include major industry reforms — like royalty rate increases and the forethought to restrict extraction activities in certain areas — would be insufficient.

“It would be a mistake to expand mining without acknowledging the underlying fact that we’re still mining under a 150-year-old law,” he explained. “If the administration wants to do more mining on public lands, they need to be cognizant of the fact that the 1872 Mining Act is not a functional regulatory structure and doesn’t provide for the kind of cleanup that local communities really want to see as part of the efforts.”

What about heat pumps?

Heinrich is particularly sensitive to the administration’s plans given that he, Markey and three other Senate Democrats — Jeff Merkley of Oregon, Elizabeth Warren of Massachusetts and Cory Booker of New Jersey — last week requested Biden use the DPA to ramp up production of heat pumps, which have the ability to heat and cool homes using electricity instead of natural gas.

In their letter to Biden, the senators argued that “a federal investment of $600 million over five years could help the United States develop 30 manufacturing plants and produce three million heat pumps by the year 2025” (E&E Daily, March 25)

“They have the authority to do this, and I would urge them to use that authority,” Heinrich said of the White House.

Supporters of the heat pump initiative said late last week they hoped it would be included in the forthcoming directive on critical mineral mining expansion.

By yesterday, however, lawmakers and advocates were unsure of its fate, with many fearful it had fallen to the wayside, at least in relation to the imminent announcement expected to focus on mining.

“I cannot think of a reason why anyone would be opposed to this unless it was somebody that didn’t want us to have an energy independent future, which requires us to get off hydrocarbons,” said Ari Matusiak, a veteran of the Obama White House and now CEO of Rewiring America, which is pushing the heat pump proposal.

But Matusiak also hoped that even if the administration didn’t include heat pumps in the DPA, that at least they’d get mention in an announcement.

“To me, it’s less important what’s in the order on a strict basis so long as the overall approach is one that is going to, in the end, incorporate the technologies that we need to be manufacturing in order to achieve both our energy independence and climate goals,” he told E&E News.

Markey, in a separate interview, said he and others would continue to lobby to use the DPA for heat pump production, either in the upcoming DPA relating to critical mineral mining expansion or some future order.

“We’re hopeful — we’re advocating for it to be included, we’re hoping it will be,” said Markey. “The heat pumps are a very short-term way in which we can respond to this crisis.”

In the order expected to be rolled out imminently, the White House has found an ally in Rich Nolan, the president and CEO of the National Mining Association — an industry trade group representing large miners operating in the U.S.

“While the expected order itself may be limited in scope, the signal it sends to the markets and the world is clear,” Nolan said in a statement. “We have abundant mineral resources here. What we need is policy to ensure we can produce them and build the secure, reliable supply chains we know we must have.”

To the environmental justice community, however, the administration’s timing for invoking a DPA related to mining is sending a very different signal.

Research has found the majority of battery metals reserves in the U.S. are located near Native American reservations. Addressing concerns about the impacts of mining to Indigenous communities, the White House launched an effort last month to head off these concerns. It launched an interagency working group to come up with recommendations to revamp rules and regulations governing the hardrock mining industry.

This morning, the Interior Department is expected to publish a notice in the Federal Register kicking off the public comment period for the working group, which will host a series of roundtable meetings for varying stakeholder groups through July 2022.

Some environmental groups are anxious that the DPA announcement will undermine the working group’s progress.

“We hope that this administration focuses the funding for this DPA [order] on sustainable critical minerals supplies like [through] recycling, and we have to ensure Indigenous voices can still continue to be heard,” Blaine Miller-McFeeley, senior legislative representative for Earthjustice, told E&E News.

Miller-McFeeley added that Earthjustice remained “concerned about any direct or indirect subsidies” for the mining industry that could result from the order.

Critics of a mining-only DPA are also already on edge as a hearing today kicks off on Capitol Hill, convened by the Senate Energy and Natural Resources Committee, on “domestic critical mineral supply chains.” No activists or environmental advocates have been invited to testify, irking the anti-mining community.

The hearing is, in addition, being hosted by Sen. Joe Manchin (D-W.Va.), who earlier this month with Sens. Lisa Murkowski (R-Alaska), Bill Cassidy (R-La.) and Jim Risch (R-Idaho) asked Biden to expand mining of domestic minerals.

In light of this request, the impending mining DPA is being viewed by sources — who were granted anonymity because they were not authorized to speak on the record — as at least in part a gift to Manchin and Murkowski, powerful swing votes in a 50-50 Senate the administration needs to revive talks on the “Build Back Better Act” and, possibly, for a vote for Supreme Court justice nominee Ketanji Brown Jackson. Murkowski is still undecided on her vote on Jackson.

“We are hearing from credible sources that the administration is considering the senators’ request, and even drafting an Executive Order related to it,” Murkowski’s office told E&E News late last week in a sign that the White House was engaging directly with the powerful lawmakers.