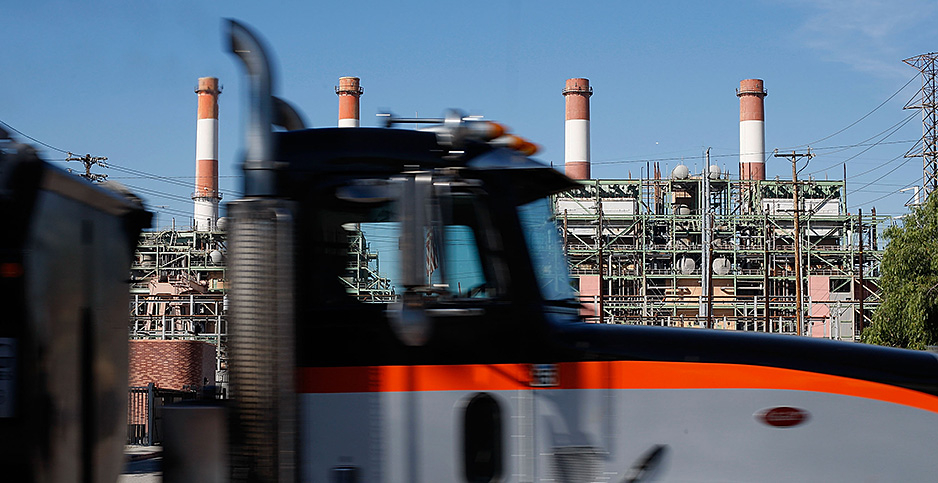 A final soot standards rule. A formal finding that lead emissions from piston-engine aircraft imperil human health. Completion of work on a proposal to implement a statutorily required phasedown of heat-trapping hydrofluorocarbons.

Those are among the milestones that EPA intends to notch this year as a crunch looms for President Joe Biden’s Clean Air Act agenda and regulators seek to make up for lost time, a recently released rundown indicates. In all, the approximately 75 air-related rulemakings that are either planned or underway constitute the single largest part of the agency’s regulatory workload (E&E News PM, Jan. 4).

The long-term ramifications for national air quality are potentially profound, but some regulatory efforts should be relatively simple to pull off.

Soon after Biden took office in early 2021, for example, EPA provisionally revoked a contested Trump-era framework for forecasting the costs and gains of planned air rules (Greenwire, May 13, 2021). The final takedown of that framework is coming this month, the rundown shows.

Others will be driven by the dictates of federal judges, typically responding to lawsuits brought by environmental and public health groups. Almost a year after issuing a far-reaching “good neighbor” plan to limit the spread of smog-forming emissions, for example, EPA is under court order to finish it by this March (Greenwire, March 11, 2022).

Congressional directives also come into play. Also last fall, agency officials took a key step in proceeding with implementation of a trading framework to guide the long-term reduction in hydrofluorocarbons authorized by the 2020 American Innovation and Manufacturing Act (E&E News PM, Oct. 20, 2022). EPA officials now plan to have the final version out by this summer to ensure that they can issue 2024 allowances in time for the start of the fiscal year in October. About one-third of the total remaining rulemakings stem from statutorily required reviews of existing emission standards for individual industries.

Other upcoming rules, however, reflect the priorities of an administration that has trumpeted its commitment to addressing both climate change and long-standing disparities in air pollution exposure.

For decades, advocates have pressed EPA to acknowledge that aircraft-related lead emissions put children’s health at risk. Only last fall, however, did the agency enshrine that conclusion in a proposed finding that would set the stage for added regulations (Greenwire, Oct. 7, 2022). The deadline for public feedback on the proposal comes next week, with the final version scheduled for release in October, the agenda shows.

Last month, agency officials crossed a key assignment off of their to-do list by strengthening smog-forming emission standards for new heavy-duty trucks for the first time in more than 20 years (Greenwire, Dec. 20, 2022).

While some groups voiced disappointment that the truck standards weren’t more stringent, EPA Administrator Michael Regan stressed that they were among several steps aimed at cutting pollution from the transportation sector.

Two more draft regulations in that vein are set for release in March: One would toughen limits on releases of greenhouse gases and other pollutants from cars and light-duty trucks; the other would set “Phase 3” greenhouse gas standards for heavy-duty vehicles. Both are scheduled for completion by early next year.

But timetables are constantly evolving, with regulations often taking longer to craft than first anticipated. With Biden now almost exactly midway through his four-year term, some advocates are voicing frustration at the administration’s pace (Climatewire, Jan. 4).

By March, the agency belatedly plans to finalize a rule restoring the legal foundation of its landmark 2012 hazardous air pollutant regulations on coal-fired power plants. Under then-President Donald Trump, EPA demolished that foundation in 2020; Biden made a priority of restoring it in an early executive order.

To the dismay of both industry and environmental groups, the rebuilding task has moved ploddingly, for reasons that appear to include both White House foot-dragging and, more recently, a desire by EPA officials to ensure that the final rule is legally bulletproof, according to people in touch with the agency. Once the regulations’ legal underpinning is back in place, EPA intends to quickly follow up with a draft rule that could tighten limits on power plant emissions of mercury and other pollutants, with the final version due in March 2024, according to the agenda.

Also behind an initial schedule, EPA ushered in 2023 with the issuance of a long-awaited draft blueprint last week to toughen ambient air standards on soot, a pollutant linked to tens of thousands of premature deaths each year (Greenwire, Jan. 6) . The agency had once hoped to wrap up work on that proposal by this March; instead, the deadline has now been pushed back to August and could well run later.

The proposal would repudiate another Trump-era decision to leave soot standards unchanged. An even larger question mark hovers over the timetable for completion of a separate review of ground-level ozone limits. Ozone, the main ingredient in smog, is a lung irritant linked to asthma attacks in children and other respiratory ills.

EPA, under pressure from lawsuits brought by environmental and public health groups after the Trump-era EPA opted against any tightening of the existing 70 parts per billion limit, had once hoped to finish the fresh review by the end of this year. That goal has likely slipped out of reach after a group of expert advisers slowed the proceedings with questions about the agency’s handling of the underlying scientific research (Greenwire, Sept. 20, 2022).

The newly released regulatory rundown now lists a placeholder deadline for the review’s completion; an EPA spokesperson this week had no further information. A central underlying issue is whether EPA career air quality staffers will now recommend a change to the 70 ppb ozone standard, which was set in 2015. In a draft assessment released last year, they tentatively concluded that the status quo was adequate.

In a letter last week, however, Regan told the advisers that the staff is now working on a revised version of that assessment. Regan offered no clue as to the new version’s potential contents, but indicated that it will be up for discussion “at a future public meeting.”