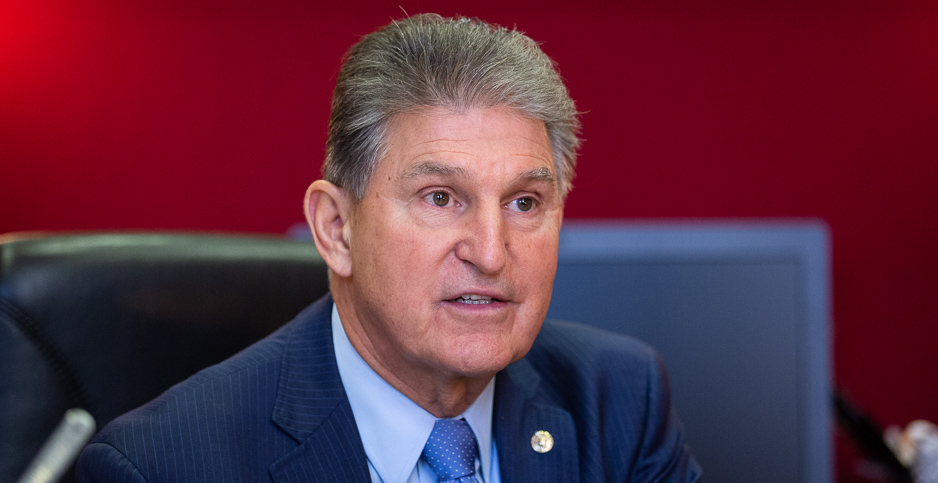 The $2 trillion climate plan promised by President-elect Joe Biden is about to collide with the meat grinder of the Senate.

As a candidate, Biden ran on the most aggressive general-election climate platform in U.S. history — a vision that would move the country toward carbon-free electricity in 14 years and create a bonanza of clean energy jobs for labor unions and minority communities.

But getting Republican support for the approach seems unlikely, and the Senate’s tight margin means Biden can’t lose any Democratic votes, including those of moderates such as West Virginia Sen. Joe Manchin and Montana Sen. Jon Tester.

Certainly, Biden will use executive orders and rollbacks of Trump policy to move his climate agenda in the first days of his administration. And yet, as the last four years have shown, using executive action to reduce carbon emissions is vulnerable to rollbacks from a future Republican president.

That means Biden will need to usher big planks of his climate plan through Congress to make durable policy, climate experts and Senate veterans say. Democrats will have an 11- or 12-seat majority in the House, so the harder work will be getting climate policy through a 50-50 Senate.

If Biden wants to move fast, he might have to rely on two primary routes through the Senate to pass a significant part of his climate plan: the budget reconciliation process and the economic stimulus and infrastructure package.

Veterans of previous climate fights say now is the time for Biden — a former member of the very chamber that has a long history of laying presidential agendas to waste — to chart his path through the Senate and not worry about finding bipartisan compromise.

The challenge will be harder than what Democrats hoped for before November’s close election results, which included dreams of an end to the filibuster, the addition of the District of Columbia and Puerto Rico as states, and a more comfortable majority.

Even so, the Biden team should not linger on the challenges of the Senate, but rather go all-in on climate legislation, said Sam Ricketts, a senior fellow at the Center for American Progress who helped craft Washington Gov. Jay Inslee’s presidential campaign climate plan.

"The Biden economic recovery agenda is the Biden climate agenda," Ricketts said. "This is not a moment to be chasing after votes that are not going to be there from across the aisle; this is a moment to be responsive to the crises that President-elect Biden campaigned on addressing, all four of them: the climate crisis, the economic crisis, the racial injustice crisis and obviously the pandemic."

The challenge of dealing with Manchin, who hails from a coal state and has said recently that he opposes nuking the filibuster and ending fossil fuel production, is evident. What’s more, the first weeks of Biden’s presidency will see a Senate consumed with President Trump’s second impeachment and the pitched confirmation battles of much of his Cabinet. Concurrently, lawmakers will also begin putting together another stimulus package.

That must contain some of the first planks of Biden’s climate policy, Ricketts said.

"That’s the big area of focus in the first six months, what does that investment agenda look like, and surely it will contain what climate policy it can," he said.

Biden already has pledged to work with incoming Senate Majority Leader Chuck Schumer of New York to get $2,000 stimulus checks to all Americans. Schumer wrote a letter to colleagues Tuesday outlining his vision for the Senate’s first actions, which will include climate action as part of the stimulus agenda, he said.

"We will consider bold legislation to defeat the climate crisis by investing in clean infrastructure and manufacturing, which will create millions of good jobs for Americans, regardless of zip code," Schumer wrote, adding later in the letter that "if our Republican colleagues decide not to partner with us in our efforts to address these issues, we will not let that stop progress."

The "progress" Schumer seeks likely will have to go through the budget reconciliation process, which allows for policies of taxing and spending to pass with simple majorities, according to Matt House, a consultant and former Schumer aide.

A slim Democratic majority means its primary tool to influence climate policy will be the power of the purse, House said. He said big sweeping legislation likely would be blocked by Republicans and even meet resistance from conservative Democrats.

But Democrats can get a lot done on climate through federal subsidies, tax policy and investments in green infrastructure. In the next two years, House said, making durable climate policy that falls outside of reconciliation, infrastructure and tax policy changes would be extremely difficult.

Still, in the first months, Democrats will have a powerful mechanism to pass climate policy in the economic stimulus, much as President Obama used the American Recovery and Reinvestment Act to pass a $90 billion climate investment — the largest in history. He said anything that fails should be tied to GOP recalcitrance.

"Bring as much into the economic stimulus bill as possible," House said. "Leverage every Cabinet agency, every rulemaking and every regulatory power that they have, and where the GOP blocks progress, make that known. It’s an electoral issue where Democrats are on the right side."

When Democrats hit roadblocks in getting climate policy through the Senate — a likely outcome — it’s incumbent that they learn from past mistakes and don’t start backing off Biden’s climate promises, said Jamal Raad, campaign director at Evergreen Action.

He noted that reconciliation should be treated as a viable option for moving climate policy, regardless of discussions in the Senate. He said the Biden administration can’t go slow because it only will get two or three reconciliation opportunities before the midterm elections in 2022, where the presidential party historically loses House seats.

"One of the mistakes that Democrats made in the past has been focused on narrow sets of how do we narrow things or compromise and get something done — and less on how are we building a set of accomplishments that we can go back to voters in two or four or six years and say we delivered on the commitments we said we would," he said. "It’s incumbent on Senate Democrats to take on the Biden climate agenda because that’s what he ran on and he won on it."

Even as Democrats focus on using the levers of the Senate to get as much climate policy passed as they can, they should not forget some of the heavier lifts, which could get more support from moderate members frustrated by outgoing Majority Leader Mitch McConnell (R-Ky.), said House, the former Schumer aide. He said the filibuster may be unappealing to Manchin today, but five months from now — after McConnell has thrown up a series of roadblocks to legislation — he may see it as viable.

"Just because votes aren’t there today doesn’t mean they’re not there a couple months down the road," House said. "Right now, there are some Democrats willing to give Republicans the benefit of the doubt, but if after they’ve done so, if all they’ve been met with is no, no, no, they may reconsider."