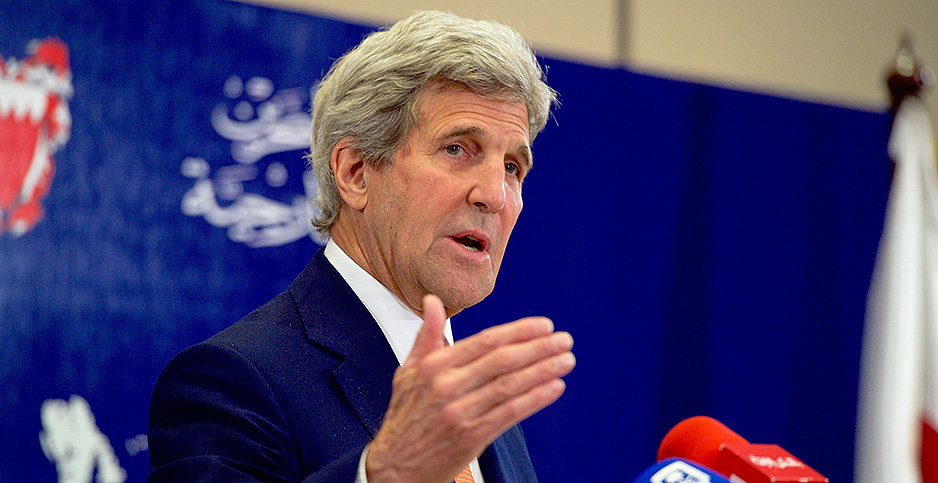 Former Secretary of State John Kerry is a surrogate for Joe Biden and his ambitious promises to address climate change. Department of State/Flickr

Joe Biden’s new climate plan commits the presumptive Democratic presidential nominee to a bevy of deadlines and targets — but the metric his campaign is emphasizing most is jobs.

The former vice president outlined a framework this week for reaching net-zero electricity emissions by 2035 and spending $2 trillion on decarbonization in his first term. But the public rollout of the plan has made little mention of those ambitious goals.

Instead, the campaign yesterday dispatched former Secretary of State John Kerry to trumpet the "millions" — or even "countless" — jobs that could spring from Biden’s "Build Back Better" plan, along with the quality-of-life improvements that would accompany better mass transit and housing.

The campaign stop demonstrated how much has changed since Kerry’s unsuccessful 2004 presidential campaign and Biden’s 2008 election to the White House with President Obama, when Democrats supported a cap-and-trade policy but rarely mentioned it on the trail.

This time, Biden has combined his climate policies with his infrastructure plan — allowing his campaign to be more assertive on the issue than past Democratic nominees, who had tended to tiptoe around the economic impacts of their climate policy. Now, economic impact is its main selling point.

Biden’s campaign is pitching his clean energy framework as a stimulus plan. Climate change is cast as a threat that can be overcome by U.S. workers and manufacturers, just as they overcame past national challenges.

"Look around you. Ask yourselves what we’re building today. What is the great national project?"

"It is a program that will help put boilermakers and steelworkers and carpenters and electricians and plumbers and heavy equipment operators — and countless others in union jobs — to work rebuilding our nation," he said.

The emphasis on labor comes as Democrats try to regain ground in the industrial Midwest. President Obama and Hillary Clinton, the 2016 Democratic nominee, lost support in those areas as Republicans blamed their environmental policies for job losses.

Glenn Brackett, president of the New Hampshire AFL-CIO, said labor leaders are trying to persuade their members that President Trump’s economic promises were lies and their jobs would be safer with Biden.

"We have to expose our members to what the truth is. And some people you can’t do it to. There are just some people that are so locked into what their preconceived notions are," he said.

"I tell my members to vote for your job," added Brackett, a member of the International Brotherhood of Electrical Workers. "Vote your job, support those who support you. And don’t buy the hype [from Trump], because you’re being lied to on a national scale."

The Trump campaign has sought to counter Biden’s messaging on the same terms, contending that his plan would cost millions of oil and gas jobs (Climatewire, July 16).

The fossil fuel sector has likewise cast its own jobs as better paying than renewable jobs, which have tended to lack union representation.