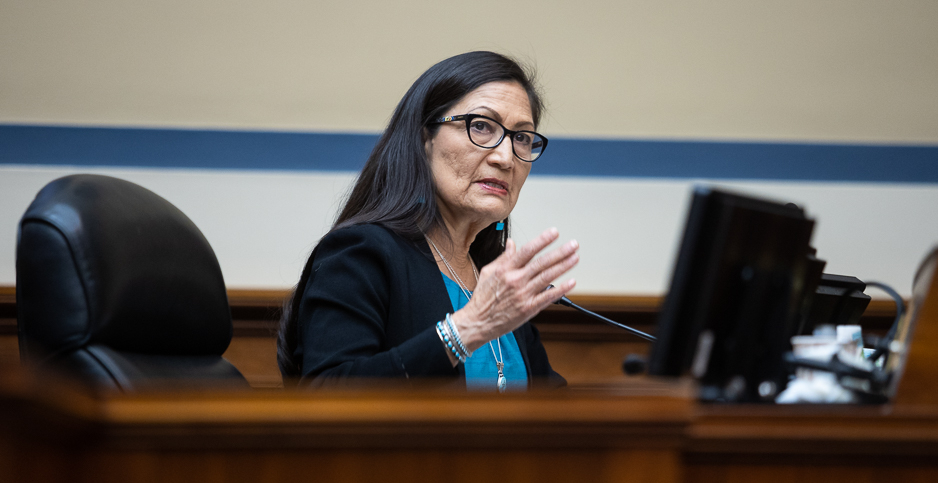 The campaign sought to reach a broad audience of union members, progressives and environmental justice advocates by highlighting different aspects of Biden’s plan — and the diverse backgrounds of his climate surrogates.

That roughly $840 billion law directed about $90 billion to clean energy. But it could have done more, Browner said.

"It did make a difference, but we left a lot on the table. There is a lot more to do," said Browner, who now chairs the League of Conservation Voters’ board.

The event was billed as the first all-hands event for Biden’s Climate Engagement Advisory Council. But one member, former South Carolina state Rep. Harold Mitchell Jr., had been diagnosed with COVID-19 and was unable to participate.

And Rep. Deb Haaland (D-N.M.), one of the first Native American women elected to Congress, emphasized that Biden would restore landscapes and protect endangered species.

Lonnie Stephenson, president of the International Brotherhood of Electrical Workers, said that "probably several hundred IBEW brothers and sisters [are] watching this presentation," including many who still work in fossil fuels.

Biden’s plan makes room for them, he said, because unions were so closely involved with the nominee’s policymaking.

"We have some members … working in coal right now and fossil [fuels]," said Stephenson, who is also on Biden’s transition team.

"We think under carbon capture [and] sequestration, there may be opportunities to still have opportunities [for those jobs in] coal. But we also know that we’re going to be transforming into more of the renewables. And so we’re ready to do that, we’re ready to assist the vice president in any way we can to move this plan forward."

Environmental justice activist Cecilia Martinez said a major strength of Biden’s plan is that it moves climate policy into the White House, rather than scattering it across agencies.

The plan "seeks to take a whole-of-government approach so that every Cabinet [member] is focused on environmental justice and the work is led from the West Wing," said Martinez, who also serves on Biden’s transition team.

Biden has personally listened to vulnerable communities tell him what they need, she said.

"Behind the scenes, no press, no cameras, no public … the vice president and his team at the highest levels have been having listening sessions with the environmental justice community," said Martinez, who is executive director of the Center for Earth, Energy and Democracy.

Those conversations have been happening from Michigan to South Carolina and many places in between, she said.

"One of the things that the vice president said, in one of those listening sessions he was actually participating in … he told our folks, ‘Look, I am not here to get your vote, although I would love that. I am here to hear from you on how to govern better. What are your ideas, what can we do to make sure we solve these problems?’" Martinez said.

It showed Biden’s sincerity, she said. "That was huge."