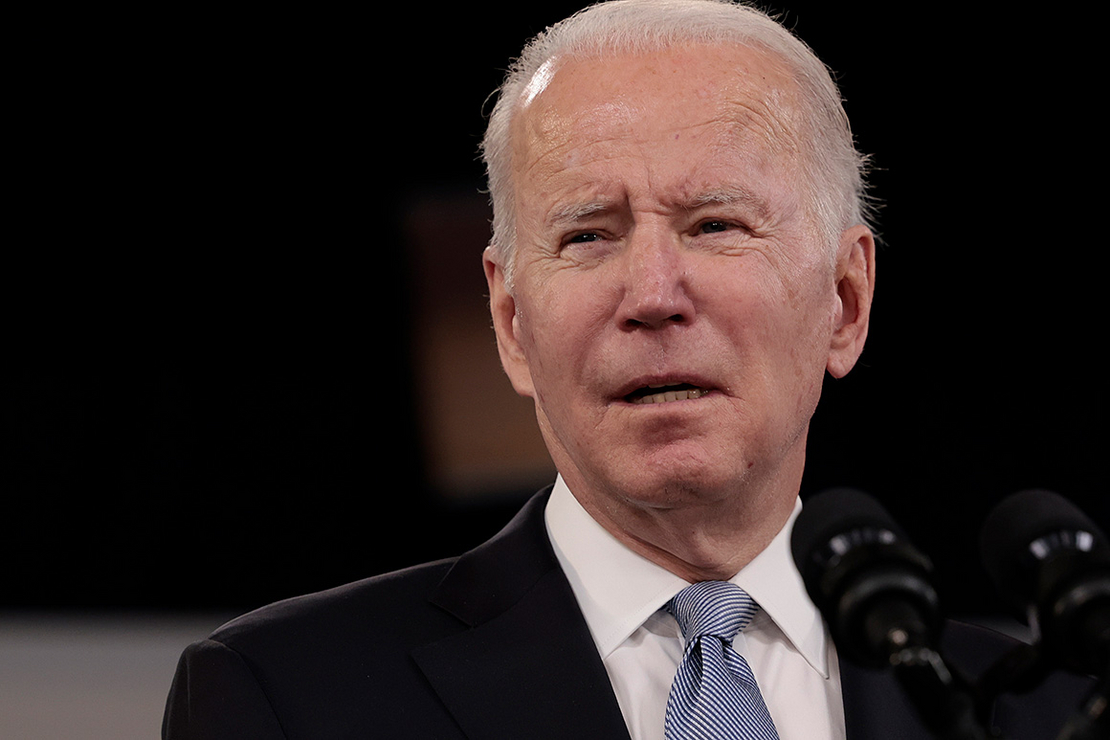 President Joe Biden talks about efforts to increase manufacturing alongside members of his Cabinet and Congress on Feb. 8 at the Eisenhower Executive Office Building in Washington. Anna Moneymaker/Getty Images

Biden on Thursday ordered the Defense Department to consider at least five metals — lithium, cobalt, graphite, nickel and manganese — as essential to national security under the Defense Production Act. This is because they are required to make the batteries used in clean energy technology, and the U.S. largely relies on other nations for the mining and processing of these metals.

Under the order, the Pentagon will be authorized to use Defense Production Act funds to inject capital into a host of mining business activities. Those activities include paying for feasibility studies to determine the economic viability of a proposed mine, or to finance “co-product and byproduct production,” a term used to describe the process of taking valuable materials from a mine that typically yields other minerals. For example, a copper mine that could also produce nickel.

The order does not explicitly fund more hardrock mineral extraction but could make U.S. mining more attractive by giving firms subsidies that improve the economics of new mines and mine expansions (E&E Daily, April 1).

It wouldn’t be the first time that the U.S. used the law to invest in more onshore mining for rocks commonly used to make electric vehicles. Former President Donald Trump used the Defense Production Act to fund more at-home production of rare earth elements, a category of minerals used for military-grade products, as well as clean energy technologies (Energywire, Oct. 1, 2020).

Almost immediately after Trump’s order was issued, the Defense Department began doling out millions to rare earths producers, and funds for rare earths have continued to flow from the agency under the Biden administration.

Biden’s order appeared to be the first use of the DPA to obtain supplies explicitly for use in clean energy products, as the order under Trump applied expressly to defense applications.

Demand for the minerals Biden identified as essential is expected to skyrocket as the world transitions away from fossil fuels. However, the U.S. is reliant on China and other countries for the mining and processing of many of these minerals, posing what government agencies have determined is a national security risk.

Ben Steinberg, a spokesperson for the Battery Materials & Technology Coalition, said the program invoked by the president last week was “probably the most powerful tool” available to a sitting president to unilaterally support a manufacturing industry. The BMTC is an informal industry group that includes U.S. graphite, lithium and nickel companies, including Piedmont Lithium Inc. and Standard Lithium Ltd.

“There are very few places in the federal government that work on scaling industries and working with critical manufacturing industries in the United States. The Defense industrial policy office is that central node,” Steinberg said. “At face value, [the order] delivers a very strong message.”

“Looking at the language included in the order, the Department of Defense now has the authority to employ a full range of strategies that will better secure domestic supplies and we are already in discussions with them on the best way to do so, with conversations occurring as soon as today,” NMA spokesperson Ashley Burke told E&E News in an email this morning.

Simon Moores, managing director of Benchmark Mineral Intelligence, stated in tweets reacting to Biden’s order on Thursday the order “will likely oil the wheels of domestic mining and refining” by “funding easy wins” and “low hanging fruit,” like collecting critical minerals as byproducts from existing mine operations.

Moores cautioned greater investments in U.S. projects “on the [scale of] tens of billions of dollars” will be needed “to make this work.”

“This industry will hope the strong EV supply chain and domestic mining direction President Biden is setting will do the job,” Moores wrote.

In terms of the total capital available for miners, it’s currently unclear how much money will be available.

Under current congressional authorizations, the Defense Department is allowed to keep up to $750 million on hand indefinitely for spending on its strategic and critical material stockpile. The administration asked Congress last week to provide $253 million for the stockpile after receiving $125 million in the recent fiscal 2022 omnibus package. It also asked for $43 million explicitly for “access to advanced battery capabilities.”

The Defense Department told E&E News last week it would defer to the White House on how Defense Production Act funds are used to boost the U.S. mining industry. The White House did not immediately respond to a request for comment.

Maxwell said the funds could be available for a range of activities, including “developing recycling programs from end-of-life or excess-to-need Federal property, qualification of new sources of supply, and materials research and development.”