Biden’s dilemma: How do you define ‘green’ hydrogen? 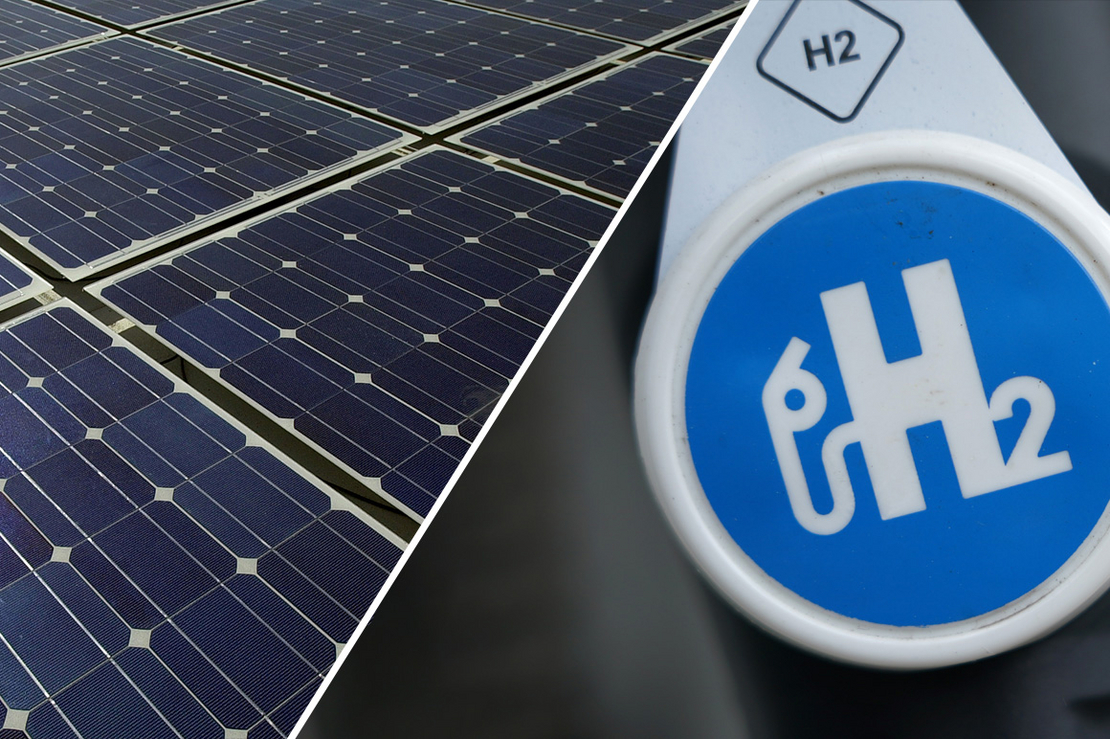 The Treasury Department is weighing new requirements for “green” hydrogen producers, creating schisms among energy groups about how to ensure the fuel is a low-carbon resource.

Green hydrogen production involves extracting the fuel from water molecules using renewable electricity in a process that doesn’t emit carbon. The climate law sought to encourage that by offering tax credits to hydrogen producers that manage to zero out their carbon emissions, rather than just paring them back.

Yet some prospective producers of hydrogen want to bend the definition of “green,” say analysts. Instead of building their own wind or solar facilities and drawing power directly from those projects on-site, some producers hope to use grid electricity — including electricity from coal or gas — while buying renewable energy certificates or other offsets so hydrogen can qualify as clean under the law.

Now, Treasury is expected to release guidance that could set conditions for hydrogen developers hoping to use offsets while claiming clean hydrogen tax credits.

“It’s the most important question for how the [clean hydrogen] tax credit is implemented,” said Matt Bravante, an analyst at BloombergNEF. “What’s going to be allowed?”

The outcome could have deep implications for hydrogen’s credibility as a climate tool. It also could set an important baseline, as green hydrogen currently is rarely produced in the U.S. but is expected to grow rapidly in coming years.

Many hydrogen advocates, including several of the nation’s most influential clean energy trade groups, argue that defining green hydrogen flexibly could bring a lot more of the fuel online. Using grid electricity to produce hydrogen would be the cheapest manufacturing option, they say. In their view, the grid will become cleaner over time, meaning the hydrogen would grow increasingly green.

But some grid modelers, think tanks and environmentalists warn that a flexible definition that allows offsets could erase the climate credibility of “green” hydrogen for years to come.

In a peer-reviewed paper published in Environmental Research Letters on Monday, researchers from Princeton University’s ZERO Lab looked into the emissions associated with green hydrogen made from grid electricity, considering a scenario in the western U.S. through 2030.

Making that type of hydrogen could be even worse for the climate than making conventional “gray” hydrogen with natural gas, particularly if the local grid was dependent on coal, the Princeton team found.

“If you just were to make hydrogen using grid power, the emissions impact … would likely be very bad,” said Wilson Ricks, a co-author of the paper and Ph.D. candidate at Princeton.

That’s because if hydrogen producers can freely use power off the grid without regard for emissions, they could generate the fuel around the clock — including during the hours with the most gas and coal, said Ricks.

The use of gas and coal power in such a scenario would be so harmful to the resulting hydrogen’s emissions profile that it would make most offsets virtually meaningless, wrote Ricks and his ZERO Lab colleagues in public comments submitted to Treasury.

To avoid the problem, Treasury should tightly restrict how green hydrogen producers can use grid electricity, they argued.

For example, hydrogen facilities could be restricted to using the same amount of electricity generated in a given hour as what is produced from new wind and solar facilities on the same grid. In that case, a hydrogen plant would have to shut down or run at minimal capacity during hours of the day when less wind or solar is being used in a given region.

Under hourly matching, “you can only consume power when [renewable electricity is] being generated,” said Ricks. That would effectively mimic how green hydrogen production works when a producer is drawing electricity directly from its own behind-the-meter wind and solar projects, he said.

“It is possibly the best policy we can do,” he added.

Treasury closed its public comment period for the guidance Dec. 3. Spokespeople did not provide further detail on when the full clean hydrogen tax credit guidance would be released, although the IRS has already finalized guidance on other areas of the climate law, such as prevailing wage and apprenticeship requirements for renewable electricity projects (E&E News PM, Nov. 29).

Several groups have sided with the ZERO Lab in urging Treasury to require hourly matching, including researchers at the International Council for Clean Transportation and advocates at the Natural Resources Defense Council; RMI; and the nonprofit Clean Energy Buyers Association, which advises corporations on carbon-free goals.

But trade groups like the Edison Electric Institute (EEI), the American Clean Power Association and the American Council on Renewable Energy (ACORE), as well as oil and gas majors like Shell PLC and fuel-cell companies like Plug Power Inc., are pushing back against the concept.

Hourly matching rules would “dramatically increase the price of the hydrogen produced” by 70 percent to 170 percent and “severely limit the adoption of green hydrogen,” EEI said in a Dec. 2 comment to Treasury.

Earlier this year, the European Union voted to scrap its own hourly matching requirement for green hydrogen “over concerns that such requirements would be too complex to implement, hinder growth of the green hydrogen sector … and drive investment to the United States,” the group noted.

Instead, hydrogen developers should be allowed to use the same amount of electricity as the annual output of solar and wind projects on a given grid, argued EEI, ACORE and the American Clean Power Association.

Large corporations have long struck agreements to buy annual volumes of renewable electricity that equal the amount of power they consume over the course of a year, and they counted those deals toward carbon neutrality goals. That practice has helped bankroll renewables’ growth over the last decade.

Hydrogen producers should be able to do the same while qualifying for the Inflation Reduction Act’s credits, said policy directors at ACORE.

“We don’t want to be hamstringing the industry while they are building out to scale. That’s the key to our comments,” said Allison Nyholm, vice president of policy for ACORE. “We need to give our industry the available tools to build out.”

“This is part of a greening grid. You want to make sure there’s enough flexibility provided with accountability,” she said.

‘The cheapest way to do it’

To date, only a handful of green hydrogen projects have emerged in the U.S., mostly pilots from investor-owned utilities. It remains unclear to what extent grid electricity might prove to be the favorite power source for hydrogen producers.

Analysts say the use of grid electricity would be widespread if Treasury allows developers to claim tax credits while producing green hydrogen.

“It’s definitely the cheapest way to do it,” said Bravante, of BNEF.

Undertaking hourly matching would boost production costs by less than $1 per kilogram of hydrogen, they concluded in their study. The maximum clean hydrogen tax credit under the climate law is $3 per kilogram.

“There is going to be a financial cost to meeting a more stringent requirement. But I think a much greater risk is, we get too scared to implement robust requirements [for emissions],” said Ricks.

The dilemma facing Treasury follows long-simmering battles about how “clean” hydrogen should be broadly defined and what place it should have in the U.S.’s climate plans.

Some green groups have fought plans for “blue” hydrogen, which is made by pairing natural gas with carbon capture, and accused fossil fuel developers of using the concept as a form of greenwashing (Energywire, Feb. 17).

But other environmentalists have also backed green hydrogen development, particularly when it is consumed in fuel-cell systems like the kind that power hydrogen vehicles (Energywire, Dec. 19). If hydrogen is truly zero carbon, it could substitute for fossil fuels as a way to decarbonize the heaviest classes of trucks, high-heat types of manufacturing and other energy sources that are hard to electrify, they say.

In 2019, a Stanford University team concluded that many corporations’ goals for renewable power fell short of an actual carbon-free commitment (Climatewire, May 28, 2019). The study found that guaranteeing a 100 percent reduction of company emissions would require hourly matching of renewable generation with the company’s electricity consumption — the same requirement being recommended by the ZERO Lab for Treasury’s green hydrogen guidance.

A few large corporations, like Google and Microsoft Corp., have since embraced hourly matching for 100 percent of their power consumption. Federal agencies also are targeting something similar. In a December 2021 executive order, President Joe Biden ordered agencies to halve their carbon emissions by 2030 while matching their electricity consumption to clean generation on an hourly basis (Energywire, Dec. 13, 2021).

Bravante said that the nascent green hydrogen industry is unique in that it is being forced to confront hard questions about renewable offsets before it has emerged at scale.

Prior to the climate law’s passage, he said, “the greenness of your hydrogen was more marketing than anything. [Its emissions profile] didn’t really matter, because there was no money on the line.”

The law’s tax credits have changed that. “It actually has a financial implication, now,” Bravante said.