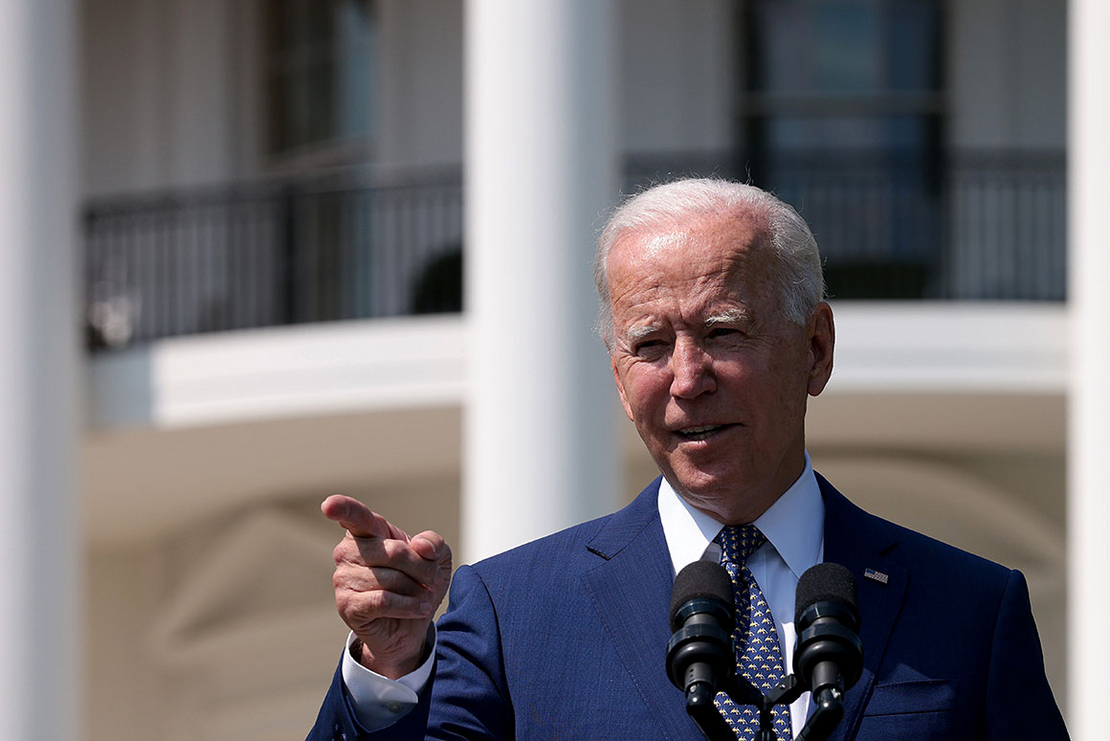 President Biden presented his vision yesterday for putting electric vehicles at the heart of the U.S. car industry, but some policy experts said that the target would do little to transform the industry and that automaker support could fall apart in coming years.

In an executive order, Biden set a new national goal that 50% of new car sales by 2030 be electric vehicles, casting the plan as part of an "all-out effort" to build out the country’s base of EV manufacturing and compete with China.

"The question is whether we’ll lead or fall behind in the race for the future," Biden said at the signing.

The 50% goal was presented alongside the chief executives of General Motors Co., Ford Motor Co. and Stellantis NV — the country’s so-called Big Three powerhouses of gas car production — and the head of the United Auto Workers.

Yet the target has no penalty for noncompliance. Statements from industry, including some companies that were part of the White House’s own releases, made clear that their buy-in was conditioned on the emergence of new policies, even as Congress’ willingness to fund new support for EVs remains in doubt. Many car analysts also cautioned that achieving 50% EV sales would depend not just on new incentives, but on stiffer federal regulation developed over several years.

"Just on the goodwill of the car companies alone, it’s not going to happen," he said.

The Biden administration’s new draft rules for vehicle emissions and efficiency, also released yesterday by EPA and the National Highway Traffic Safety Administration, likely wouldn’t lead to a 50% EV sales rate by themselves, he added. Tougher regulations will need to be enacted over time, he said.

"You can’t ask the companies to turn on a dime," said Tal. "It’s going to be a long process."

Biden’s target was met with mixed reactions from environmentalists, some of whom had called for the president to declare a higher sales percentage for 2030.

“After unjustified delays by the Trump administration, President Biden is getting us back on the road to cleaning up tailpipe pollution, the largest source of carbon emissions," said Simon Mui, deputy director for clean vehicles and fuels at the Natural Resources Defense Council.

But "it’s clear that we need to dramatically accelerate progress" by "eliminating excessive giveaways to the [car] industry,” he added.

Automakers emphasized the scale and difficulty of an EV transition. In a joint statement, the three car companies hinged the goal on the enactment of the "full suite of electrification policies" previously backed by the Biden administration, including sales incentives for drivers and EV manufacturing incentives. The size of Biden’s original policy requests has shrunk, in many cases, amid congressional negotiations.

In a separate statement, the Alliance for Automotive Innovation, the car industry’s main trade group, said its members were "poised to accept the challenge" of 40% to 50% EV sales by decade’s end — if federal and state governments offered sufficient help.

"The auto industry has stepped up — investments in electrification globally will exceed $330 billion by 2025. But all levels of government will need to do their part for this challenge to succeed," said John Bozzella, the group’s president.

That sort of qualified support for Biden’s sales goal is a shift for the industry in comparison with two years ago. Then, General Motors and Fiat-Chrysler — which has since merged with Peugeot to become Stellantis — were among the major automakers that sided with the Trump administration’s attempt to strip California of its authority to set stricter car rules.

Now, those same companies are pledging to bring EVs from about 2% of the national market to at least 40% of their own sales — with GM saying it will aim for 100% EVs by 2035.

The rapid evolution might suggest the prospect of a reversal from automakers in the future, although some analysts say that many companies are signaling that their intentions are real by pouring money into electric vehicles. One op-ed published yesterday by Nate Bullard, chief content officer for market researcher BloombergNEF, noted that EV plans made up roughly half of capital expenditures last year at all of the Big Three automakers.

"What this feels like to me is JFK’s moonshot," said Karl Brauer, executive analyst for auto researcher iSeeCars.com. "There was no binding requirement. Nobody was going to get in trouble if the U.S. didn’t get to the moon by the end of the decade. But we did get there. There was an aspirational desire to get there."

The lead-up to Biden’s goal came after months of public campaigning by many environmentalists, who pressured the administration to ban gas car sales entirely by 2035. Fifteen state governors also wrote to the president asking him to declare a phaseout.

An International Energy Agency report in May that traced pathways to net-zero CO2 emissions globally also called for an end date to gas car sales. IEA concluded that by 2035 at the latest, governments would have to halt sales of gas cars and even hybrids in order to keep the world on track with the Paris climate accord.