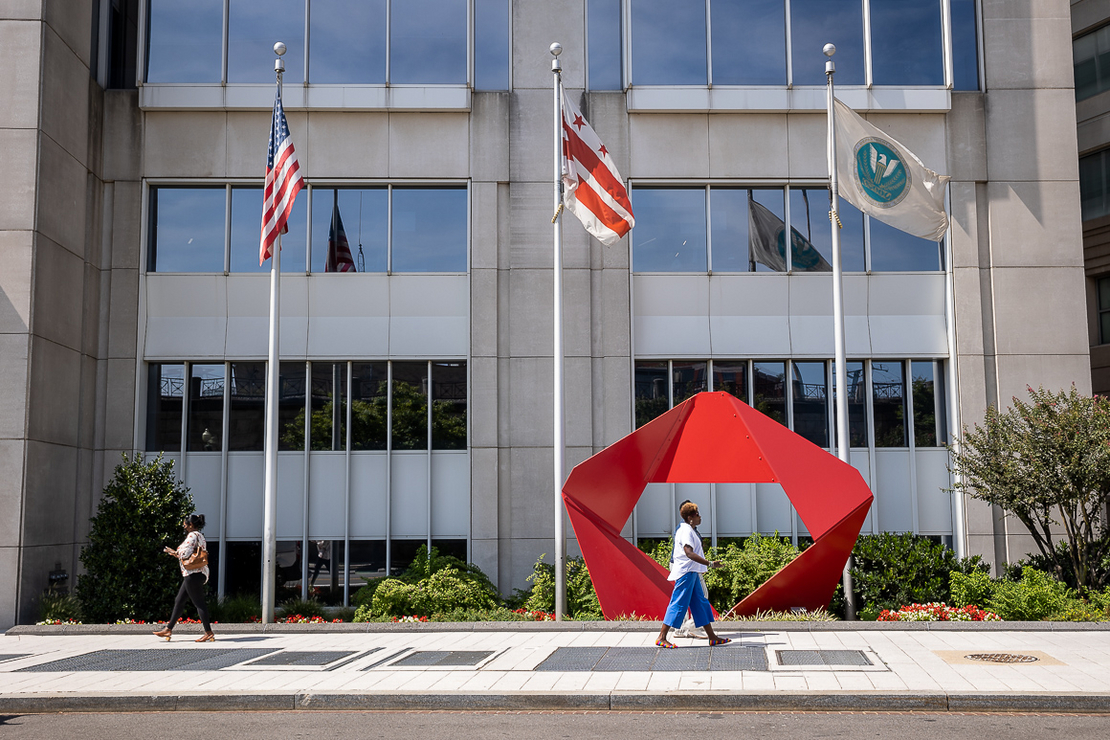 The Federal Energy Regulatory Commission is set to become a more significant player for the Biden administration’s clean energy agenda, as the agency is poised to hold a Democratic majority for the first time in 4 ½ years.

President Biden announced yesterday his intent to nominate Willie Phillips, chairman of the Public Service Commission of the District of Columbia, to serve as FERC’s fifth commissioner. Charged with regulating wholesale electricity markets, power transmission and large natural gas projects, the five-member independent agency has enormous sway over the Biden administration’s clean energy priorities, including the goal of a 100 percent carbon-free grid by 2035, analysts said.

FERC has had a Republican majority or a partisan tie since 2017. As of January, the commission has been led by Chairman Richard Glick, a Democrat who has sought to increase the agency’s accounting of climate change and environmental justice impacts in its decisions. But those efforts haven’t always won majority support.

If Phillips is confirmed by the Senate, FERC could begin to take more aggressive steps to consider the climate effects of proposed new natural gas pipelines and to eliminate market barriers for renewable energy, analysts said. A Democrat, Phillips is expected to take similar positions on some key issues to those of Glick and the commission’s other Democrat, Allison Clements (Greenwire, Sept. 9).

“Even though, as an independent agency, FERC isn’t necessarily under the same administrative umbrella, they have a really huge role to play,” said Jessica Bell, deputy director of the State Energy & Environmental Impact Center at New York University’s School of Law.

Senate lawmakers will need to confirm Phillips before he can join the commission, which could take several months. The process may be stalled with Democrats prioritizing the passage of a significant budget reconciliation package, said Jeff Dennis, general counsel at the clean energy trade group Advanced Energy Economy.

“My experience is sometimes [confirmations] happen really fast, or they drag on for a really long time,” Dennis said.

The commission has also formed a joint task force with state utility regulators to tackle challenges that may be holding back the development of transmission infrastructure needed to support far-flung renewable energy projects.

Also, having five commissioners at FERC will significantly reduce the likelihood of the commission reaching a stalemate on various decisions. Former Republican Commissioner Neil Chatterjee stepped down from his role at FERC last month, leaving the regulatory body with two Democrats and two Republicans.

“It’s really key that we have five commissioners at FERC in order for the president’s clean energy goals to be able to advance there,” said Sean Gallagher, vice president of state and regulatory affairs at the Solar Energy Industries Association.

Phillips could end up being a deciding vote on at least few key issues currently before FERC, analysts said.

In February, the commission reopened an earlier inquiry into how it reviews and approves new natural gas pipelines. Having been accused over the years of being a “rubber stamp” for natural gas projects, FERC is considering reforms that could compel the commission to consider environmental justice impacts, greenhouse gas emissions, states’ climate goals and other factors when deciding whether to approve new projects.

“By having a five-member commission, hopefully they can get a good number of those commissioners on board and create something that’s robust and will take into account greenhouse gas impacts and environmental justice,” Bell said of potential changes to a 1999 policy statement.

In a statement yesterday, the Interstate Natural Gas Association of America called for the Senate to act promptly on the nomination because “an effective and efficient FERC is key to enabling a reliable and resilient natural gas system to meet the growing energy needs of our country.”

“As the Senate considers Chairman Phillips’ nomination, it is critical that he demonstrate a commitment to a predictable and clear regulatory process and evaluating each project on its merits in accordance with federal law to ensure that needed natural gas infrastructure will be built in a timely fashion,” said INGAA President Amy Andryszak.

In addition, Phillips seems generally supportive of reducing barriers for renewable energy and other technologies such as demand response so they can fully participate in wholesale markets, several experts pointed out.

Analysts at ClearView Energy Partners LLC noted that D.C.’s clean energy ambitions under Phillips include a commitment to use 100 percent renewable energy by 2032, although they added that some organizations may question his work history.

“Earlier in his career, Phillips worked for former U.S. Senator and later U.S. Attorney General, Jeff Sessions (R-GA), and interned in the Office of General Counsel under the George W. Bush administration — a bipartisan history that may appeal to moderates although it may disappoint progressives,” ClearView said in a note to clients yesterday.

In April, Phillips spoke at a FERC technical conference where he shared his support for incentivizing clean energy technologies and called for electrification of other types of energy resources. In a world with electrified transportation, school buses could provide grid reliability benefits, Phillips said at the time.

“You look at a school bus parking lot, and you see a parking lot. I see a power plant. I see a storage facility. How great would it be for us to tap into that resource to benefit the system?” Phillips said during the conference.

That perspective could be valuable for FERC’s broad inquiry into potential reforms to the electric transmission planning process, according to Dennis. More widespread electric transportation would increase power demand, furthering the need to build new transmission lines, Dennis said.

Overall, Phillips has demonstrated a commitment to the energy transition and to FERC’s role as a key player in helping speed up the process for getting new renewable energy projects up and running, said Gallagher of SEIA.

“When we spoke to him, he was passionate about getting the District and Public Service Commission to lead on the energy transition,” Gallagher said. “He also understands some of the nitty-gritty issues like interconnection and how important an efficient, timely interconnection process is to actually being able to bring clean energy projects online.”

Nonetheless, environmental justice groups and local organizations in Washington, D.C., said they were disappointed with the administration’s selection of Phillips to serve as one of the nation’s top energy regulators. As a commissioner and chairman on the D.C. PSC, Phillips has sided with electric utilities in the city at the expense of consumer protection and climate action, said Jeff Stottlemyer, an organizer with We Power DC, a coalition advocating for local control of the district’s energy system.

“Willie Phillips represents business as usual in terms of utility regulations, which we can no longer afford,” Stottlemyer said in an email. “The Biden administration must not waste the opportunity to establish a bolder and more progressive FERC, and we therefore call for the withdrawal of the Phillips nomination.”

Phillips’ appointment — pending Senate confirmation — is good news for those hoping to see a “greener” FERC, said Paul Patterson, an analyst at Glenrock Associates LLC. But it won’t necessarily be a “panacea” for the transition to carbon-free energy, Patterson said.

“Bottom line is large renewable related infrastructure faces many of the same challenges other big infrastructure projects do,” Patterson said in an email, “and I don’t know of any magic wand FERC can wave to make all those hurdles go away.”