Biden’s plan to have it all on climate, energy 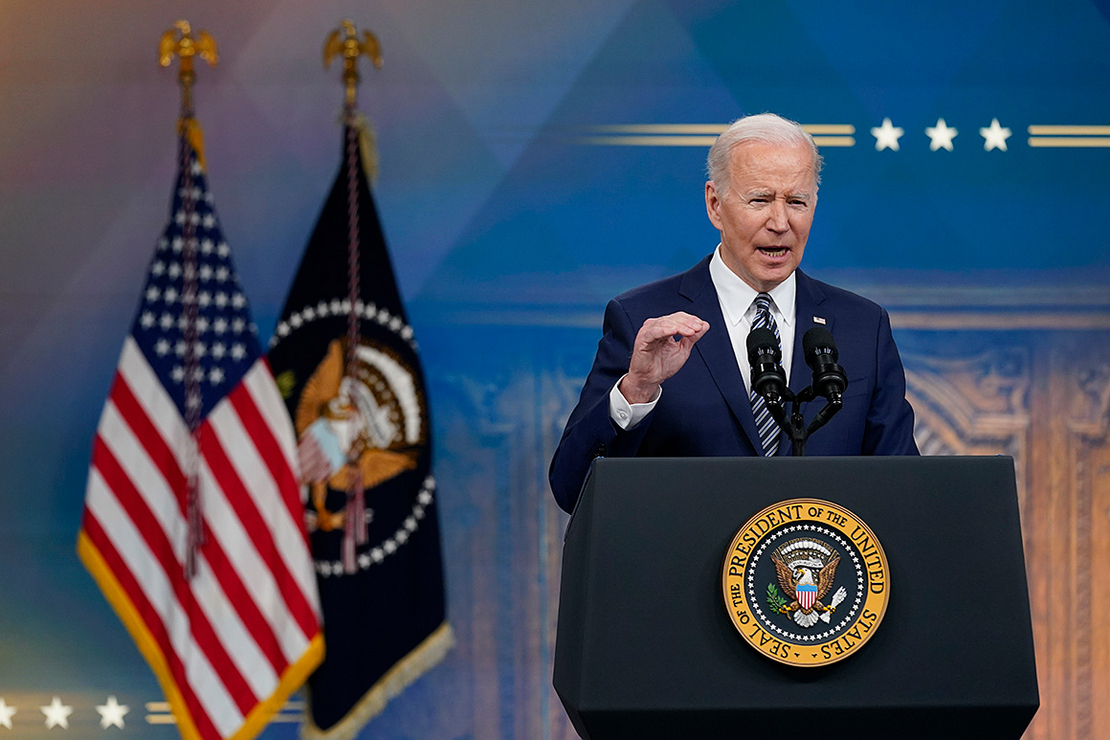 President Biden today outlined his plan to combat climate change while dealing with rising gas prices spurred by Russia’s invasion of Ukraine: Ramp up U.S. energy and mineral production in the short term and slash demand in the long term.

“We need to choose long-term security over energy and climate vulnerability,” Biden said today at the White House as he laid out plans to ease gas prices for U.S. consumers. “We need to double down on our commitment to clean energy and tackling the climate crisis with our partners and allies around the world.”

The White House plans to release 1 million barrels of additional oil per day on average from the Strategic Petroleum Reserve for the next six months. Biden justified the release in a memo issued today.

“The Russian Federation’s unjustified, unprovoked, and unconscionable war against Ukraine, including its further invasion in violation of international law and its ongoing destructive military campaign across Ukraine, has had a profound impact on global oil markets,” Biden wrote.

In his memo promoting increased domestic mining of critical minerals, Biden also determined it is “essential to the national defense” under the Defense Production Act to support “sustainable and responsible” mining, as well as the processing of “strategic and critical materials” making batteries used in “the automotive, e-mobility, and stationary storage sectors.”

The order authorized the Defense Department to make “purchases, purchase commitments, or other action[s]” to support a host of business activities often required for mining companies to build a new mine, according to a copy of the order released by the White House.

The order also stated that “nothing in [the] determination shall be construed to waive or supersede the requirement for mines or other industrial facilities to comply with all federal and state permitting requirements and environmental health and safety laws.”

According to the order, commodities “such as lithium, nickel, cobalt, graphite, and manganese” will be identified as “necessary for the clean energy transition,” allowing mines that produce the minerals to be eligible for support under the Defense Production Act.

Ashley Burke, a spokesperson for the National Mining Association, said the use of the phrase “such as” within the text of the order suggests there may be room for other commodities beyond the five that were named to also qualify for federal support.

The White House did not immediately respond to a request for comment on whether other commodities beyond those named in the order would qualify for support under the presidential determination.

While the mining industry enjoyed Biden’s announcement, critics of the strategy were quick to accuse the administration of not doing enough to spur domestic energy production and of failing to go far enough to combat climate change.

It’s also unclear whether Biden’s plan will be successful in meaningfully affecting supply or demand for fossil fuels in the short term. Historically, releases from the Strategic Petroleum Reserve have failed to meaningfully lower gas prices fast enough for consumers to feel immediately.

Biden’s ambitious climate change policies have stalled in Congress due to the opposition of a few Senate Democrats whose votes would be needed to pass sweeping legislation. Today’s announcement was Biden turning to his executive authorities in a bid to boost oil and mineral production.

Addressing the oil industry, Biden said today was “a moment of patriotism.” He acknowledged that some oil companies have increased production as gas prices have soared. “But some companies have been pretty blunt,” he said. “They don’t want to increase supply because [Russian President Vladimir] Putin’s price hike means higher profits.”

“Look, I’m a capitalist. I have no problem with companies turning a good profit,” Biden added. “But companies have an obligation that goes just beyond their shareholders to their customers, their communities and their country.”

The president said he wants Congress to force oil companies to pay fees on wells that have been idle for years and on acres of public lands where they hold leases but aren’t producing oil. House Speaker Nancy Pelosi (D-Calif.) told reporters today that she’s open to legislation imposing fees on energy companies who hold federal leases but don’t pursue drilling.

The oil industry is skeptical of Biden’s plans. American Petroleum Institute President and CEO Mike Sommers said today that the Strategic Petroleum Reserve “was put in place to reduce the impact of significant supply chain disruptions, and while today’s release may provide some short-term relief, it is far from a long-term solution to the economic pain Americans are feeling at the pump.”