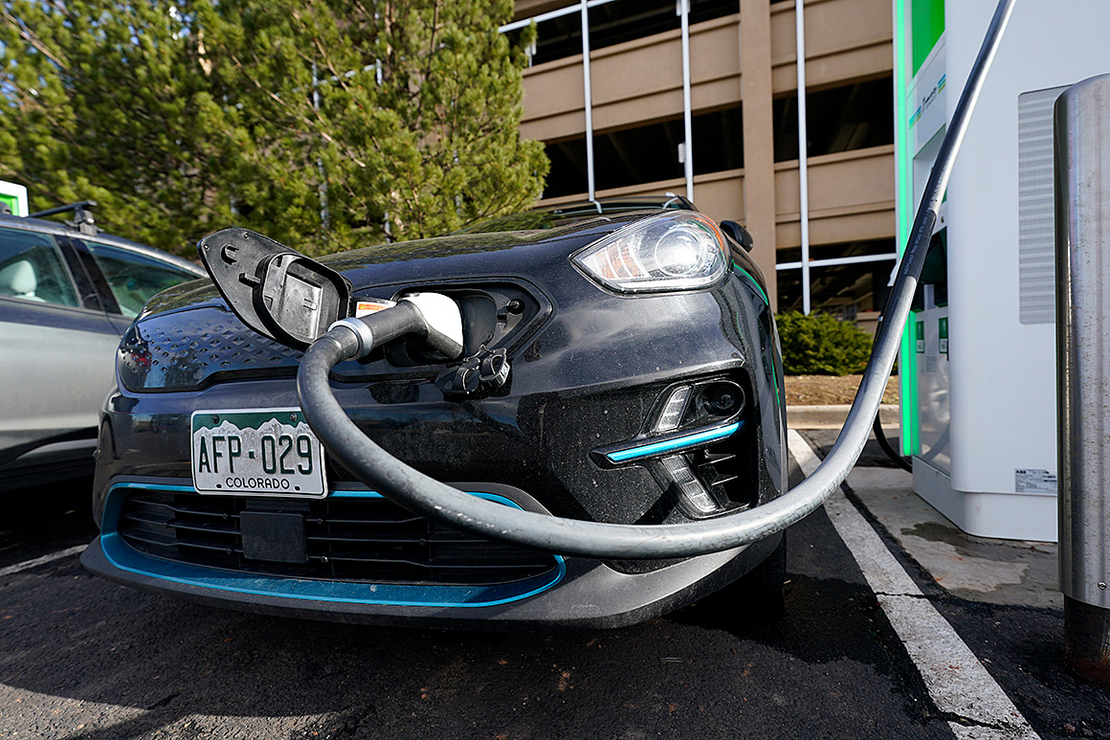 Increasingly, states tasked with carrying out the president’s vision are concerned that the made-in-America requirement for EV chargers could stall or derail the effort.

The problem, states say, is an economic one. The number of known manufacturers whose supply of EV chargers comply with the president’s “Buy America” requirement is few, and the demand for these ports is about to skyrocket.

“As all of the states are tapping into this new funding program to build out this infrastructure, there’s a good chance that the market won’t be able to sustain that level of demand,” said Melissa Savage, the environment program director at the American Association of State Highway and Transportation Officials (AASHTO).

Biden long has pledged to swap out fossil fuel-powered cars and trucks for electric ones in order to curb planet-warming emissions. But he also sees opportunity in developing the nation’s electric vehicle infrastructure. The effort can boost domestic supply chains and create jobs.

In response to a request for information from DOT, states and other stakeholders asked the department to provide maximum flexibility in issuing forthcoming guidance for how states should deploy EV charging ports.

States that already have poured time and resources into developing their charging infrastructure said they need the flexibility to build on existing plans.

According to the National Conference of State Legislatures, at least 47 states offer incentives to support the deployment of EVs or alternative fuel vehicles.

Some states suggested that DOT provide waivers, allowing certain parts to be imported from abroad, or slowly phase in the Buy America requirements. Other states requested technical assistance in implementing DOT’s vision.

Several states raised red flags. In a letter to the Transportation Department, Idaho, Montana, North Dakota, South Dakota and Wyoming expressed doubt about the availability of any EV chargers made and assembled in the United States. They added that the rural character of their states could pose even greater challenges.

“We are concerned that the programs could be particularly hard to implement in rural states if USDOT and [the Federal Highway Administration] do not implement the provisions with flexibility,” the state transportation agencies wrote.

“Such flexibility is particularly appropriate due to concern that states will not be able to locate sufficient, if any, EV charging equipment that complies with Buy America requirements.”

Part of the issue is that DOT has yet to specify exactly how manufacturers would be expected to comply with the Buy America provision and whether or not states can apply for waivers.

That guidance is expected in the coming months. In the meantime, DOT is reviewing stakeholder comments.

It’s also not yet clear whether every part of an EV charger, down to the nuts and bolts, will need to be made in the United States. Certain raw materials, such as steel, are difficult to source locally.

New Jersey expressed concern about overly restrictive requirements, particularly with regard to “make-ready” components. The term refers to parts such as wiring used in charging stations.

“If the Buy America requirement were to extend to Make-Ready components this would create an incredibly complex challenge for both states and utilities to meet or even attempt to verify,” stated comments submitted by New Jersey’s Department of Environmental Protection, Board of Public Utilities and Economic Development Authority.

The New Jersey agencies requested that make-ready components not be required to comply with Buy America provision. And if they are included, the agencies said, the burden of proof should fall on the federal government.

Some states, such as Maine and Pennsylvania, suggested that DOT slowly ramp up Buy America requirements or offer waivers.

“Many of the companies that produce charging equipment are not familiar with federal requirements like Buy America,” Maine Department of Transportation Chief Engineer Joyce Noel Taylor wrote in a letter. “We recommend a transition period before requiring Buy America.”

AASHTO President Shawn Wilson said it would take time for companies to establish efficient and quality processes, as well as to find and train skilled workers.

“USDOT needs to be reasonable and flexible with its requirements in order to encourage stable growth of this burgeoning industry, as opposed to creating a feeding frenzy on the few existing suppliers,” Wilson wrote in a letter to the department.

The Transportation Department declined to speak on the record for this story.